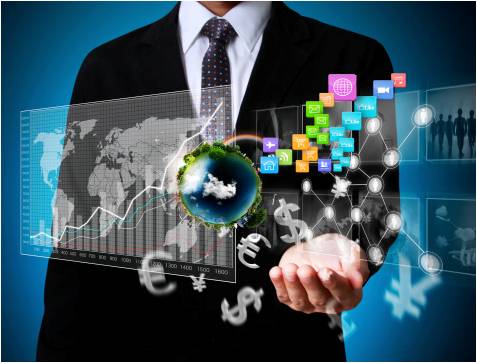 This morning, the Department of Commerce said that the United States’ Gross Domestic Product (GDP) is bigger than we thought -about 3% bigger. And we have R&D and a wide range of creative works including movies, like Disney’s Iron Man, and television shows, like HBO’s Game of Thrones, to thank for it.

Starting today, the Bureau of Economic Analysis (BEA) is changing the method it uses to calculate GDP to better reflect the economic contributions that come from businesses investing in research and development and the creation of copyrighted works like films and television series. Put simply, this means that the national GDP now more accurately reflects the economic activity generated by creative works.

Originally announced back in March, this “comprehensive review” is among those carried out by the Bureau every five years or so in order to better quantify the GDP, and the latest change reflects the realities of an economy that is dependent on people investing in ideas and developing new intellectual property, along with tangible goods.

The BEA has revised the calculations for the GDP all the way back to 1929, showing that it has actually been about 3% higher than previously reported. According to these new numbers, research and development and entertainment added $471 billion to the revised $16.2 trillion overall economy through the end of 2012. The investment in films, television shows, literature and music produced by the entertainment industry was approximately $74 billion in 2012, and $75.3 billion in Q2 of 2013.

For years, the BEA treated the money that was spent creating new entertainment works as current expenses — or costs of business. Therefore the film and television industry was captured in the GDP only downstream based on revenue generated by film and television products, and did not include the impact on the economy based on their investment.

The change reflects that in economic terms, film and television works are an intangible asset, not an expense. Long after they’re first developed, these creations continue to retain their value and deliver residual benefits. Films and TV shows, for instance, are licensed and sold to different markets for years – even decades – after their original release. It goes without saying that when productions decide to film a movie or television show in a local community, they invest a great deal of money there when they create production facilities, employ local workers as members of the cast and crew, and rely on local small businesses over the course of production – now the impact of that production investment is being reflected in the national economic calculations as well.

These artistic originals will be getting the recognition they deserve as long term investments that contribute to the strength of the U.S. economy. Today, we live in a world and in a country where researchers, technology developers, and creative artists are vital to the economy. While these changes in BEA’s formula will not change the economic growth the nation has experienced, they will give us a much more accurate picture of the world we live in today. And they will more accurately reflect the important role that the American film and television industry has, and will continue to play, in strengthening our nation’s economy.

This piece was originally posted on HuffingtonPost.Com and can be read in its original format here.