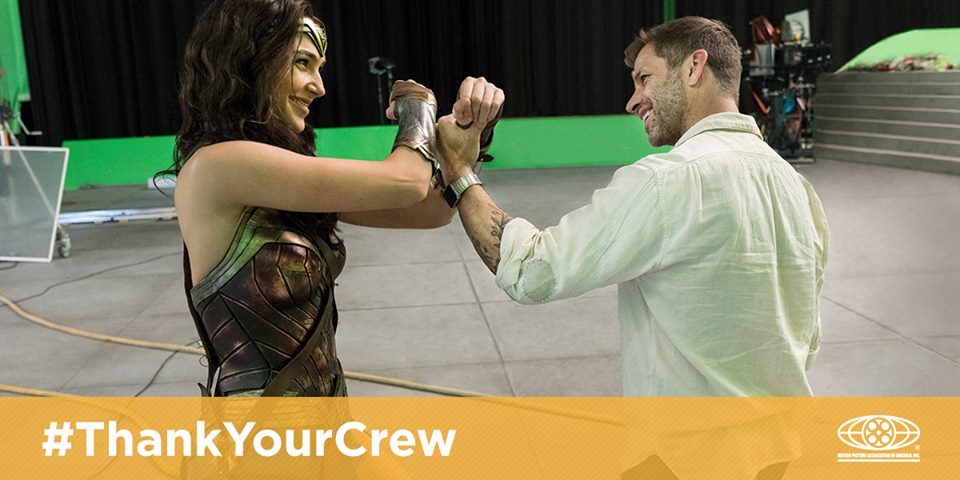 This month, we joined some of our partners in the creative community to recognize the millions of Americans who bring audiences around the world great content. From writers to caterers, actors to set designers, directors to electricians, we are grateful to all those who work in the industry.

Here are a few #ThankYourCrew highlights from social media:

This Thanksgiving, we’re joining @MPAA to thank all of the incredible creators who work on your favorite TV shows and movies. If you’ve worked on a project this year, share a photo with your team and #ThankYourCrew. pic.twitter.com/VRAXZ4BW5N

Women In Film is so fortunate to have amazing staff, volunteers, and interns! Throwback to #eclipse2017! #thankyourcrew #thanksgiving pic.twitter.com/gBrou5qvTJ

This week, we’re taking some time to say Thank You. Join us in celebrating all the hard-working individuals who make our work possible. #ThankYourCrew pic.twitter.com/CnvrZyOOqQ

RT @MPAA and everyone who works behind the scenes in film and TV production. #ThankYourCrew https://t.co/cvtQqaCMdB

MMTC thanks @MPAA and everyone who works behind the scenes in film and TV production. #ThankYourCrew https://t.co/M08VQTswjA

The unsung heroes of Austin City Limits, some of whom have been on the crew for 4 decades. #ThankYourCrew https://t.co/juLY7EKmVw pic.twitter.com/Uc1mRVrrot