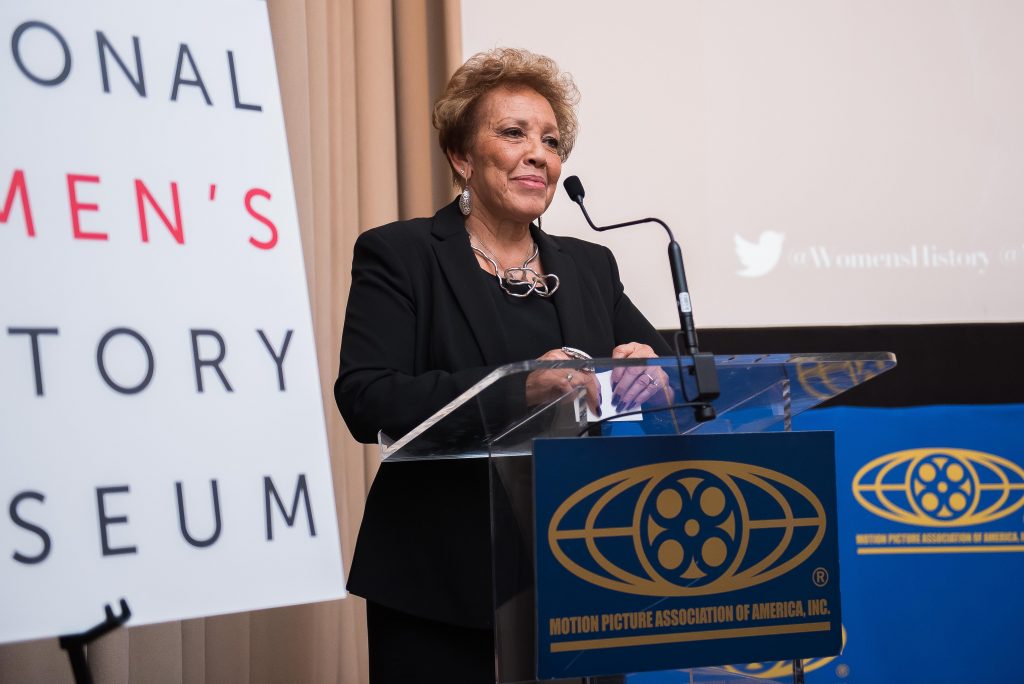 Last night, the MPAA and National Women’s History Museum co-hosted a screening of Hidden Figures, the Oscar-nominated breakout story of a brilliant group of women who played a vital role in America’s race to space. The evening began with a discussion of the distinctive history of women in the space program and how the National Women’s History Museum preserves their stories.

Hidden Figures, nominated for the Academy Awards Best Picture, Best Supporting Actress, and Best Writing Adapted Screenplay, introduces us to Katherine Johnson, Dorothy Vaughan, and Mary Jackson, pioneering NASA mathematicians who changed the foundations of the country for the better and were incredible role models for equal rights and opportunity.

We were honored that Joylette Hylick, daughter of Katherine Johnson, was among the many special guests who attended. Ms. Hylick shared her personal experience growing up with her inspiring, yet incredibly humble, mother and underscored the importance of sharing her mother’s story.

“She always liked numbers,” Hylick told WUSA9. “Her father told her when she was growing up that you’re no less than anybody and you’re no better. I think that just said that there was nobody you needed to be intimidated by. She knew what she knew. She knew what she wanted to know. She said if I don’t know the answer I’ll get it.” Hylick explained that her mother was more interested in seeing how people reacted to the film, than receiving credit for her amazing accomplishments.

The film has not only inspired audiences but truly touched the many creators responsible for bringing it to life. Janelle Monae, who plays Mary Jackson in the film, recently expressed her enthusiasm for the storyline, “First of all, when I read this script, I was blown away. I thought, wow, finally African American women were not just going to be maids or any of the stereotypical characters we see. The film was going to finally be honing in on the brilliance of these women.”

Some of the artists who helped craft this moving film, including screenwriter Allison Schroeder, cinematographer Mandy Walker, costume designer Renee Ehrlich Kalfus, and production designer Wynn Thomas, were recently featured on WheretoWatch.com discussing their unique experience in bringing this story to the screen.

Still playing in theaters across the country, you can learn more about Hidden Figures here.