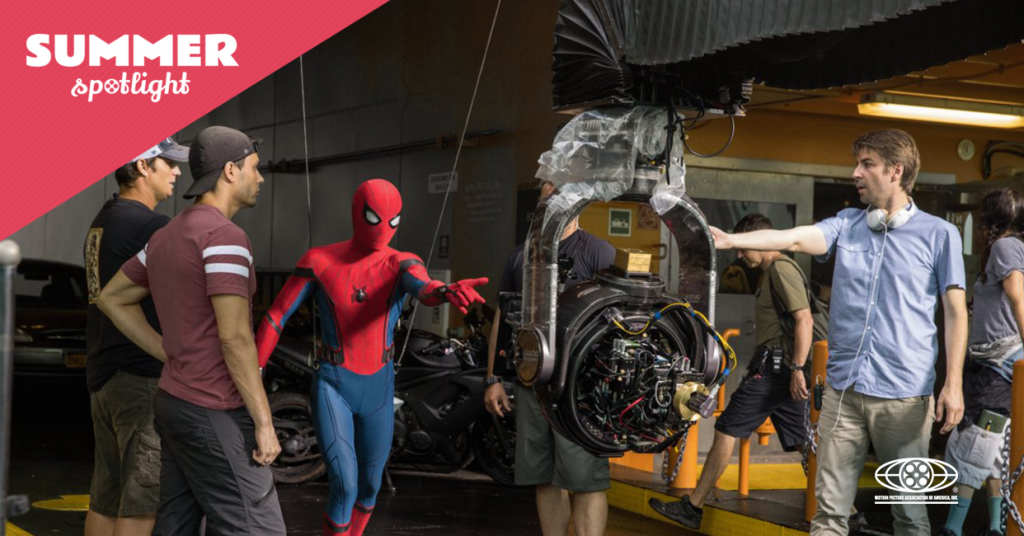 Last night, the MPAA hosted an educational presentation and screening of Spider-man: Homecoming, which pits the youngest Marvel member against supervillain Vulture with the help of Iron Man.

Spidey swung into Georgia, New York, and Washington, D.C. to film the latest reboot of the adventures of high-flying Peter Parker. The film spent more than 60 days on location in Georgia, with a significant portion of the production’s spending going toward a wide array of in-state businesses and industries, as has been reported in local media outlets. With Atlanta as the hub, the production traveled to destinations across the state, including Atlanta Piedmont Park, Georgia World Congress, Grady High School (among others), Pinewood Studios, Fayette County, Peachtree City, Emerson, Hampton, Jackson, Tyrone, and Riverdale.

“It takes teams and teams of people working in tandem to create a feature film. Drone Pilot, Spider-Man suit designer, Plasterer, and Gang Boss – those are just some of the job titles of the women and men who worked on this movie,” said MPAA EVP of Global Policy Joanna McIntosh. “Spider-man: Homecoming is a thrill for audiences in theaters around the world. And it is especially exciting for the local communities in Georgia experiencing the significant benefits from this production. Georgia’s economy continues to benefit from the many film and television productions the state continues to attract.”

According to the Atlanta Business Chronicle, Georgia’s film industry generated $9.5 billion in economic impact in fiscal 2017. Local media outlets, including the Atlanta Journal-Constitution, WSB-TV, and Atlanta Business Chronicle reported on the production of Spider-man: Homecoming in Georgia and the many local workers and businesses who benefited.

For more on the film, Spider-man: Homecoming, visit The Credits.  To watch all of Spidey’s adventures, visit WheretoWatch.com.