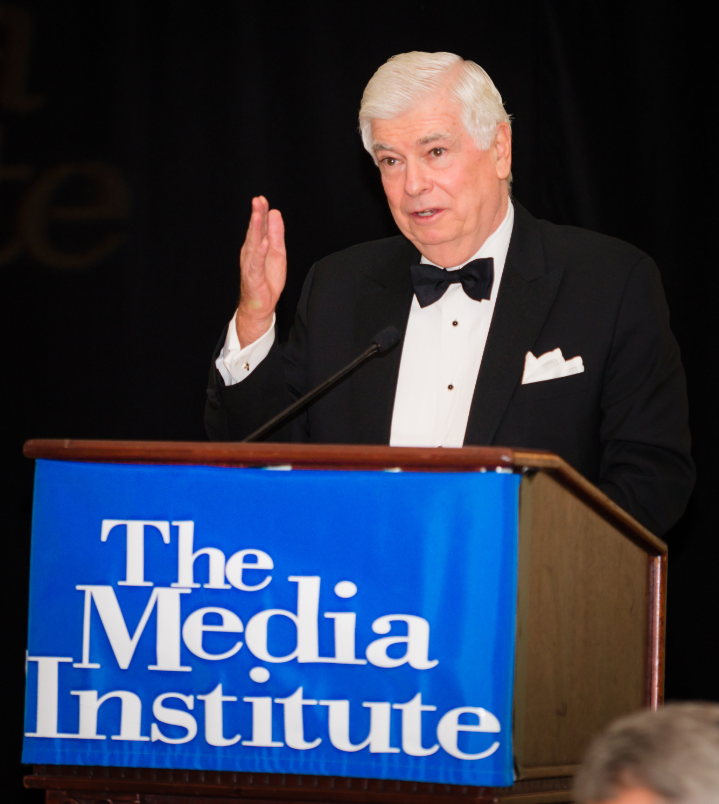 On Tuesday, I had the great honor of receiving The Media Institute’s Freedom of Speech Award.

There are few things more precious to us as Americans than freedom of speech. It has been said that this is the right upon which all the other rights we enjoy rests.

Free speech is what guarantees each of us has the opportunity to truly pursue the life, liberty and happiness that Thomas Jefferson so eloquently and artfully included in the Declaration of Independence. Freedom of speech ignites American individualism; makes us willing, both as individuals and as a nation, to speak out when wronged; and to stand up and fight when facing injustice.

Having served in elected public office for thirty-six years, I confronted issues concerning freedom of speech time and again. And while steadfastly committed to protecting this fundamental American right, I discovered on more than one occasion that while the principle and concept of free speech was supported universally when in the abstract, that very same support declined dramatically when confronted with fear.

That was the case in 2004 when I introduced the Free Speech Protection Act, which would have created a federal shield law protecting journalists from facing the choice of either revealing confidential sources or being sent to prison. In that instance, fears that criminals and the corrupt would escape justice overweighed the passion for free speech and the bill never even made it out of Committee.

I am no longer in public life today, yet my passion for, and dedication to, freedom of speech remains as strong as ever. And as Chairman and CEO of the Motion Picture Association of America, I have the privilege to be part of an industry that is not only a beneficiary of, but a steadfast champion for, freedom of speech.

For more than a century, American filmmakers and the stories they tell have not only served as sources of entertainment, but also educators and instigators of social change because we have been free to tell unvarnished stories without fear of government reprisal or penalty. Powerful stories that have helped us confront ourselves, challenge ourselves and in the end bring us closer to that more perfect union outlined by our forefathers.

None of this would have occurred had it not been for our reverence for free speech. Without it, the American film industry would be a shadow of itself and America would be a far different country.

I think it is fair to say that no other nation on earth provides artists more freedom to express controversial – and sometimes even offensive – subjects. This isn’t the only reason American films enjoy such global loyalty, but it is a major factor. And I am proud to add that for the past 90 years the MPAA has enjoyed a very long and proud tradition of championing free speech by letting our audiences – not the government – decide what movies they can see.

The same cannot be said everywhere in the world.  In far too many places, creativity and free speech are outlawed. And that is truly a shame because no lasting or consequential creative community can survive where its practitioners are not free to actually create and tell the stories they believe need to be told.

I wholeheartedly believe that respecting and defending the speech of people whose views you do not share is the best test of whether a society truly embraces free speech. This belief underscored a significant amount of my work as a United States Senator, and it has been the single most significant factor in the success of the American film industry.