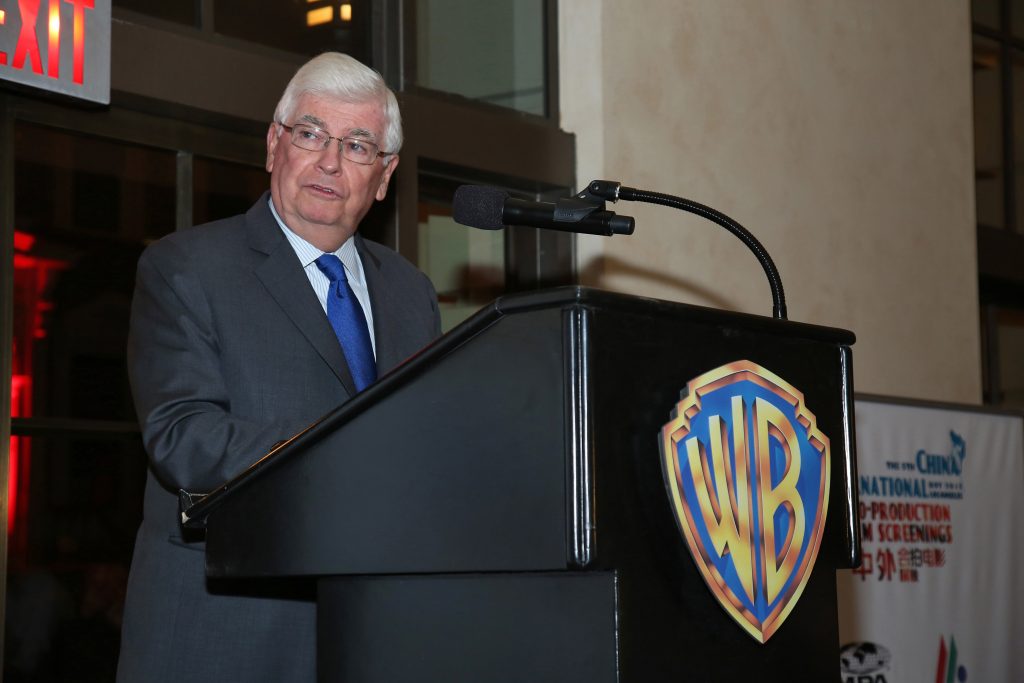 This week, for the fifth year in a row, the Motion Picture Association joined with China’s Film Bureau of the State Administration of Press, Publication, Radio, Film and Television (SAPPRFT) to highlight and celebrate the incredible success of Sino-Foreign film co-productions during the annual China International Co-Production Film Screenings. These events were also supported by Warner Bros. Entertainment, AMC Cinemas, Variety, THX, IMAX, UCFTI, MTime, CJ Entertainment, Asia Society and a whole host of other organizations.

The week-long events featured a series of film screenings, panels and filmmaker Q&As in various venues across Los Angeles in the hopes of bringing greater attention and appreciation to these creative collaborations between different nations’ artists and filmmakers. This year’s celebration kicked off on the Warner Bros. studio lot Monday night with an opening gala and special screening of the hit Chinese film “Wolf Totem,” directed by French filmmaker Jean-Jacques Annaud. During the rest of the week, audiences were treated to special presentations of Chinese co-productions such as China’s highest box-office grossing film “Monster Hunt,” a special preview of “Mountain Cry,” “20 Once Again (Miss Granny),” and China’s Best Foreign Film Academy Awards entry “Go Away Mr. Tumor.” The week’s events will cap off tonight with a special screening of the new James Bond film, “Spectre” courtesy of Sony Pictures.

This annual event recognizes the incredible growth and maturity of the Chinese film industry over the past decade, becoming the second largest box office in the world outside of North America. At the end of June, China’s box office had already grown 48% over last year’s numbers. And as of early September, it had already matched the entire box office for 2014 with $4.8 billion and looked set to potentially finish off the year with a record-setting $6.5 billion.

Those numbers, and the expectation that in the next few years China will overtake North America to become the world’s largest film market, are demonstrative of Chinese audiences’ voracious appetite for quality storytelling – no matter where it comes from; an appetite that the members of the American film and television industry are eager to help satiate. Which is why events like this week’s Co-Production screenings are so important. As MPAA Chairman and CEO Chris Dodd told attendees of this year’s opening gala, “from co-productions and film workshops to talent exchange programs and partnership on new studio and cinema developments, the relationship between the American and Chinese motion picture industries continues to grow stronger, drive economic growth, and benefit global audiences” because our two industries, and those working in them, share a love and passion for good storytelling – and working together we are able to create unique stories embraced by global audiences.