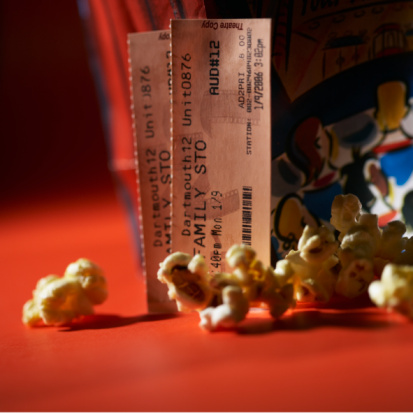 Today, the Motion Picture Association of America and the National Association of Theatre Owners announced an update to their joint policy to prevent film theft in theaters.  The update was made to fully integrate wearable tech into the rules following a joint meeting of NATO and MPAA theatrical anti-piracy teams at ShowEast, the annual industry convention and trade show in Hollywood, Florida.  The updated language is:

The National Association of Theatre Owners (NATO) and the Motion Picture Association of America (MPAA) have a long history of welcoming technological advances and recognize the strong consumer interest in smart phones and wearable “intelligent” devices. As part of our continued efforts to ensure movies are not recorded in theaters, however, we maintain a zero-tolerance policy toward using any recording device while movies are being shown. As has been our long-standing policy, all phones must be silenced and other recording devices, including wearable devices, must be turned off and put away at show time. Individuals who fail or refuse to put the recording devices away may be asked to leave. If theater managers have indications that illegal recording activity is taking place, they will alert law enforcement authorities when appropriate, who will determine what further action should be taken.