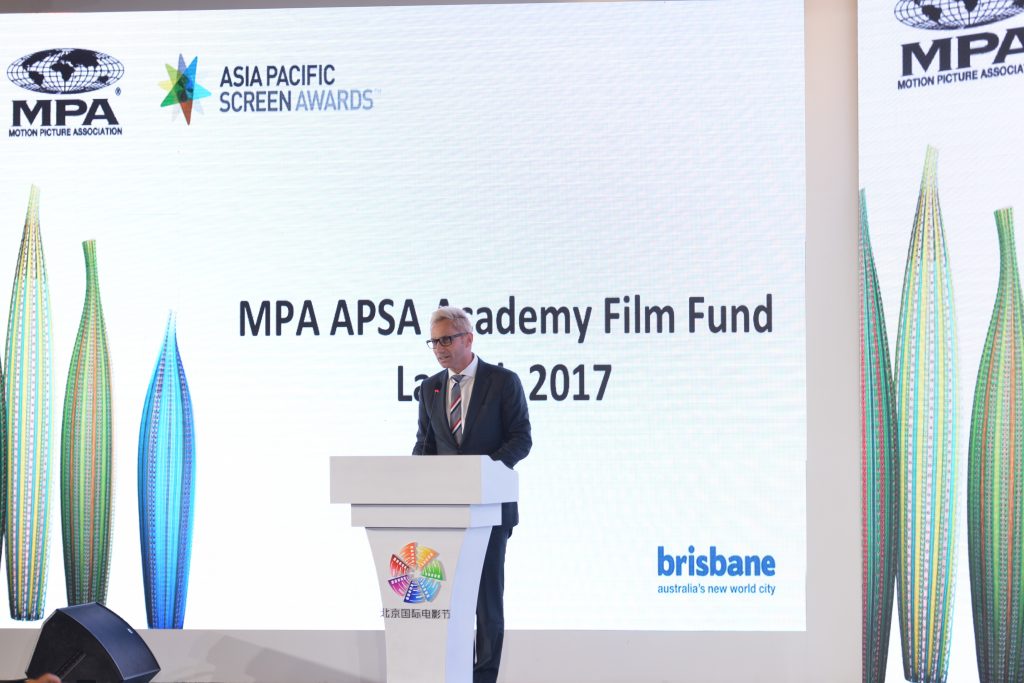 The Motion Picture Association (MPA) Asia Pacific and the Asia Pacific Screen Awards (APSA) and its Academy have renewed their partnership to help develop new filmmakers in the Asia Pacific community. The announcement came April 20 during the MPA-BFM Film Workshop at the Beijing International Film Festival and featured news that the eighth round of the MPA APSA Academy Film Fund is open for submissions for those seeking grants.

Mike Ellis, President and Managing Director Asia Pacific MPA, said, “The MPA is enormously proud of the Asia Pacific stories it has helped realize with this Fund and is greatly looking forward to again working with APSA to provide the opportunity for another round of projects to be developed for the screen.”

The Fund has made enormous headway since it was created eight years ago. Films submitted have gone on to receive Oscars, Golden Globes and a wide range of international prizes. One of the most noteworthy films, from the inaugural round of the Fund in 2010, was Asghar Farhadi’s A Separation, which went on to win not only the Oscar for Best Foreign Film, but over 100 international awards.

Each year, the Fund awards four development grants worth US $25,000 and overall, 32 projects will get some level of funding. The grant’s recipients will be announced during the 11th Asia Pacific Screen Awards Ceremony on Thursday, November 23, 2017 in Brisbane, Australia.