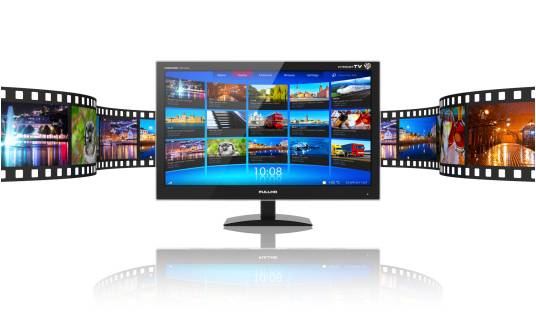 Michael Lynton On The Revolution In TV Viewing And Production

Yesterday, the BBC posted an interview with Michael Lynton, CEO, Sony Entertainment, Chairman and CEO, Sony Pictures Entertainment, discussing the revolution in TV viewing and production that has occurred thanks to the explosion in online video services.

According to Lynton, with “more platforms getting involved,” it “has actually improved the quality of television.” And he attributes that improvement in quality to the ability of audiences to now watch, and catch up on their favorite television programs at their own pace thanks to new technology.

Gone are the days of viewers giving up on a series after missing one or two episodes and getting lost in the plot.  Today, “catch-up television” through DVRs, on-demand, and streaming services ensures audiences can go back to watch episodes of shows they’ve missed.

At this moment there are 95 legal online streaming services available in the United States giving audiences the ability to stay up to date on their favorite shows. All of which can be found on the MPAA’s new site, http://wheretowatch.org

These services, according to Lynton, are what are improving the quality of today’s television programs.  They allow the creators and storytellers to bring us bolder and increasingly complex stories through longer arcs. And that ability to tell richer stories is drawing new voices and top talent – both in front of and behind the screen – to television.

Michael Lynton isn’t the only one who credits the multitude of available streaming services for the changing landscape of television. Vince Gilligan, the man who gave the world one of the most critically-acclaimed television series with Breaking Bad, was quoted in a recent Variety article as saying. “I’ve got to think a big part of what has changed is streaming video on demand, particularly with operations like Netflix, iTunes and Amazon Prime… It’s a new era in television, and we’ve been very fortunate to reap the benefits.”

Right now, Lynton believes we are in the midst of a television renaissance, and it’s his expectation that the types of programs we watch will only continue getting better.  For all the viewers out there going through withdrawal after last week’s Breaking Bad finale, that is definitely good news.