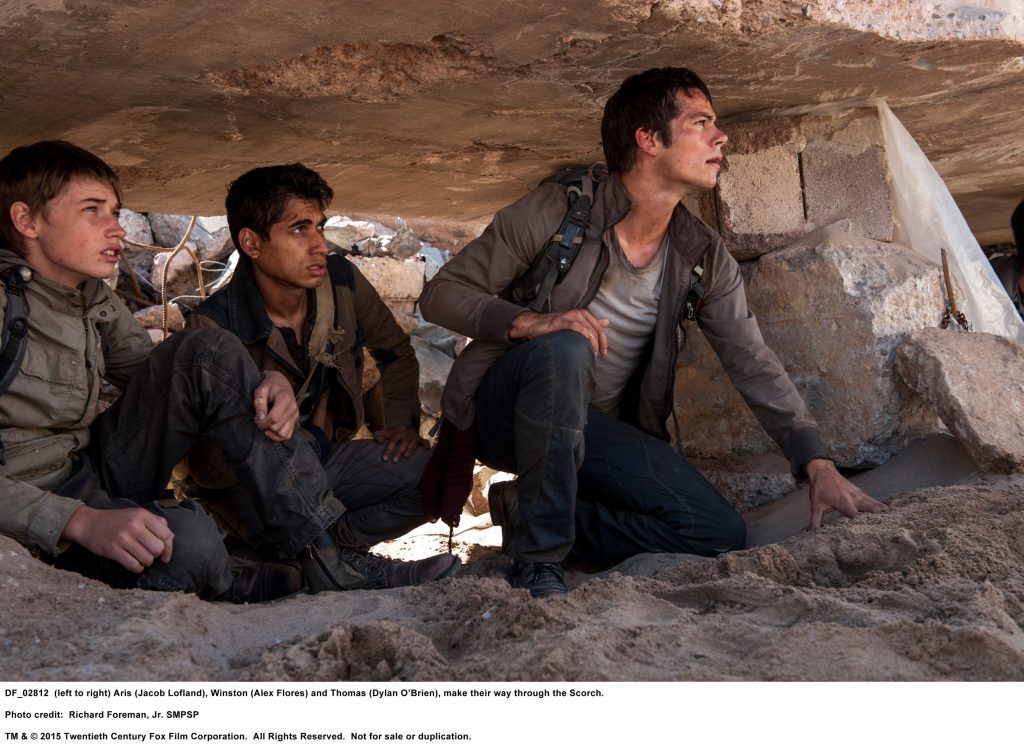 If you saw “Maze Runner: The Scorch Trials” in theaters last weekend, or are planning to in the coming weeks, you’re certainly not alone. Since its opening, the popular sequel from Twentieth Century Fox has been making waves at the box office around the globe. But even before any of this worldwide audience saw the opening credits roll, the production made a very big impact in New Mexico, where the film shot over the course of 128 days and spent over $23.5 million.

Even better for the state’s economy, New Mexico’s local work force was the primary beneficiary of this spending.  The production hired roughly 1,600 local cast, crew, and extras who earned more than $14 million in wages. Of course, a number of local vendors and industries also saw a big boost in business. In particular, the production paid over $1 million to hardware and lumber suppliers, spent nearly $700,000 on transportation and truck rentals, and purchased close to $680,000 on catering, bakery goods, and other food items, among other local spending like hotel and car rentals costs.

New Mexico’s Film Office Director Nick Maniatis recognized how the production lifted the local economy, stating: “A film like this has a major economic impact in New Mexico as the numbers reflect. The success of this science fiction film series about young adults will be felt in the tourism industry for years to come.”

However, “Maze Runner: The Scorch Trials” is not the first major production to make a big impact in New Mexico. In fact, the latest economic profile shows that the state’s growing film and TV industry is responsible for more than 2,700 direct jobs that pay more than $140 million in wages. And in 2014 alone, New Mexico hosted the production of 15 movies and 6 TV series, including the well-known series “Better Call Saul.”

The economic activity from those film productions also goes beyond the initial spending by spurring permanent infrastructure development and film-induced tourism. New Mexico is home to the busy, and state-of-the-art production facility Albuquerque Studios, and continues to experience increased tourism from a huge number of TV fans eager to visit the real-life locations featured in “Breaking Bad.”

MPAA Chairman and CEO Senator Chris Dodd attributes these successful developments in New Mexico’s motion picture industry to statewide policies that make it a viable production location for filmmakers, noting, “With a competitive production climate that attracts major feature films like ‘Maze Runner: The Scorch Trials,’ New Mexico continues to solidify itself as a top destination for filmmakers, promoting the growth of local jobs and business.”

Find out where to watch “Maze Runner: The Scorch Trials” on WhereToWatch.com.