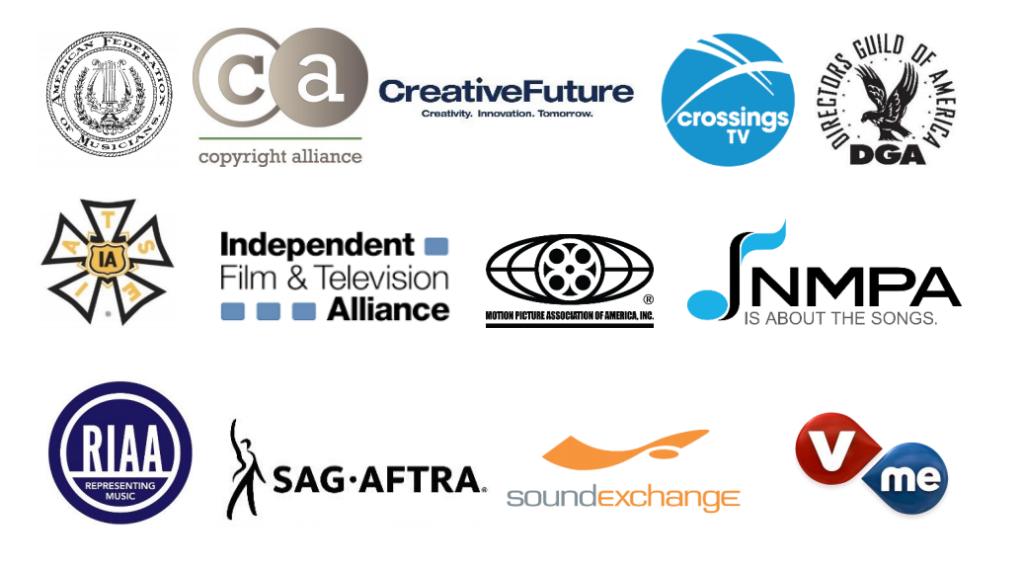 The MPAA and SAG-AFTRA will jointly file comments with the Federal Communications Commission today expressing concerns about Chairman Wheeler’s set-top box proposal. I want to take this opportunity to explain why, and what’s at stake for copyright holders, for the two million people who make a living in the production of movies and television shows, and for the audiences who enjoy those movies and TV shows.

Chairman Wheeler and the President focus on set-top box rental fees, but gloss over the harm the proposal will cause the creative community, including our member companies and workers. That’s why today the MPAA and SAG-AFTRA joined a diverse group of creative industry companies, advocacy groups, labor unions, associations, programmers, and individual creators to raise concerns about the FCC proposal’s potential impact on copyright and content creators’ ability to be compensated for their work.

MPAA member companies are not in the set-top box business and do not collect equipment rental fees. They are programmers that create the content that many say is part of today’s “Second Golden Age of Television.” They then license that programming to cable, satellite, telco, and Internet-based video distributors—including those that use a “box,” like the AppleTV, Amazon Fire Stick, Roku, and Microsoft Xbox—as well as Internet distributors that stream it online to computers and mobile devices, such as Netflix, iTunes, and Amazon. These distributors then profit from the content through equipment sales, subscription fees, advertising, and the monetization of viewers’ online profiles.

No matter what you think about the pay-TV set-top box market, the FCC may not promote alternatives by taking the intellectual property of the content industry and giving it to some members of the technology industry, or by making it easier for pirate site operators to build a black market business by stealing that content. Unfortunately, that’s what the proposal would do. We appreciate Chairman Wheeler’s repeated public comments that his proposal will respect our licensing agreements. But the text of the proposal falls short, treading into copyright issues over which the FCC has no authority.

Under copyright law, someone may not use content without the permission of the content owner. This is no small thing. It is the foundation for a creative economy that, in the U.S. alone, supports $1.1 trillion in economic activity, 5.5 million jobs, and $156 billion in foreign sales and exports. Yet the FCC proposal requires pay-TV providers to transmit to third-party device manufacturers and internet application developers all the content that pay-TV providers license from programmers, without requiring those third parties to seek consent from the programmers or to compensate them.

Today, those third parties are also required to abide by terms in program licensing agreements regarding content presentation, which are fundamental to the way programming is financed. The FCC’s radical proposal severs any relationship between the programmer and the third parties and explicitly refuses to prohibit third parties from improperly manipulating programming, including changing channel lineups and neighborhoods, or dropping or inserting advertising.

Copyright holders also include terms in their agreements to ensure parties secure the content to the copyright holder’s specifications. The proposal jeopardizes that security by preventing copyright holders from applying those same contractual requirements to third parties. Copyright holders also include requirements in their licensing agreements to ensure that pay-TV providers present subscribers with only authorized content. In contrast, on the Internet, search engines frequently prioritize search results for sites offering stolen content over those offering authorized content, and searches for film and TV programming almost always yield results that mingle the two types of sites. We anticipate that video navigation device and application providers will rely on the proposed rules to offer “cross-platform searches” and “recommendation engines” that mingle pay-TV content with internet content. We are not contesting cross-platform searches of authorized content—but we must oppose any regulation that would import the piracy problem from the internet search world into the pay-TV world by mixing pirated content with authorized content, causing further harm to content creators and the creative economy.

Proponents of the proposal have said programmers have a legal recourse—that they can always sue third parties over any copyright infringement stemming from the proposal. But this is really cold comfort for the creative community given that the regulation would fundamentally undermine copyright law, create a piracy problem that does not exist today, and place new burdens on content owners to police the app and device market for stolen copies of their works, forcing them to undertake time-consuming, costly litigation, and sustain additional lost revenue to piracy. Furthermore, without a distribution agreement, programmers do not have a contractual relationship with these third parties. They may not even be able to find them, especially if they are foreign set-top box makers or just application providers somewhere out on the internet, and may also not be able reach them in U.S. courts.

Proponents say the proposal just helps viewers access the content that they have paid for, and that programmers are trying to “double charge.” But that fundamentally misunderstands how programming is made available through pay-TV services. Copyright holders don’t sell content to viewers; they license it to distributors, who in turn make it available to viewers in exchange for subscription fees, ad revenues, or both. Just because a programmer licenses content to Comcast for Comcast to make available to one of its subscribers does not mean Netflix can make that content available to that same subscriber unless it, too, licenses the content.

If the point is simply to allow viewers to access their pay-TV service over third-party devices and applications, there is no reason not to require third parties to abide by all the licensing terms that the viewers’ pay-TV provider must abide by, and to prohibit them from presenting pirated content to pay-TV subscribers. If third parties want to differentiate their service, they should enter into a licensing agreement like everyone else already does in the marketplace, including Apple, Amazon, Netflix, and SlingTV.

To do otherwise would jeopardize the economic underpinnings of the programming marketplace that is delivering to audiences a Second Golden Age.