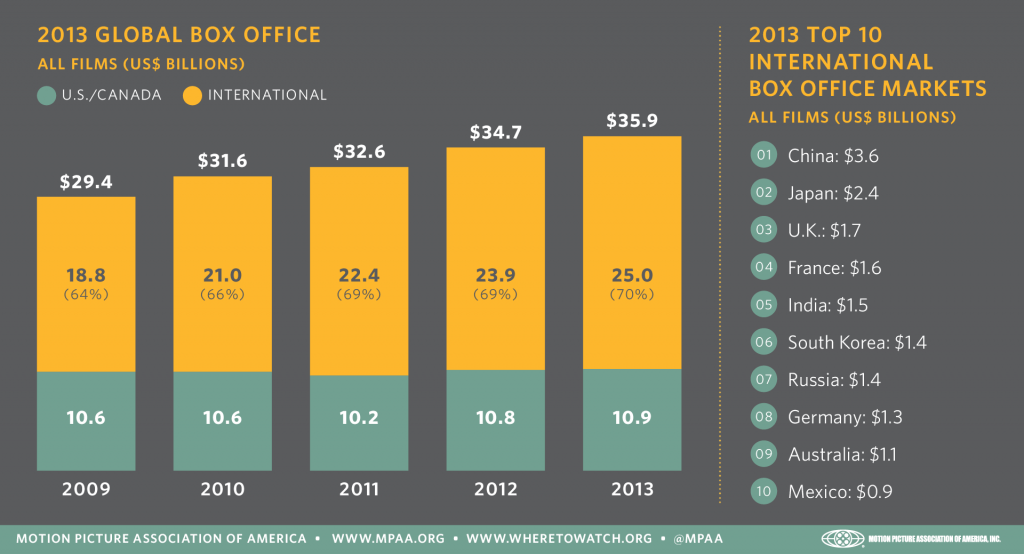 AUDIENCES AROUND THE WORLD LOVE MOVIES

Worldwide box office for all films released around the world also reached another historic high in 2013 —  $35.9 billion, up 4% from last year. 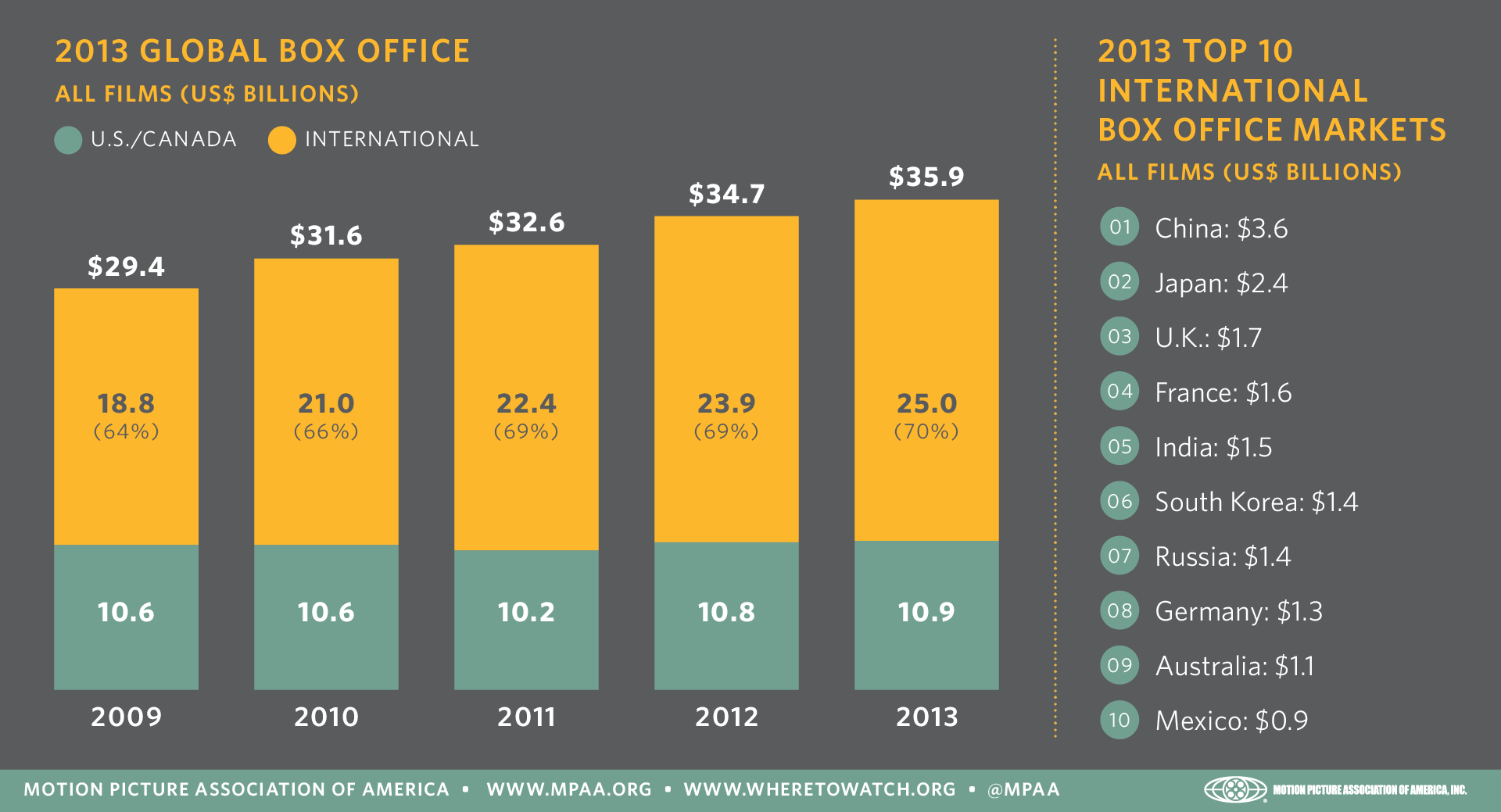 IF YOU LOVE MOVIES, YOU LOVE TECHNOLOGY

In addition to detailing the growth of global box office, the Theatrical Market Statistics Report explores the relationship between movie lovers and technology.  The report finds that frequent moviegoers tend to own more technology than the general population – nearly three-quarters of all frequent moviegoers own at least four different types of technology.  It comes as no surprise to us that movie lovers love tech – the moviegoing experience itself is a high tech one.  From digital sound to 3-D to CGI, movies are on the cutting edge of technological innovation.  And as audiences connect to more and more devices, it’s getting easier to find the movies you love on legitimate platforms those devices, too. 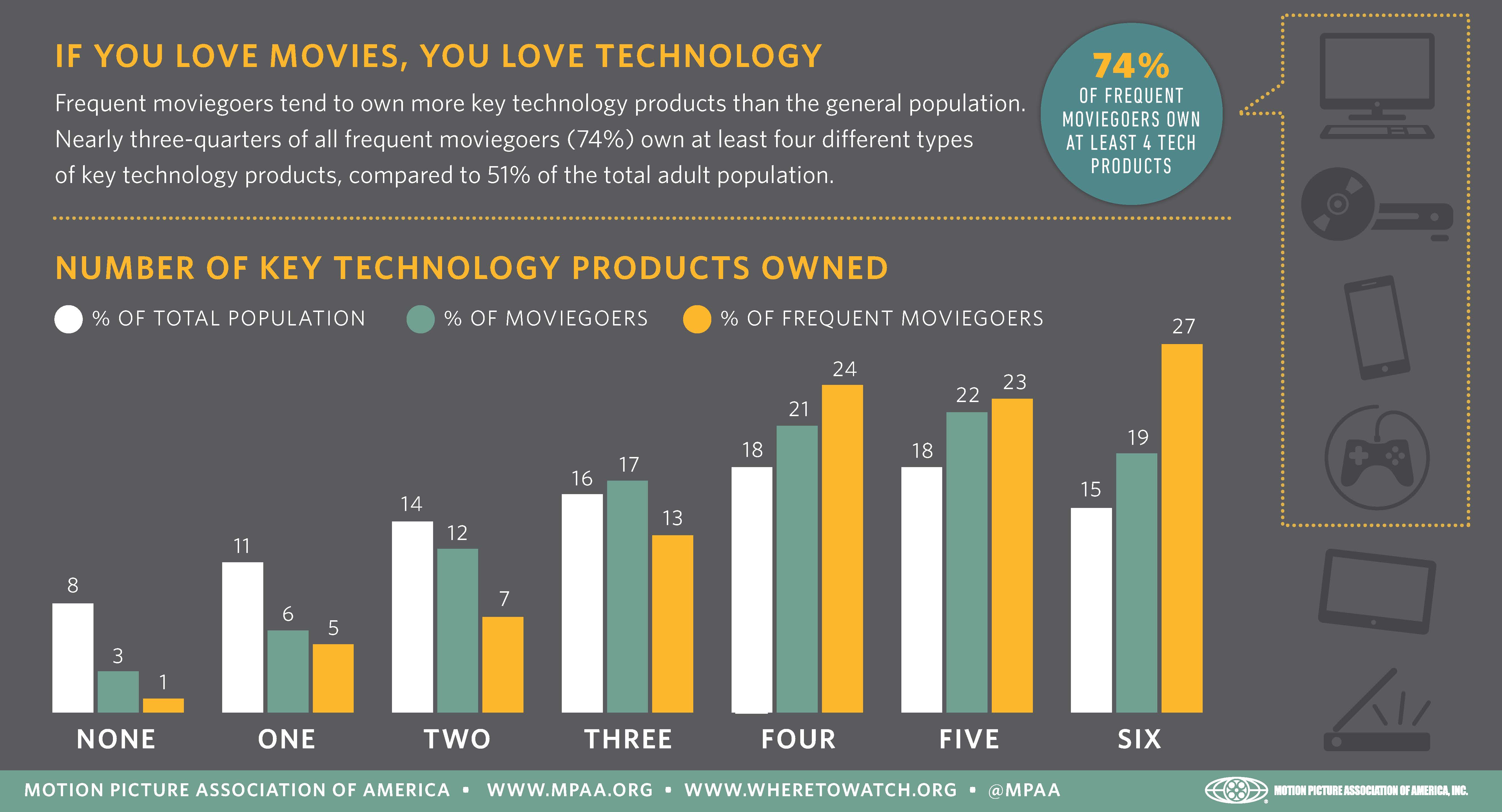 For the first time, this year’s report also explores the demographic breakdown of moviegoers in the domestic market who saw the top grossing films of 2013 in theaters. The results reflect a moviegoing audience that is ethnically diverse – an important reminder of the power of storytelling to transcend boundaries and create shared experiences for us all. 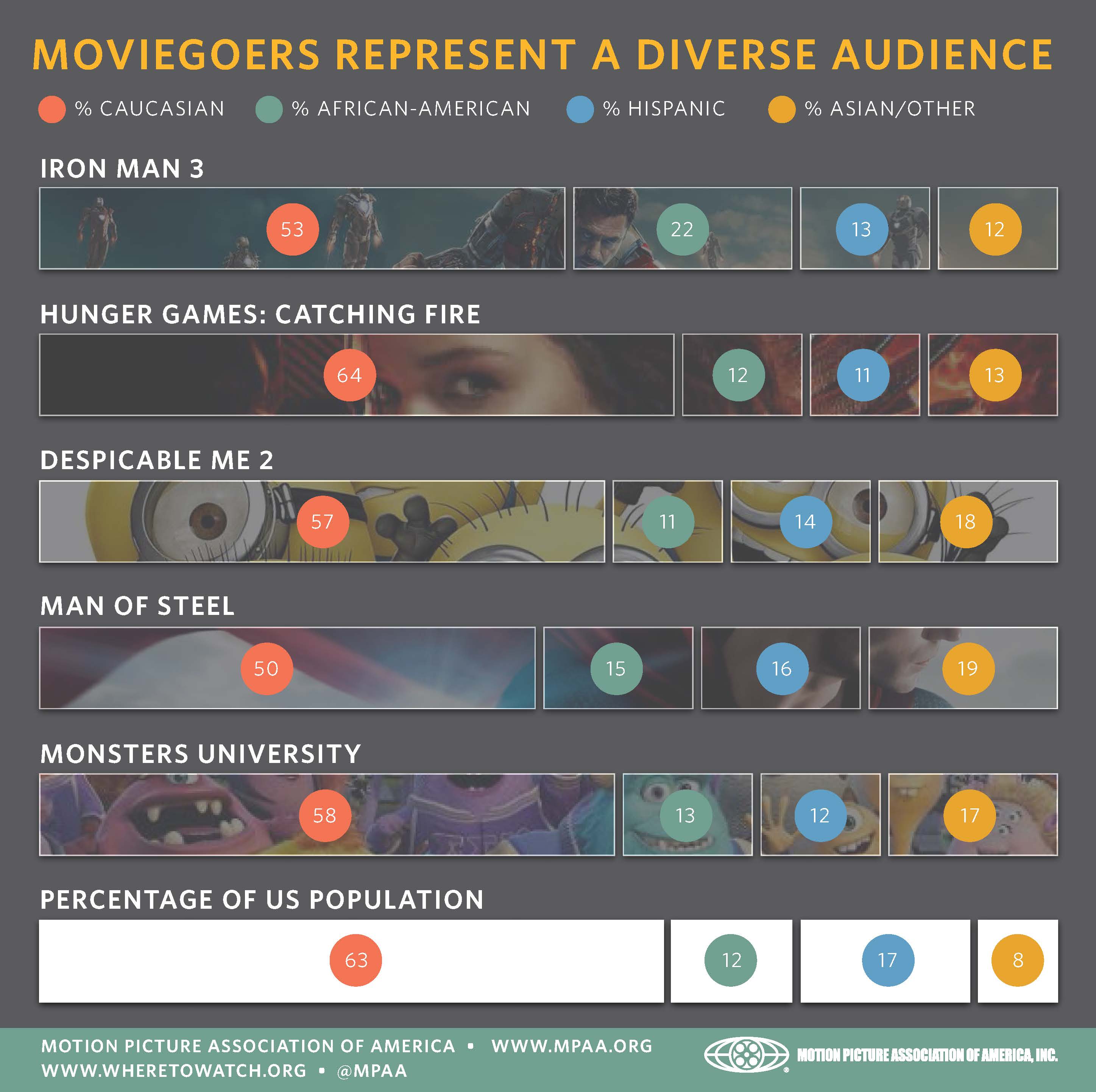