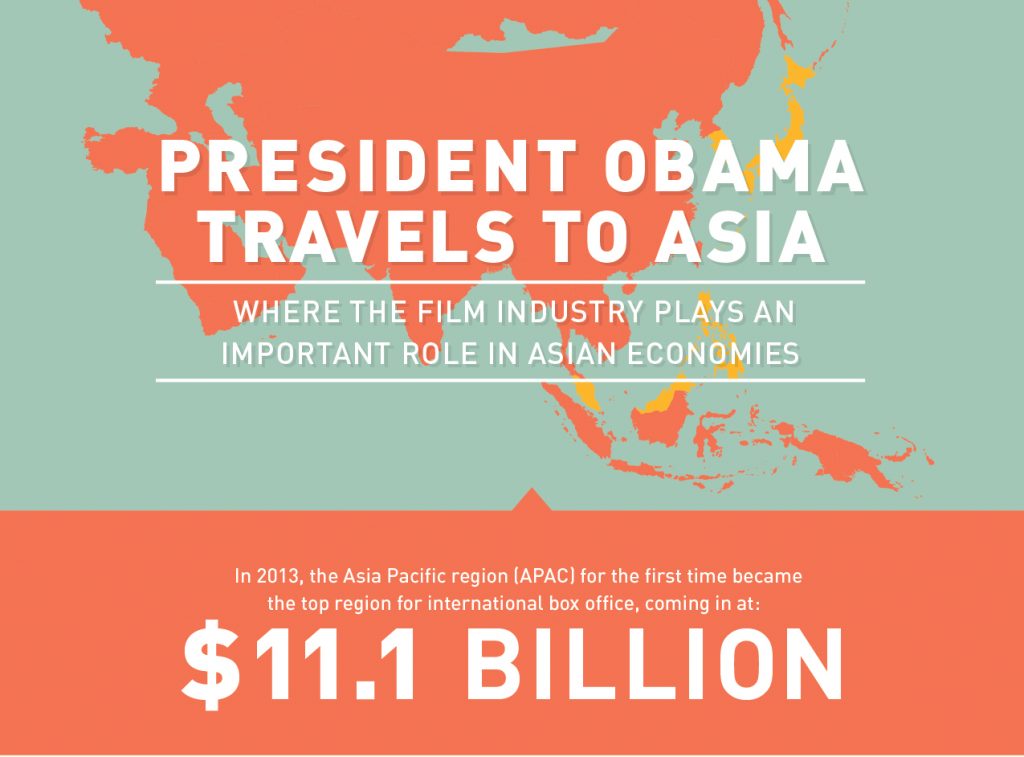 This week, President Obama travels to Asia to strengthen our economic and trade partnerships in the region. The film industry plays an important role in a growing number of Asia Pacific economies, as audiences become more global and content more easily accessible. We support the President’s efforts to open new markets in the region, and echo his calls for a high-standard, commercially meaningful TPP agreement.

The infographic below depicts the industry’s recent success in the region. 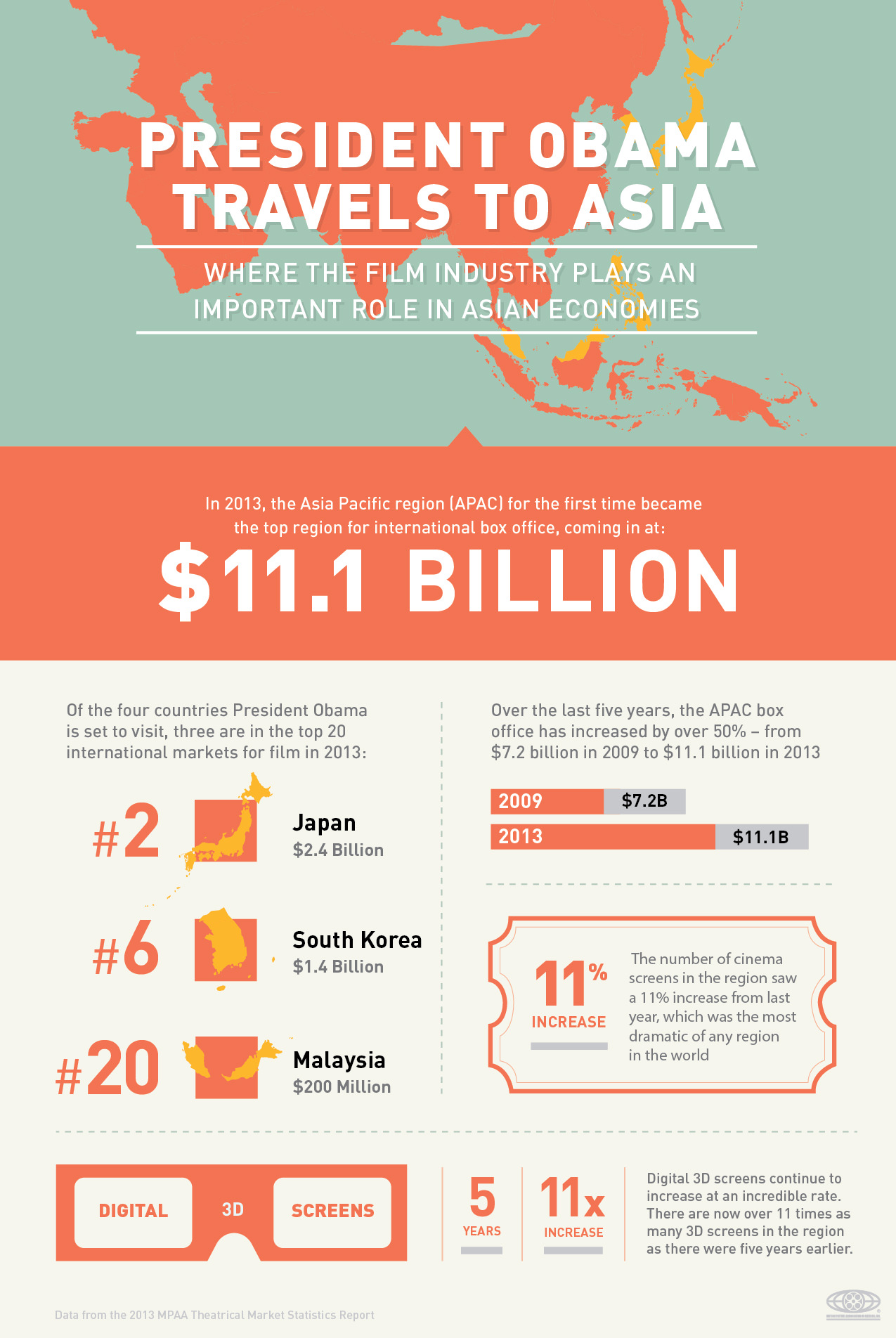