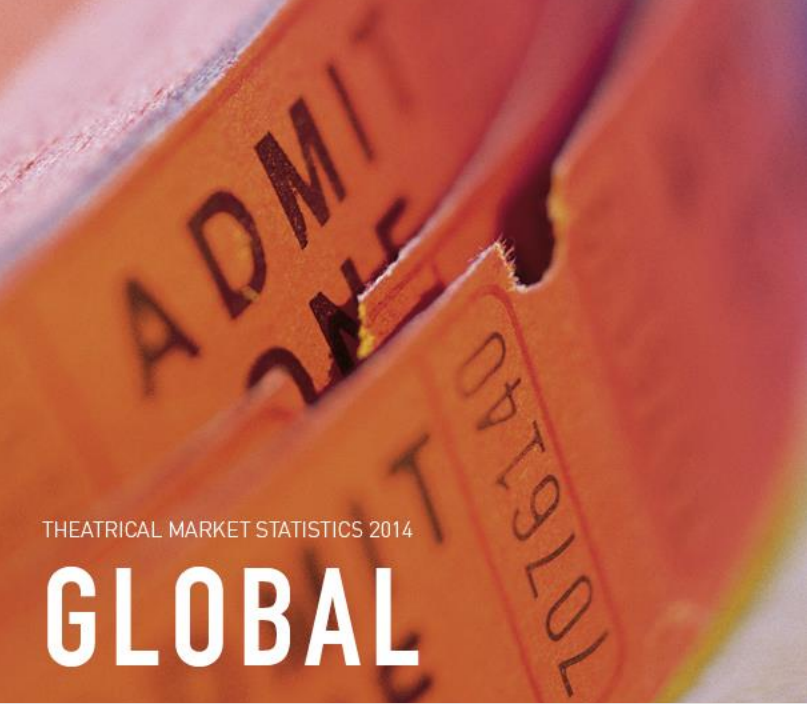 Infographic: Demand for Movies Continues to Rise around the Globe

Today, we released our annual Theatrical Market Statistics Report for 2014. Commenting on the latest figures, MPAA Chairman and CEO Senator Chris Dodd added, “This is not just an American story of success, but a worldwide story about the value of craft, creativity and the importance of a story well told.”

And the report shows just what Senator Dodd mentioned: A global success story of audiences around the world going to the movies in higher numbers than ever before. In 2014, the global box office receipts for all films released around the world reached $36.4 billion in 2014, an increase of 1% over the previous record in 2013 with the top five international markets being China, Japan, France, U.K., and India. And to be clear, this is not just U.S.-made movies, this report documents movies made and released throughout the world.

Take a look at the infographic below for a better look at the growth of the global box office over the past five years: 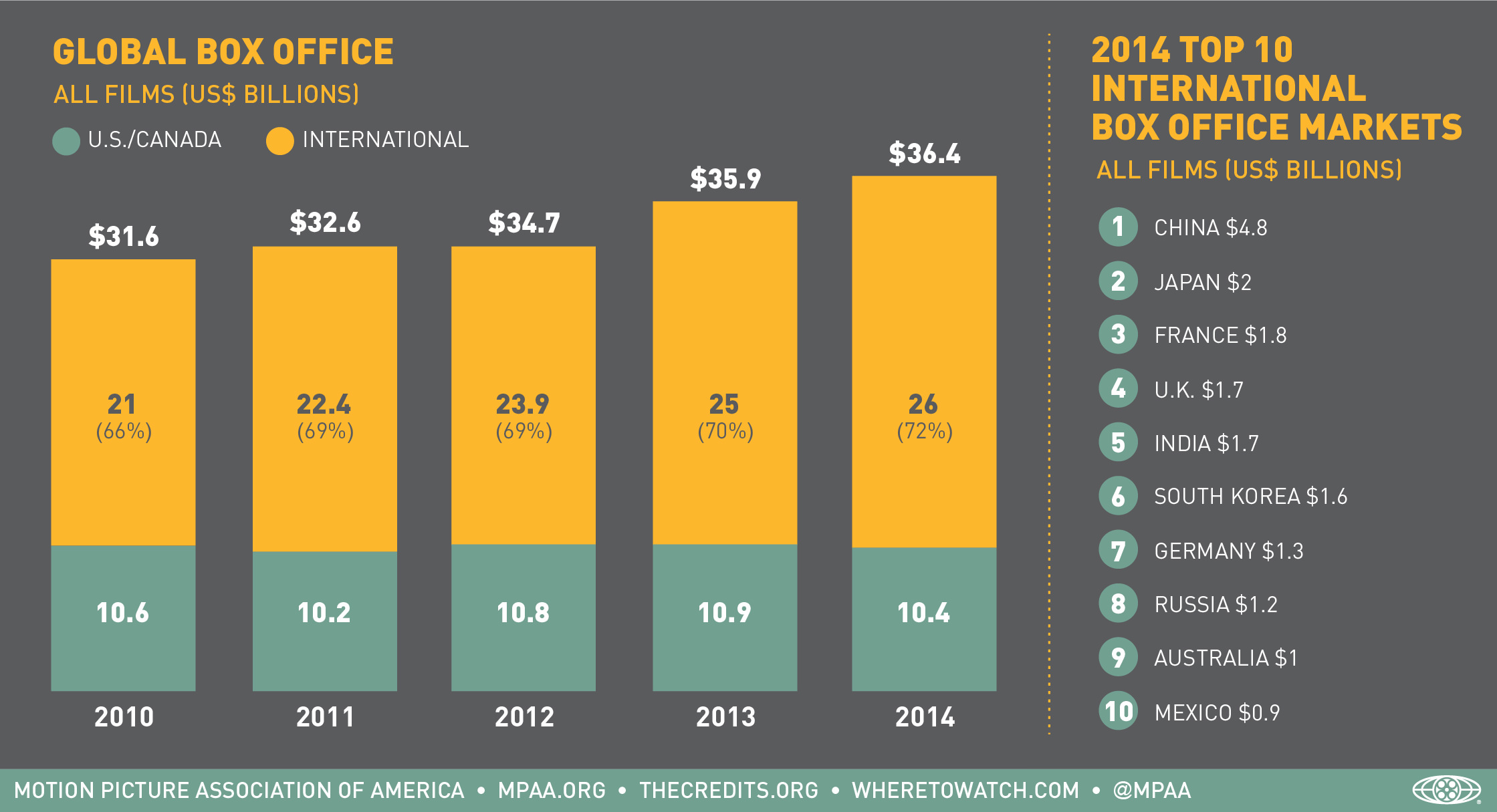