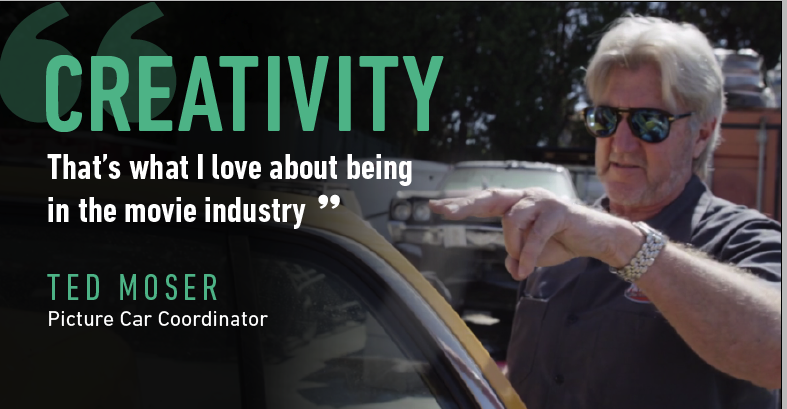 AMC Theatres Set to Air MPAA’s “I Make Movies” Series Nationwide, Along with a Number of Independent Theater Chains

Today, the MPAA is excited to announce that AMC Theatres will begin airing the MPAA’s “I Make Movies” video series nationwide to raise audience awareness about the hard work and creativity behind-the-scenes of the motion picture and television industry, along with the importance of viewing content legitimately. AMC Theatres consists of more than 300 locations nationwide that welcome approximately 200 million guests annually.  This announcement comes after MPAA Chairman and CEO Senator Chris Dodd encouraged theater owners to promote the short series of videos after he unveiled them during his State of the Industry remarks at this year’s CinemaCon.

The “I Make Movies” series of short videos profiles men and women behind-the-scenes of major motion picture productions, telling personal stories that exhibit their creativity and the value of their craft. The series also points towards WhereToWatch.com, the MPAA’s one-stop search tool that makes it easier for consumers to find content in theaters or online, while also rewarding the creators responsible for bringing the stories from script to screen.

“We’re very grateful to have the support of AMC Theatres, along with independent theaters around the country, to promote our ‘I Make Movies’ series,” stated MPAA Chairman and CEO Senator Chris Dodd. “Each year, and this year in particular, audiences flock to theaters to see incredible stories told on the big screen. This latest effort will help inform those movie-goers that watching films in theaters and through legitimate online services is important for supporting the kind of creativity exhibited by the nearly 2 million American men and women that work in our industry.”

In addition to AMC Theatres, the MPAA is also proud to promote the “I Make Movies” series with a number of independent theaters around the country, ranging from the historic Ritz Theatre (1929) in Hinton, West Virginia to Act V Theatres in Cornelius, Oregon. Robert Perkins III, President of Act V Theaters, stated, “The ‘I Make Movies’ series does an excellent job underscoring the wide-range of men and women who earn their livelihood in the film industry, and reinforcing the message that paying for content by attending movie theaters is vital to supporting their hard work and creativity. We’re glad to share these short videos in our theaters.”

The Santa Rosa Entertainment Group, which owns 10 theaters in northern California, is one of the independent chains that will be airing the series.  Catherine DePrima, Director of Marketing, Santa Rosa Entertainment Group, stated, “We’re happy to promote the MPAA’s “I Make Movies” series in our theaters. These short videos are an informative and entertaining tool that helps shine a light on the enormous amount of people and resources it takes to bring stories to the big screen.”

The “I Make Movies” series features: Phillip Boutte Jr, Costumer Illustrator; Ted Moser, Picture Car Coordinator; Lara Greene, Seamstress; Jason Allard, Carpenter; and Ricardo Guillermo, Set Designer. All of the creators in the videos are members of a local labor union, and the MPAA would like to thank IATSE for their support.

All of the videos are available on WhereToWatch.com.  To find out more about the creativity, innovations, and workers behind-the-scenes of the American movie and television industry, please visit TheCredits.org.