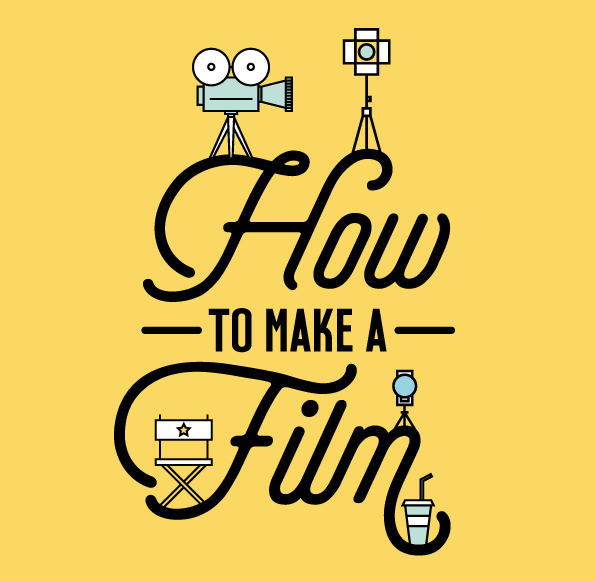 INFOGRAPHIC: How to Make a Film

When people think about making movies, the words that often come to mind are “lights, camera, action!” It’s true – the physical production and shooting of a film is a huge, integral, and economically impactful part of what it takes to make a movie. But what is often overlooked is the tremendous amount of work that goes into making a film before the shooting of the movie actually begins and long after it concludes.

From early development all the way through distribution, filmmaking requires a substantial amount of people, investment, and creativity to produce a story that truly entertains fans.  The hundreds — and sometimes thousands — of people working in the various fields of development, pre-production, production, post-production, marketing, and distribution work together to produce and deliver the films we all know and love. Without the writing of scripts, financing, casting, hiring crew members, special effects, editing, and marketing – just to name a few crucial processes – your favorite movies would not be possible.

Take a look at the infographic from Creativity Works!  below for a more in-depth look at the many steps involved in the filmmaking process: