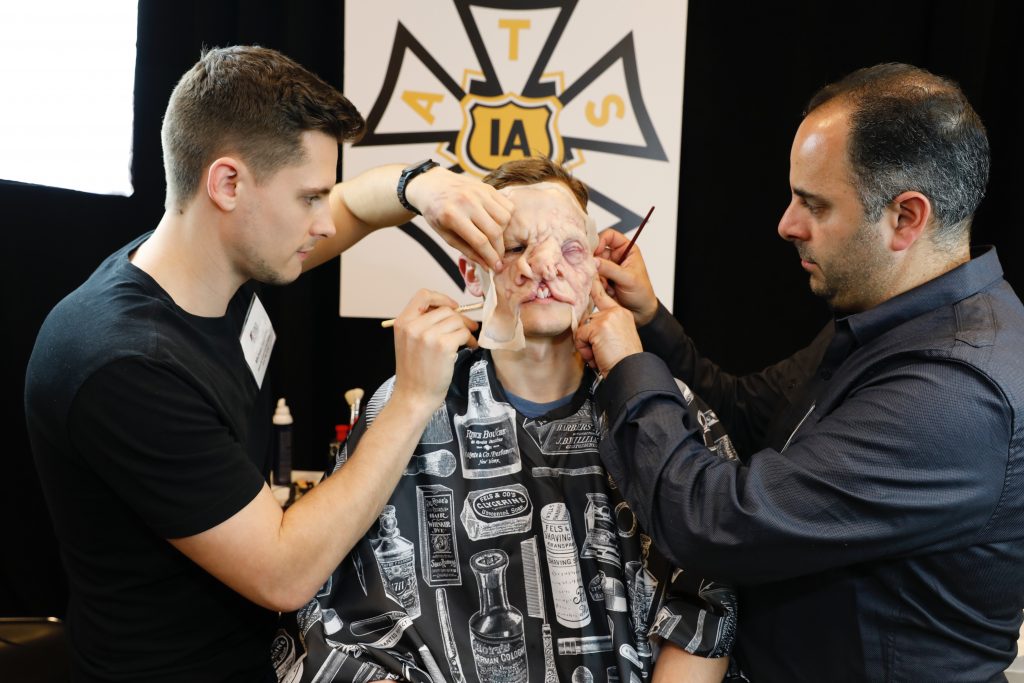 Last week, Hollywood’s movie magic came to Capitol Hill for a behind-the-scenes look at the innovation and talent at the heart of the American film and television industry.

Between votes, hearings, and meetings, Members of Congress and their staff escaped to the exciting world of Universal’s The Mummy, witnessed the incredible transformation of a man into a half-human, half-mutant, chatted with SAG-AFTRA President Gabrielle Carteris (Beverly Hills, 90210), and were photobombed by Storm Troopers.

The event, Beyond the Red Carpet: Movie & TV Magic Day, included a series of trade booths and live demonstrations with many key players in the filmmaking world. An archivist from Warner Bros. Pictures shared facts about the costumes in Batman vs. Superman, a costume designer from AMC’s upcoming new drama The Son discussed her experience working in the film industry, and Emmy-nominated make-up effects artists showed off their talents in real time.

These individuals are just a few of the two million Americans who work in jobs supported by film and television across all 50 states. Their work not only enriches our lives, but fuels local economies and drives technological progress in our own backyards and around the world.

Fostering this economic and cultural enterprise requires policies that recognize the power of our stories, reward creators, and allow us to produce, distribute, and protect the creative content audiences love.

In particular, the success of film and television rests on strong copyright laws that protect the rights of creators to produce their works and enter into contracts for its distribution.

Fortunately, Creative Rights Caucus Co-Chairs, Representative Judy Chu and Representative Doug Collins, are working diligently on Capitol Hill to protect creators and support a robust copyright framework. The MPAA – and the entire creative community – is grateful for their efforts.

Beyond the Red Carpet highlights the benefits of strong copyright protections. This important event provides lawmakers and hill staffers a look at the extensive work behind each and every film and television show, and the individuals behind the scenes who are making magic every day.