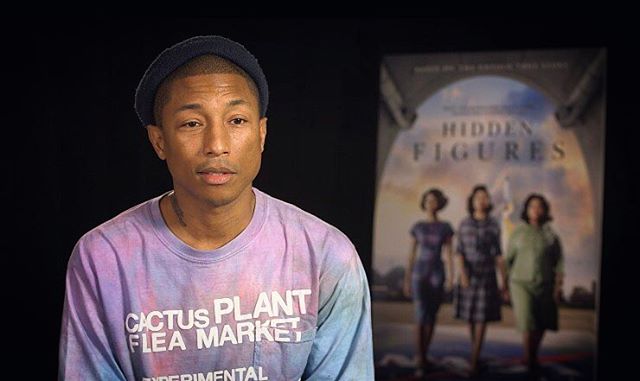 Sometimes the best and most inspiring stories come from our own history. Hidden Figures – a film that follows a team of African-American women professionals as they provide NASA with crucial mathematical data to help launch one of the first successful space missions – shows the critical role played by female African-American heroes in one of the nation’s greatest achievements.

Dorothy Vaughn, Mary Jackson, and Katherine Johnson broke barriers for women, African-Americans, and scientists across the globe with their accomplishments. These women utilized their incredible talents to help NASA accomplish a feat that had not yet been realized by the human race, and I am proud that this story has finally come to light to inspire audiences of all backgrounds.

I had the honor of attending a panel discussion at the White House earlier this year featuring stars Taraji P. Henson, Octavia Spencer, Janelle Monae, and Kevin Costner. As First Lady Michelle Obama stated, “What we saw in this film is that when we pull together men and women, people of every background and color and faith, immigrants who have come across the globe to make America their home, when we bring all of that brainpower to the table, anything is possible.”

Pharrell Williams, who served as producer and songwriter for the film, said it best on Ellen last week – “We all have to get used to everyone’s differences and understand that this is a big, gigantic, beautiful, colorful world, and it only works with inclusion and empathy. It only works that way.”

Not only does the story of Hidden Figures itself underscore the importance of inclusion, the production of the film brought together a diverse cast, crew, and team of creators.

I had the chance to sit down with some of the many people involved in the film’s creation, including Williams, who shared with me the importance of inclusion in film, television, music, and our everyday lives. He emphasizes how crucial women are in the creative process:

Hidden Figures Pharrell Williams on Women in the Creative Process from MPAA on Vimeo.

Actor Kevin Costner, also shared his thoughts on the film and the story of these women:

Hidden Figures Kevin Costner on the Film’s Storyline from MPAA on Vimeo.

This week, the MPAA partnered with the Jacksonville Jaguars for a screening of Hidden Figures and panel discussion in Jacksonville, Florida. The event highlighted Jacksonville Jaguars Kelvin Beachum’s KELVIN KONNECTS Initiative to increase minority access to careers in science, technology, engineering and mathematics (STEM).

During the event, panelists discussed the importance of diversity and the great strides that can be accomplished when we embrace the talents of all individuals. The discussion also centered on the STEM education coalition and efforts to help encourage women, youth, and minorities to pursue science and technology careers. Hidden Figures is just one of many success stories of the incredible contributions of women and African Americans to the NASA space program.

As the MPAA Advisor for Inclusion and Multicultural Outreach, I have worked for many years with MPAA Chairman and CEO Senator Chris Dodd to further promote inclusion and diverse storytelling in the film and television industry. The movies and shows we love bring thousands of talented individuals together to create entertainment for all audiences. By promoting inclusion, and ensuring diversity in the movie making process, we can guarantee audiences will see a wide array of inspiring stories come to life. Hidden Figures is just the beginning.