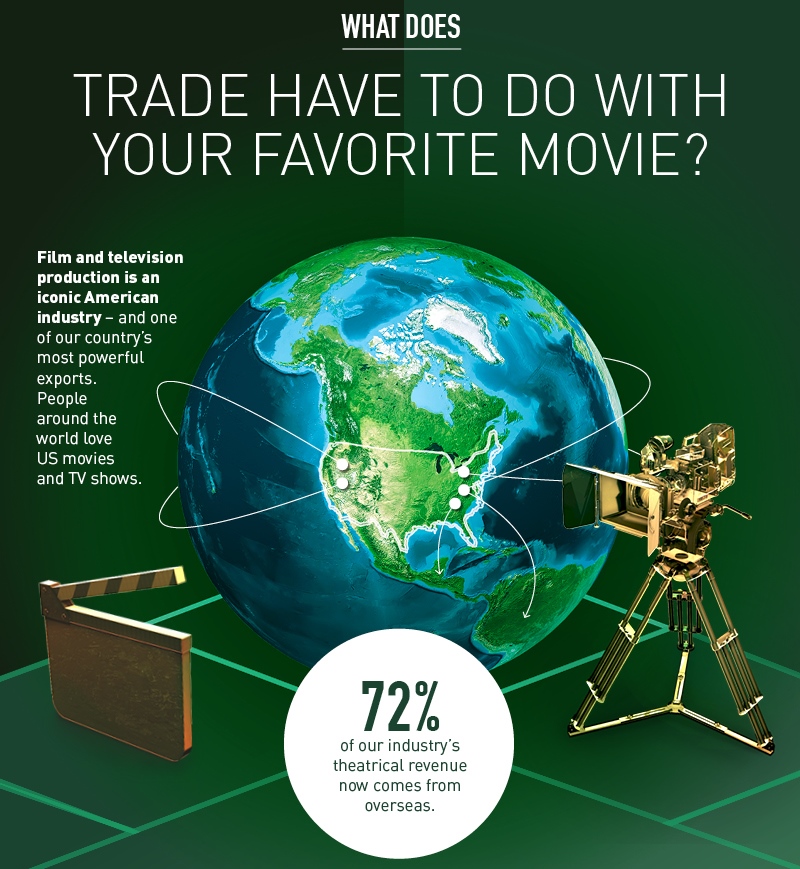 “It [the budget] also provides the necessary resources to implement the Trans-Pacific Partnership (TPP), a historic, high-standard trade agreement with 11 countries of the region that levels the playing field for American workers and American businesses. Through TPP, the United States will lead the way in revitalizing the open, rules-based economic system that will boost American exports while creating jobs at home by promoting strong labor, environmental, and intellectual property protections.”

We could not agree more with President Obama about IP.

That’s because robust copyright protections – are at the foundation of the American film and television industry’s global success. They’re also responsible for employing millions of men and women throughout our nation’s creative sectors. The American film and television industry registered a positive balance of trade in nearly every country in the world with $15.8 billion in exports worldwide in 2013. Key to that growth is the 72% of theatrical revenue that our industry generated from overseas markets. In total, the most recent figures reveal that America’s core copyright industries are responsible for employing nearly 5.5 million workers, contributing $156 billion in foreign sales and exports.

As the President’s budget states, incorporating strong IP protections into trade agreements is crucial to promoting this kind of vibrant economic activity.

Check out the infographic below for more information about trade, movies, and economic growth.