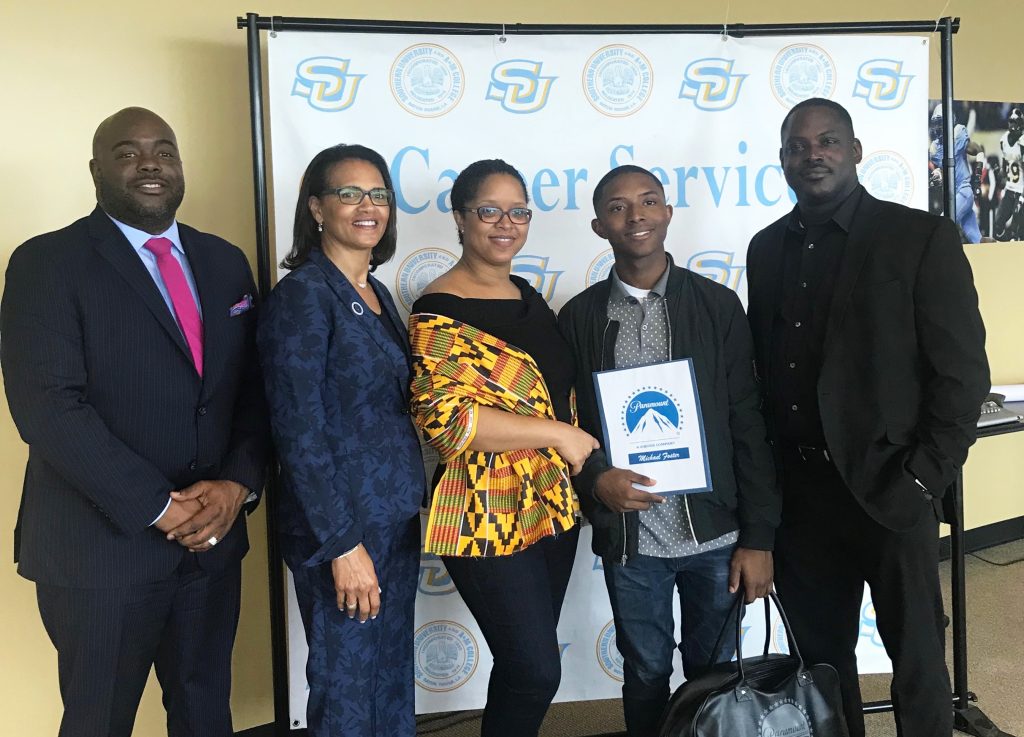 From the Bayou to the Big Screen

This week, the Motion Picture Association of America (MPAA), along with Entertainment Industry College Outreach Program (EICOP), kicked off the second annual HBCU in LA Internship Program with an exciting announcement for one of the more than 2,000 student applicants.

On Monday, April 9, I joined EICOP Founder and CEO Stacy Milner to visit Southern University’s Baton Rouge Campus to surprise a nominated student, Michael Foster, with the opportunity to participate in the rewarding summer internship program in Los Angeles, California. Foster, an outstanding student and member of Southern University’s Human Jukebox marching band, has created film projects featuring the band, the university, and other stories since his start at the school. He will now join Paramount Pictures’ Post-Production team for the summer internship program.

Michael’s reaction was well worth the trip:

“I’m just really happy to be accepted and even be considered for an opportunity like this. I like seeing the behind the scenes. Every time I see a movie I love to watch…how they made it…there’s just so much involved,” said Michael, who will now see the behind-the-scenes action firsthand.

The HBCU in LA Internship Program was launched last year by the EICOP, along with the MPAA, Paramount, Warner Bros., Disney, Viacom, SAG-AFTRA, and other industry leaders. The program provides students from Historically Black Colleges and Universities (HBCUs) the opportunity to intern with major studios, networks, talent agencies, and production companies for the summer, offering essential hands-on experience for launching a career in entertainment. I’m proud that the MPAA not only provided Michael with a scholarship, but will also host a law student intern in our own LA office to provide experience and mentorship.

These programs are essential not only for the future of these creators and filmmakers, but for the future of our entire industry. Today’s global audiences crave stories and characters that reflect the diversity of all communities. The HBCUs in LA Internship Program is one of the many ways our industry is developing the inclusive talent pipeline needed to tell these important stories.

The MPAA has successfully partnered with both the Southern University Human Jukebox Marching Band and the Entertainment Industry College Outreach Program (EICOP) for several years to celebrate and support talented young creators of color. We’re proud to help connect these two entities and support students like Michael as they pursue their dreams.

See what students from the inaugural program are saying here.

John Gibson serves as the MPAA Deputy Chief of Staff and Sr. Director of Diversity and Inclusion Initiatives.