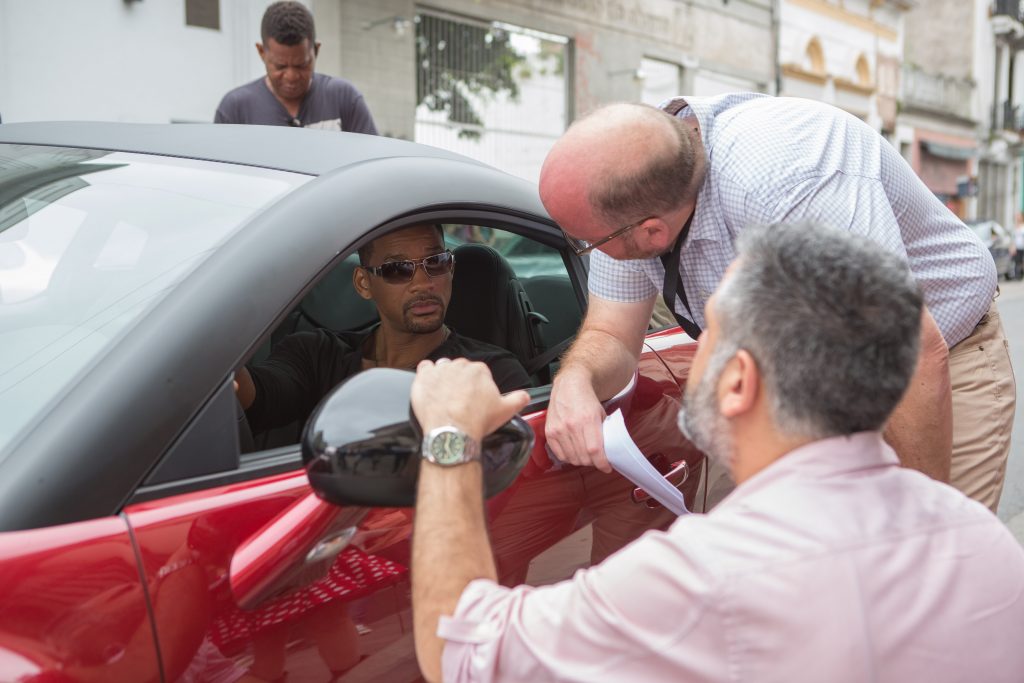 On Friday, we released new economic figures detailing how the production of Warner Bros.’ “Focus” benefited the Louisiana economy by spending over $8.3 million dollars while shooting in the state for a 43 day period. That total is a combination of expenses spent on local labor, at in-state businesses, and on location costs.

As the film debuted in theaters nationwide, Senator Chris Dodd, Chairman and CEO of the MPAA, added, “As ‘Focus’ enters theaters this weekend, it’s important to remember that its production, just like the many others that call Louisiana home, had a very real economic impact on local workers and businesses.”

From carpenters and technicians to camera grips and caterers, major productions require a small factory of workers to commit hard work and long hours. As these jobs are high-skilled, they are also high-paying. In the case of “Focus,” over $6 million in production costs were directly paid to local Louisiana workers hired for the film. Nationwide, jobs supported by the film and television industry pay an average salary of $84,000, a wage that is a 69% higher than the average national salary.

And just like the local workforce, in-state vendors also felt a boost in business from the shoot. In particular, the production paid out over $500,000 on hotels, $410,000 on wardrobes, and $390,000 on construction materials. The film’s Louisiana shoot also spent more than $1 million on location costs.

Productions like “Focus,” along with a number of television productions, are the underpinning of a thriving motion picture industry that lifts Louisiana’s entire state economy. In fact, there are over 830 production-related companies. Altogether, that network of small businesses forms an in-state industry that supports close to 10,000 direct jobs and pays over $433 million in wages.

Of course, creating jobs and supplementing local businesses isn’t the only way “Focus” is making a splash. The movie is attracting audiences from around the country, and is currently sitting atop the box office after its opening weekend. Find out where you can watch “Focus” at WhereToWatch.com.

Pictured Above: A Behind the scenes look at Warner Bro.’s “Focus.”