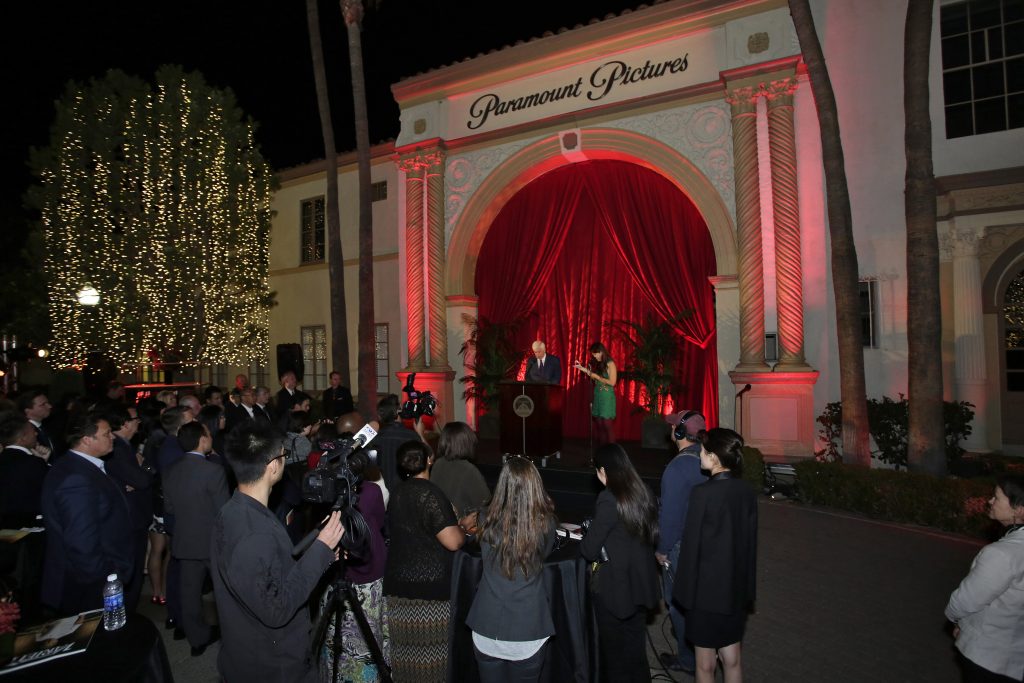 Last week, members of the global film industry, including American filmmakers, gathered in Los Angeles to highlight and celebrate the growing success of Sino-Foreign film co-productions during the 4th China International Co-production Film Screenings. This annual event, consisting of a week-long series of film screenings, panels and filmmaker Q&As, is jointly organized by the Motion Picture Association and China’s Film Bureau of the State Administration of Press, Publication, Radio, Film and Television (SAPPRFT), with assistance from Paramount Pictures, THX, IMAX, AMC, MTime, Variety and others.

Attendees to this year’s screenings were treated to special presentations of such co-productions as “Outcast,” “American Dreams in China,” “The Nightingale,” “Beijing Love Story” and “The Grandmaster.” They also had the opportunity to engage with some of the visiting directors in question and answer sessions to reveal behind-the-scenes stories of the films and filmmakers. The week’s events concluded Friday with a very special screening of Paramount Pictures’ new film “Interstellar.”  A full schedule of this year’s events can be found here.

The American film industry has witnessed the Chinese film market grow to become the world’s second largest box office outside of North America in the past decade. Over the course of the last five years alone, China’s box office grew nearly 300%, peaking in 2013 at a total of $3.6 billion. If things continue the way they are going, the box office will likely reach another landmark at $5 billion by the end of this year. And exhibitors have been building new state-of-the-art cinemas at such a furious pace – 13 per day – that by the end of 2013 there were more than 18,100 screens operating in China. By the end of 2014 that number will grow to top 23,000.

These numbers stand as a testament to the ever-growing demand coming from Chinese consumers for a wide range of good, quality films and a meaningful movie-going experience. Key to meeting that demand is the growing and thriving special relationship shared by the American and Chinese film industries. And there has never been an easier or more exciting time for our two industries to work together. Technology continues to make it easier for creators on opposite sides of the globe to communicate and collaborate, while workshops, exchange programs, seminars and screening opportunities continue to increase our levels of engagement and collaboration with one another.

As we gathered Monday night on the historic Paramount Pictures lot for this year’s opening gala – including La Peikang, the Chairman of China Film Co., Ltd, – it was unmistakable that American and Chinese filmmakers clearly gain a great deal by continuing to work together. Not only are we crafting co-productions that tell unique stories, we are sharing knowledge, creating culture, making history and nurturing the next generation of global storytellers. That is why we have made it a top priority over the past four years to continue building and improving the relationship shared by American and Chinese filmmakers – and why we will continue to do so in the days to come.

Pictured Above: Senator Dodd addresses the crowd at the Paramount Pictures Lot in Los Angeles on opening night of the 4th China International Co-production Film Screenings.