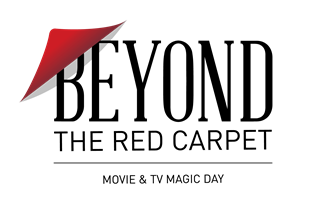 WASHINGTON- Creative Rights Caucus Co-Chairs Representative Judy Chu and Representative Doug Collins yesterday hosted “Beyond the Red Carpet: Movie & TV Magic Day” in cooperation with members of the film and television community. The series of trade booths and live demonstrations offered a behind-the-scenes look at the creativity, talent and innovation at the core of the American film and television industry, which supports 2 million workers in all 50 states.

Creative Rights Caucus Co-Chair Representative Judy Chu: “Creative industries contribute over $1 trillion to our economic output and constitute some of our greatest cultural exports. That’s why I founded the Creative Rights Caucus, to help provide a voice for creators here in Washington. Our signature ‘Beyond The Red Carpet’ event allows us to showcase talented, below-the-line workers and highlight the impact of the creative industries on the workforce in every state. Yesterday’s event also demonstrates the need for our country to have strong intellectual property protections to ensure that we maintain and grow the workforce in our country.”

Creative Rights Caucus Co-Chair Representative Doug Collins: “It’s a privilege to highlight the creative men and women who work behind the scenes in our entertainment industry in order to tell the stories that captivate us all. My home state of Georgia is home to thousands of these talented individuals, and Beyond the Red Carpet allows us to touch, see and hear the contributions that this industry continues to make to America’s economy and culture.”

SAG-AFTRA President Gabrielle Carteris (Beverly Hills, 90210): “We are honored to once again be part of Beyond the Red Carpet. It is inspiring to see the tremendous innovation of our industry and to understand the positive impact that copyright protections have on those in front of and behind the camera. I want to thank Representatives Judy Chu and Doug Collins for hosting us and for being such strong and vocal advocates of the arts. I applaud their recognition that our work brings economic benefits to everyone in America.”

MPAA Chairman and CEO Senator Chris Dodd: “Beyond the Red Carpet highlights the creativity that drives America’s motion picture and television economic sector. I am grateful to Representatives Judy Chu and Doug Collins, and all who participated, for making this event possible and for their continued work to protect and promote the rights of creators.”

Attendees experienced interactive trade booths, live demonstrations, and heard from members of the industry including:

In addition to Representatives Chu and Collins, the full list of organizations that participated in “Beyond the Red Carpet” included: