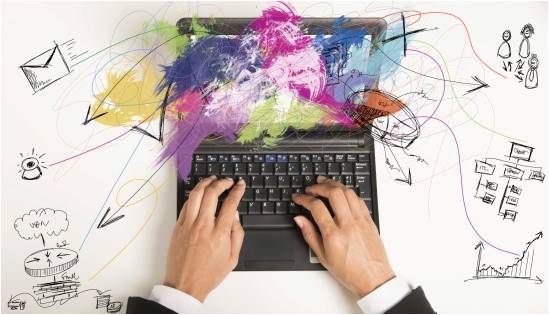 The Department of Commerce today released an interagency task force report reaffirming the importance of the creative sector, including movies and television shows, in helping to drive the U.S. economy. The report urges all stakeholders, including search engines, ad networks and others to play a role in curbing piracy.

Entitled “Copyright Policy, Creativity, and Innovation in the Digital Economy,” the study was launched in April 2010.  In an accompanying message, Secretary of Commerce Penny Pritzker notes that “copyright intensive industries contributed 5.1 million jobs and grew by 46.3 percent between 1990 and 2011, outpacing other IP-intensive industries as well as non-IP intensive ones. This vital contribution is a tribute to the Founders’ vision in providing for the protection of creative works.”

Secretary Pritzker continues by articulating the cultural value carried by copyrighted work: “The reasons to protect creative works go well beyond the economic benefit. America’s writers, musicians, filmmakers, photographers, sculptors and other creators make up the lifeblood of our culture, build new stores of knowledge, and shape how we see ourselves – and how the world sees us as well. Their influence extends beyond our borders; our copyrighted works weave a compelling narrative of the opportunity and possibility of America, and continue to be at the forefront of the global creative marketplace.  We must continue to nurture such extraordinary creative resources.”

The study notes that “digital technology and networks have had a profound effect on how copyrighted works are delivered to the public. … Individuals can now access creative works through an increasing variety of legitimate online platforms.” The report also calls on the entertainment industry to help educate the public about new online platforms – something, the task force points out, the MPAA has already begun doing with the establishment of our website, WhereToWatch.org, which provides a guide to the growing number of legitimate online sites offering movies and television shows to consumers.

But at the same time, it recognizes some technological developments have given rise to new methods of mass infringement, adding: “Addressing this problem is vital to maintaining meaningful incentives for producing creative works, ensuring a level playing field for legitimate services, and promoting the broadest offerings of online content.  All stakeholders, from creators to intermediaries to consumers, have an interest in ensuring a healthy online ecosystem. The fundamental question is how best to achieve that end.”

The task force goes on to acknowledge that “there cannot be meaningful protection (of copyright online) without enforcement of rights” and calls for a collaborative effort among stakeholders. As an example, it is suggested that “Search engines can also play a role in stemming the proliferation of online infringement by taking steps that make it less efficient to operate a profitable business. According to surveys, a significant amount of Internet traffic to websites is driven by the first page of search results, and the top results provided by large search engines often include many sites offering unauthorized copyrighted content.” Further, the report praises voluntary efforts like the Copyright Alert System, which was established by the movie and recording industries in alliance with five major Internet Service Providers to alert the consumers when infringing content is being downloaded to their computers, and direct them to legal alternatives.

Finally, the report notes that the Commerce Department – led by the US Patent and Trademark Office and National Telecommunications and Information Association – “has a vision of a digital future in which the relationship among digital technology, the Internet, and creative industries becomes increasingly symbiotic: in which the rights of creators and copyright owners are appropriately protected; creative industries continue to make their substantial contributions to the nation’s economic competitiveness; online service providers continue to expand the variety and quality of their offerings; technological innovation continues to thrive; and consumers have access to the broadest possible range of creative content. We believe these goals are compatible and can be achieved together.”

This is a vision that the MPAA can fully share.