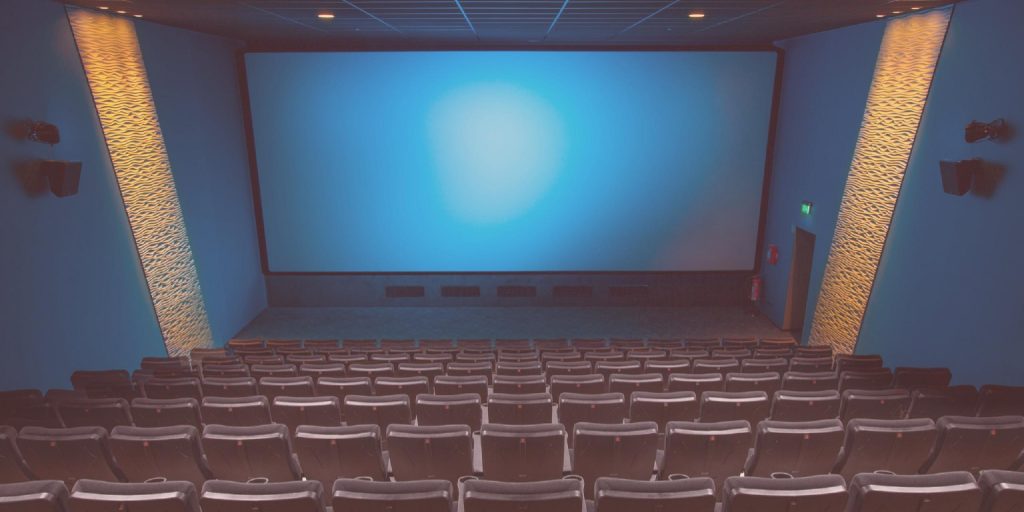 Over the next few months, during the fall film festival circuit, many important events and premieres will take place, including world-renowned gatherings such as the recent Venice Film Festival, the New York Film Festival, Zurich Film Festival, and more. These events offer platforms to showcase fresh talent and provide participants with valuable film and television industry exposure. At the same time, they draw new audiences from across the globe to the world of movies.

We’ve put together a list of some of these fall’s highlights and how to follow online. Stay tuned for more upcoming international festival highlights.

This 10-day non-profit festival marks an unofficial start to the fall movie season, commonly referred to as “prestige” season, when films with serious award-winning ambitions are showcased to the public. TIFF’s staff selects approximately 400 films from around the globe to be screened during the festival. TIFF offers a custom app so attendees can access up-to-date information on their phones as details start unfolding. Download it HERE.

Battle of the Sexes
A sports biopic based on the legendary tennis match between Billie Jean King (Emma Stone) and Bobby Riggs (Steve Carell) in 1973, resulting in a media frenzy that raised the issue of gender inequality and led to the advancement of feminism in mainstream culture.

Loving Pablo
A romantic drama about a journalist (Penelope Cruz) who bonds with Colombian drug kingpin, Pablo Escobar (Javier Bardem).  The film is inspired by the book by Escobar’s former lover/anchorwoman Virginia Vallejo.

High Fantasy
A comedic drama from South African director Jenna Bass that was shot using an iPhone and follows four friends who mysteriously switch bodies during a camping trip.

Super Size Me 2: Holy Chicken!
A documentary that follows up on the 2004 breakout hit by Morgan Spurlock that chronicled the effects of solely eating McDonald’s food for a month, now shadowing Spurlock’s recent pursuit to establish a pop-up fast-food restaurant in Columbus, Ohio.

This year marks the 13th annual Zurich Film Festival, which has quickly established itself as one of Europe’s top film festivals, while positioning itself as a place for World and European premieres. This festival will place a special emphasis on Hungarian cinema, since it‘s currently experiencing a resurgence in popularity, with the inclusion of 18 films by new and upcoming Hungarian filmmakers.

Euphoria (European Premiere)
A drama about two estranged sisters who reunite starring Academy Award-winning actress Alicia Vikander, who will be attending the screening. She will be joined by cast members Charles Dance and Mark Stanley, in addition to writer/director Lisa Langseth in presenting her English-language debut.

Oscar-nominated actors Andrew Garfield and Jake Gyllenhaal will both receive the ZFF’s Golden Eye Award. They will also present their newest films at the festival. Garfield stars in Breathe, which has its gala premiere on Friday, October 6th. Gyllenhaal plays the lead role in Stronger, scheduled for a Gala Premiere on Tuesday, October 3rd.

Veteran actress Glenn Close will be awarded with a lifetime achievement prize called the Golden Icon Award. In addition, she will present her latest film, The Wife – a drama adapted from the novel by Meg Wolitzer – alongside Swedish director Björn Runge and co-stars Jonathan Pryce and Annie Stark.

Fantastic Fest is focused on representing the forefront of genre filmmafking, such as horror, science fiction, and fantasy. This year, the festival will have an Arabic theme, which includes a special screening of Egypt’s popular remake of the classic cult musical horror-comedy, The Rocky Horror Picture Show, called ANYAB — Arabic for FANGS.

Killing of a Sacred Deer (US Premiere)
An intense horror-thriller starring Nicole Kidman and Colin Ferrell led by Greek filmmaker Yorgos Lanthimos from a screenplay he wrote with Efthymis Filippou, which debuted at Cannes Film Festival, where it received critical acclaim and was awarded Best Screenplay.

Brawl in Cell Block 99 (US Premiere)
A brutal action/crime thriller featuring Vice Vaughn as a former boxer/auto mechanic who is sentenced to prison, written and directed by S. Craig Zahler.

NOFF is organized by the nonprofit organization New Orleans Film Society and is entering its 27th year. It is Oscar-qualifying in all three Academy-accredited categories: Narrative Short, Documentary Short, and Animated Short.

The Organizer (Documentary Features)
A documentary focused on the founder of the Association of Community Organizations for Reform Now (ACORN), Wade Rathke – a lifelong community and political organizer.

Fat Tuesday (Louisiana Features)
A horror film that follows a group of friends who attend the Mardi Gras carnival celebrations and are stalked by a mysterious murderer.

CIFF will feature 150 films in a variety of forms from 50 countries.  The festival is collaborating with the Chicago Architectural Biennial to integrate architecture and design films into this year’s programming, in addition to a special focus on International Film Noir. Program Guide | Festival Hot Spots | Film Line Up The full festival lineup will be announced on September 19.

On Wednesdays, attendees are recommended to arrive early to catch free screenings of independent, international, unrated films with the food-related theme, “A Taste of Cinema” at the Chicago Cultural Center’s Claudia Cassidy Theater.

The Cakemaker (US Premiere)
A drama about a young German pastry maker named Thomas who goes to Jerusalem to find the wife and son of his lover — a married Israeli business man who dies after a fatal car wreck.