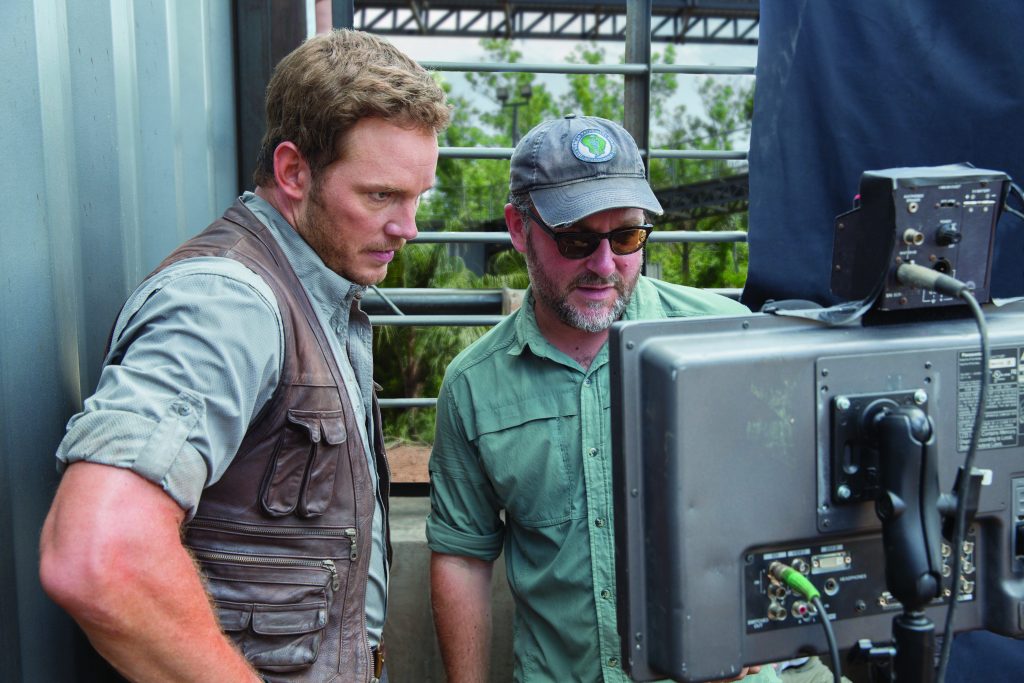 We gravitate to the universal stories that bind us—tales of adventure, heroism and love, tales that provide comfort and escape. Great storytelling still remains the bedrock of great entertainment…. The human love of storytelling, whether individualized or shared, will also be a constant. Although I can’t predict the precise future of entertainment, I share Walt Disney’s optimism and his belief that whatever lies ahead, it will be defined by great storytelling. Just like it always has been. – Bob Iger, Chairman & CEO, Walt Disney Co. (Wall Street Journal, July 7, 2014)

I had the opportunity to attend the Technology Policy Institute’s Aspen Forum last week. The Aspen Forum is an annual gathering of policymakers, industry, academics and other stakeholders who come together to discuss technology and policy, industry trends, and what it all means for consumers and creators, industry and government.

Much of the discussion centered on new online distribution platforms and their effect on the music and video industries. Kelly Merriman, YouTube’s vice president of content partnerships, delivered a keynote about YouTube’s platform, and Pandora, Spotify, and Amazon discussed their services. Framed as “creative destruction in the creative industries,” – I enjoyed learning how new Internet- and mobile-based platforms are helping creators and consumers find each other. I also appreciated Independent Film & Television Alliance CEO Jean Prewitt’s observation that as new technologies give creators welcome new opportunities to expand their reach and make a living, they also present challenges.

The movie and TV studios MPAA represents have embraced all forms of distribution, including online. KPMG recently released a study concluding that 94 percent of the more than 800 titles studied were available, many on more than one of thirty-four online services surveyed. And to help connect consumers with particular movies or shows of interest to them among so many options, the MPAA has created a new search tool (wheretowatch.com) enabling consumers to find legal online sources for content.

With a few exceptions, however, I found the conversations typical of Washington discussions about the creative industries. That is, they primarily focused on distribution as opposed to creation and storytelling. After all, great stories are what everyone is clamoring to distribute.

A great story well told has enduring appeal regardless of medium or technological prowess. Indeed, “The Wizard of Oz” continues to delight children today, and “Casablanca” is cherished by each new generation that discovers it. And technology is a tool not only for distributing stories, but also for creating and telling them. Moreover, in some cases it is the telling of the story that leads to innovation, not the other way around. For instance, as reported by Wired, in Paramount’s “Interstellar,” the collaboration between Chris Nolan, physicist Kip Thorne, and the FX shop Double Negative produced real world scientific breakthroughs regarding black holes. And the creative teams at Pixar and Blue Sky studios are making breathtaking animated movies unimaginable twenty years ago.

Studio marketing teams are also leveraging new technologies. For “The Hobbit” and “Ender’s Game” Warner Bros. and Summit Entertainment used 3D printing to create excitement among audiences by providing consumers with 3D schematics for key props and allowing fans to personalize and share them. And it goes without saying that movie and TV producers use social media and online video platforms to create awareness and excitement for upcoming releases.

This innovation is not new. Content creators have always leveraged technology to tell better stories. Indeed, the history of Hollywood is perhaps best described as “disruptive creation.” To illustrate this idea, consider the following videos. The first is a trailer from Universal Pictures’ “Jurassic Park” which was released in 1993.

While it may seem dated today, the innovations introduced by Stephen Spielberg to depict realistic dinosaurs were considered revolutionary at the time, attracting summer movie-goers in record numbers, and are still recognized as a groundbreaking contribution to Hollywood storytelling. And they led to progressive advances, as seen in this “Jurassic World” trailer from 2015.

Both movies were at the cutting edge of technology in their respective times. But “Jurassic World” clearly benefits from better technology.

That is innovation. That is creativity.

Of course, disruptive creation is not confined to theatrical productions. Take a walk down memory lane and recall what HBO looked like in 1983.

Today, that would barely pass for a bad user-generated YouTube clip… The production values are clearly dated. And the content was quaint by today’s standards, as their business model only consisted of licensing existing movies. Still, that was hugely innovative at the time. I remember being blown away when I realized I could watch commercial free movies on TV. But did HBO sit on their laurels and rely on the success of these initial innovations? Of course not. Compare that video with what HBO is doing today.

That is innovation. That is creativity.

It’s an exciting time to be working in this industry. There has never been more good movies and TV shows for consumers to watch or ways for them to watch it. But as policymakers in Washington and around the world consider laws and regulations governing the creative ecosystem, I hope they keep in mind that while “creative destruction” is an exciting narrative, “disruptive creation” is a hallmark of the American cultural industries. And as Bob Iger noted, “whatever lies ahead, it will be defined by great storytelling. Just like it always has been.”

Picture Above: A behind the scenes look at “Jurassic World” courtesy of Universal Studios (Photo Credit: Chuck Zlotnick).