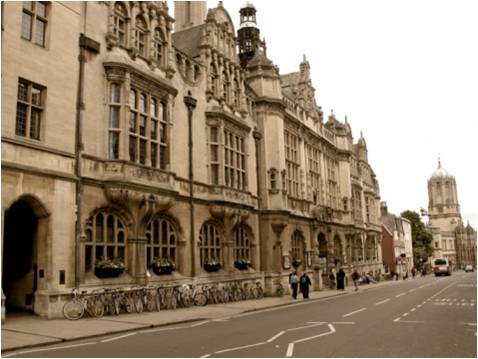 Last week, the London School of Economics released a media policy brief suggesting that piracy isn’t harming the creative industries and in fact, may be helpful.  Unfortunately, the paper includes no new data and the authors’ arguments include some fundamental scientific flaws that undermine the paper’s credibility.  (This isn’t the first brief with these kinds of flaws that we’ve seen from these authors.)

Here’s our point-by-point look at some of the key flawed claims in the current brief.

Reality: This argument, while common, is unsophisticated and misleading.  Apart from issues with whether the brief analyzes revenues correctly, from a scientific standpoint you cannot simply look at revenues either increasing or decreasing at the most general level and deduce the specific impact of piracy.  So many factors go into determining an industry’s topline annual revenue; the most obvious example being which films were released that year and how well did they do?  The success and popularity of creative content varies from year to year.  In order to isolate the impact of piracy, more sophisticated analysis is required.  You have to address the counterfactual question “what would sales have been in the absence of piracy?”  The real question is not whether the creative industries’ sales are up or down in a given year, but what the industries would have achieved without the damaging effects of piracy.

The majority of objective academic studies – particularly those published in top peer reviewed journals – that specifically address this question have found that piracy harms media sales.

Claim: The Hadopi program in France has been ineffective.

Reality: The brief focuses on the Hadopi program in France and does not provide a balanced picture of the impact of Hadopi. The French Government is not abolishing Hadopi, it is simply making some changes to the way it is administered. The brief mentions the empirical, peer-reviewed evidence that consumer awareness of Hadopi increased digital sales while crediting this impact to the “education component of Hadopi,” as if that impact could be divorced from consumer awareness of the implementation of the entire Hadopi program.  (Incidentally, the first version of the brief the authors released actually came to the opposite conclusion of the paper they cited.  The original language on page 11, citation 22 read:
It has subsequently been edited and updated to read:
— a significant change in findings.)

The brief also cites the European Commission’s Joint Research Centre report on online music consumption in order to underscore its point about Hadopi.  Unfortunately, that report is unreliable for the purpose of assessing how piracy impacts music sales because the methodology is missing a model or “experiment” that would help identify the key counterfactual: what would music sales have been in the absence of piracy? The report is structured to produce only a correlative, not a causal answer – consumers’ “taste for music” is partly unobserved in this study, but highly correlated with both legal purchase and piracy activity, creating a positive bias that actually makes it surprising the results are not more strongly positive.  In other words, the results from this paper would be more correctly stated as “people who like music tend to pirate more and visit iTunes more than people who don’t like music.”  While their data suggests this to be true, this result does not lead to the conclusion that piracy does not harm sales – in fact, most peer-reviewed research suggests that these same people who like music would be consuming more legally if piracy were not available to them.

Claim: The culture of online sharing is incompatible with strong copyright protection for creative works.

Reality:  This brief highlights a few examples of increased use of crowd-sourcing, crowd-funding and creative commons licenses to argue that exclusive ownership of intellectual works is not the only incentive that sustains their production, claiming that the use of exclusive rights ‘privileges copyright owners over these creators’. This assertion is unsubstantiated and reveals a bias against the whole concept of copyright.

The use of creative commons licenses and the application of exclusive copyright are not mutually exclusive concepts. It is up to the creator of a work to determine how they exercise their intellectual property rights – those who wish to make their work available under creative commons licenses are free to do so, as are those who choose to exercise their right to benefit from the commercial sale of their work.  Creators and audiences alike benefit from the creator’s right to choose how best to share their work.

Online infringement is a complicated problem, and finding solutions will require every player in the Internet ecosystem to come to the table willing to take meaningful steps to help ensure that everyone plays by the same rules online.  The creators and makers who work hard to make the movies, TV shows and movies you love deserve to be compensated for their work – and audiences deserve more choice online.  That’s why the film and television industry is calling on all stakeholders – media companies, ISPs, ad networks, search engines, payment processors and more – to work together to find meaningful solutions to protect an Internet that works for everyone.