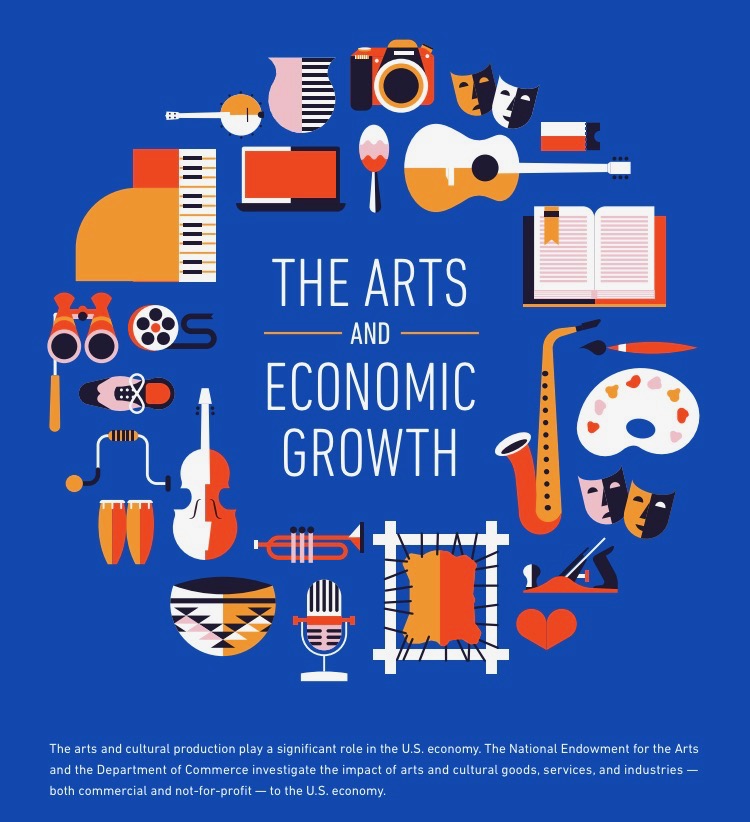 Creativity Provides a Major Boost to the U.S. Economy

A new report from the National Endowment for the Arts (NEA) and the U.S. Bureau of Economic Analysis (BEA) highlights the substantial value of the creative community to our nation’s economy. Arts and cultural production in total contributed $729.6 billion to the U.S. GDP in 2014, the year in which these agencies evaluated the data, equivalent to 4.2% of GDP. The production and distribution of films and television shows was responsible for $99.8 billion.

Total arts and cultural employment accounted for 4.8 million jobs in 2014, up 1.3 percent from the previous year and accounting for 3.3 percent of all jobs in the United States.

The Arts and Cultural Production Satellite Account (ACPSA) identifies and measures 35 industries that constitute the larger arts and cultural sector. Data by industry is included here.

According to the report, between 1998 and 2014, the contribution of arts and culture to the GDP grew by 35.1 percent. The arts and cultural sector is also an export powerhouse, running a trade surplus of $26.4 billion in 2014, with the lion’s share coming from film and TV exports, which totaled $16.4 billion.

Additionally, through a collaboration with the National Assembly of State Arts Agencies, the joint report for the first time tracks the economic impact of arts and cultural production in each state – and shows the key data in an interactive map.