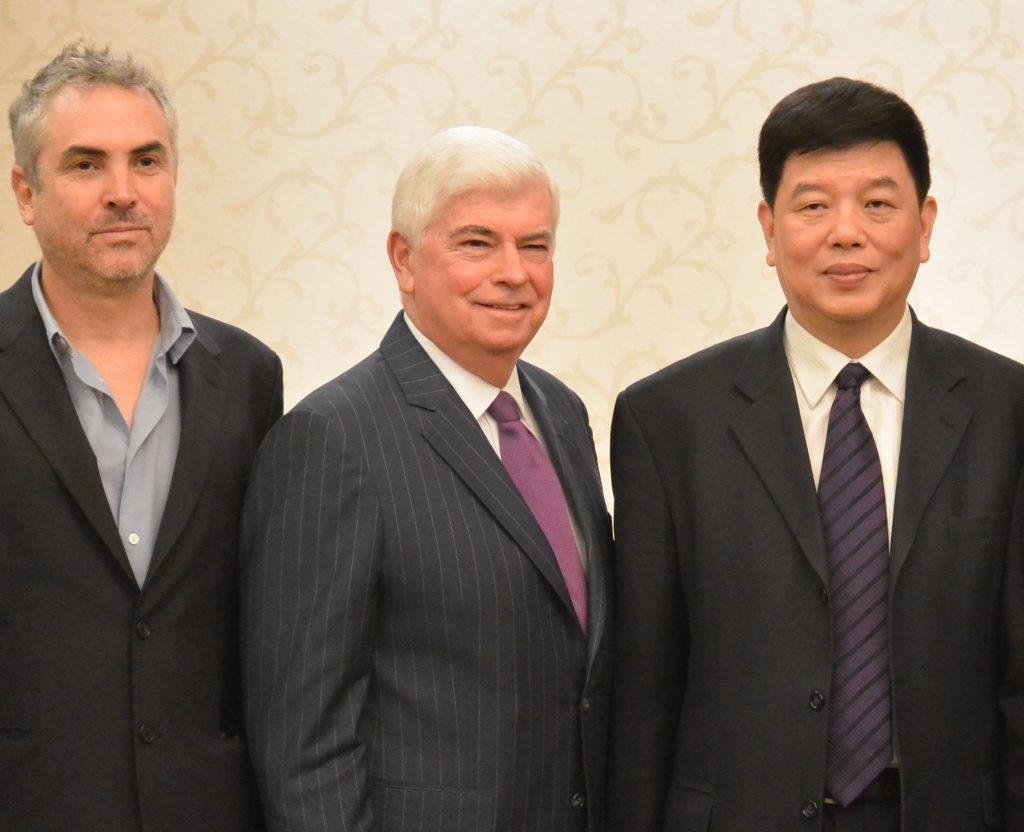 The growing and thriving relationship between the Chinese and U.S. film industries has never been more important. That’s why yesterday, I was honored to deliver remarks at the 4th Annual Beijing International Film Festival, celebrating the development, growth, and success of the Chinese film community.

Out of the 2,000 film festivals occurring globally every year, the Beijing International Film Festival is remarkably positioned to promote the art of storytelling because it is located in one of our industry’s fastest expanding markets. This past month, I was excited to announce that in 2013 global box office receipts set a world record of US $35.9 billion. A large part of this success is due to the rapid growth in China, now the second largest box office in the world. In fact, China experienced 27.5% growth in box office from 2012 to 2013 and now stands as the first to surpass $3 billion.

This success can largely be attributed to the Chinese audiences’ demand for quality content and a meaningful movie-going experience. Thirteen new cinema screens are constructed each day allowing Chinese audiences to enjoy more Chinese-made movies, more American-made movies, and more jointly produced Chinese-American films. Simply put, everyone, regardless of where they’re from, loves a good story that is well told.

The global audiences’ appreciation of our films will only improve and grow as we enhance the quality of our work through collaboration, exchanging our creative ideas and culture. Through this important relationship, we have witnessed the creation of numerous partnerships between members of the U.S. and Chinese film industries in areas of film co-production, animation studio development, exhibition and online video distribution

Over the past several years, we have partnered with SAPPRFT to co-organize our annual “China International Co-production Film Screenings” in Los Angeles, highlighting the finest Sino-Foreign co-productions. Late last year we supported, again with SAPPRFT, a hugely successful program called the “China Paramount Filmmaker Exchange Program” that brought five leading Chinese filmmakers to Los Angeles for a week to learn more about our industry, as well as share knowledge from their own experiences. These programs offer tremendous promise and strengthen both of our industries’ willingness to continue working together.

At the intersection of these two bustling markets, I am grateful for the opportunity to experience first-hand the diversity of domestic and international films being screened at this year’s Festival and I am eager for the great future that lies ahead for the Chinese and U.S. film industries.