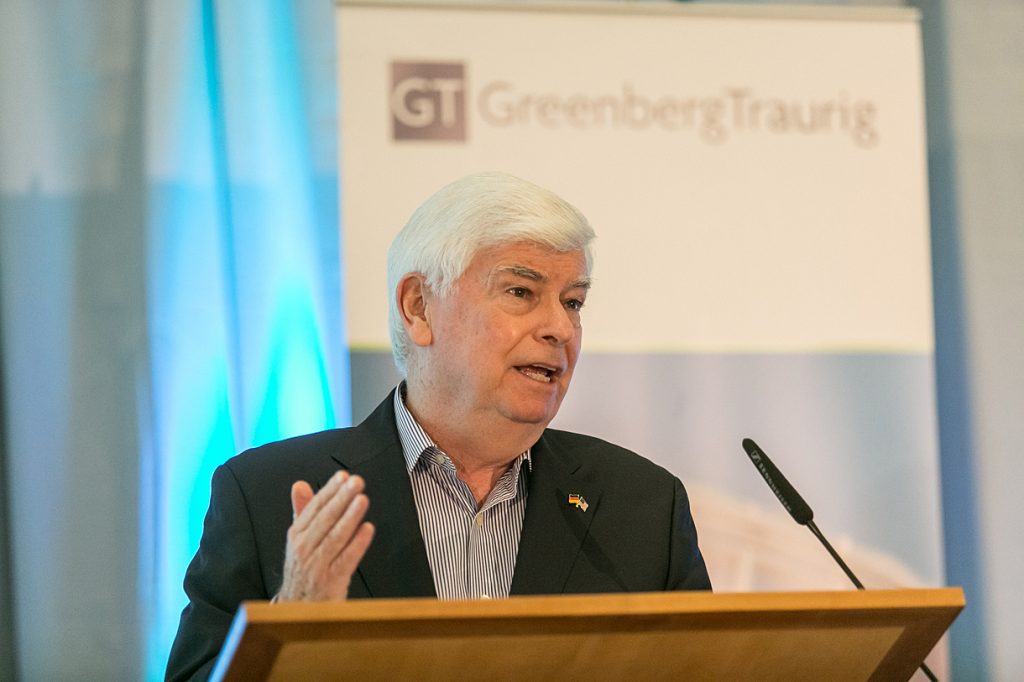 On November 1, 1895, Max and Emil Skladanowsky cemented Germany’s place in cinematic history by hosting the first public film screening at Berlin’s Wintergarten theatre. Over the past several days, I have been thrilled to celebrate the history of this art form by returning to this early cradle of cinema for the 66th Berlin Film Festival, and to speak with members of the global film community about the future of this great industry.

To mark this year’s Berlinale, MPA joined the international law firms Greenberg Traurig and Morrison and Foerster in organizing panel discussions about the future of Europe’s film and television industry. While the Morrison and Foerster discussion examined the growth of international television production, the Greenberg Traurig one focused on the proposed Digital Single Market,

As I said at both events, our industry is excited about the opportunities that digital technology offers. In fact, the studios that I represent are already deeply engaged in the digital environment, as our discussion at the television panel vividly illustrated. So it is important to the audiovisual sector that Europe’s leaders get the Digital Single Market right.

Unfortunately, several of the proposed regulations have the potential to hurt the industry and the men and women it employs. Part of the reason for this is a mistaken belief in a monolithic, pan-European audience.  This misconception makes some want to interfere with the contractual freedom to license film and television on a territorial basis – a practice that has long served as the financial underpinning of Europe’s film industry – and require pan-European offerings instead.

Of course, the real question in all this is what European audiences want. Eurobarometer recently did a study examining that very question and the results surprised a lot of people: It showed that Europeans actually prefer local content, and that consumer habits are actually growing increasingly individualized. According to the study, only 8% of consumers have ever tried accessing content online that was created for other markets.

In the U.S. we have exclusive rights and contractual freedom, where rights holders are free to license locally, regionally, or nationally, depending on what their audience wants. It is up to copyright owners to figure out how best to make audiences happy.

In Europe, with its much greater cultural and linguistic diversity, that approach of contractual freedom to meet local audience demand makes a lot of sense. You only need to look at the diversity of European films that was front and center at this year’s Berlinale to recognize this fact. Movies from Portugal and France competed against co-productions from Germany, France and the United Kingdom. Stories from Polish and Italian filmmakers were shown next to those from Belgian and Czech storytellers.

How many of these diverse movies would have gotten made under the current proposals for the Digital Single Market? How many would have been able to get financing without the funds generated by territorial licensing?

As I told the audience in Berlin, and as I stressed in this post, we are not unquestioningly opposed to a Digital Single Market. What we want – and what a strong, diverse European film market needs – is close collaboration with European authorities to get it right.

We agree, for instance, on the principle that consumers should be able to access their legally obtained digital movies and TV services while traveling throughout the European Union, as long as it does not become a “back door” to mandating one-size-fits-all, pan-European licensing.

We share the same desire held by everyone in the European film and television community: that our audiences may continue to enjoy the content they love – and creators and their business partners may continue to prosper from the high-quality content they produce.  That is the best way to maintain the incredible diversity of artistic creations that was on display throughout this year’s Berlinale.