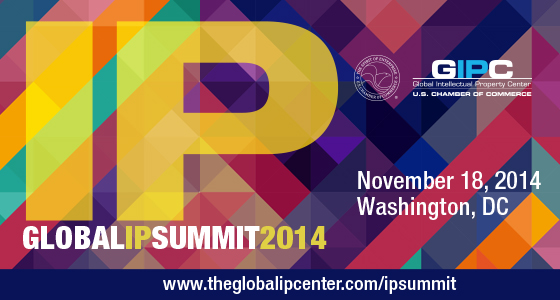 There has perhaps never been more innovation, investment, and experimentation in the American film and television industry than there is today. Over the past seven years, the Global Intellectual Property Center has emerged as a leading voice promoting and protecting the intellectual property rights around the world that allow that creativity and innovation to flourish, so, I was delighted to attend and speak at yesterday’s 2nd Annual GIP Global IP Summit on behalf of all those within the film and television community who rely, every day, on those very rights in order to do their jobs.

It’s important to remember that the ongoing innovation and creative leaps happening in TV and filmmaking do not happen miraculously.  It takes dedicated, creative, hard-working men and women willing to invest their time, energy, and finances in order to make them happen. Every day, more than 1.9 million people go to work in jobs connected to, contributing to, or dependent upon the American film and television industry.  And their hard work is reflected in the numbers: $111 billion in wages generated, $120 billion in sales recorded, and $16.2 billion in worldwide exports created by this industry in 2012 alone. There can be no denying the enormous impact film and television has on the American economy.

For as long as moviemaking has existed, protecting creators’ intellectual property has been the foundation of a healthy film and television industry. And it remains among the most effective guarantors for the creation, production, and dissemination of cultural works anywhere in the world today. Intellectual property ensures every one of the hardworking individuals involved in bringing films and television series to life have jobs and are decently compensated for the countless hours of work they contribute to these stirring productions.

We recognize that we can do more to help consumers legally find the content they are looking for.  There are now more than 100 different legitimate sites available to users for watching content in the U.S. But with all of these different sites, and the fierce competition they create, there can also come confusion given the wide variety of available choices. That is why we created WhereToWatch.com, a one-stop shop, connecting users directly to legal content sites.  All you have to do is type in the title of a film or TV show, the name of an actor or director, or the type of film genre you want to watch, and WheretoWatch will provide legal options for buying, renting or streaming what you’re looking for.  And if you’re looking to see something currently in theaters, all you have to do is type in your zip code and the site will provide show times for what’s playing in nearby theaters. We created WheretoWatch to simplify the viewing experience for you.  And we hope to keep adding availabilities to the site in the months to come; this is only the beginning…