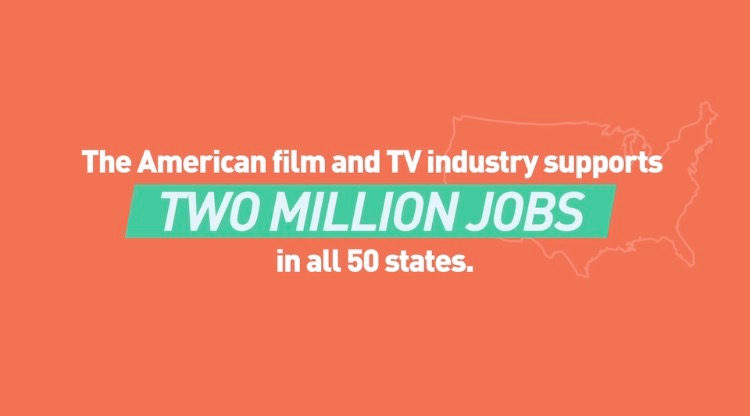 Celebrating Creators Behind The Scenes

In honor of Labor Day, the MPAA is celebrating the millions of American creators working behind the scenes to bring great stories to life.

In total, the film and television industry supports two million American jobs across all 50 states. And while famous actors, directors, and producers may immediately come to mind, the vast majority of roles supported by film and television are “below the line.” They are the writers, set builders, makeup artists, animators, special effects technicians, and many more people working across every facet of producing and distributing creative content.

These are high-quality and high-paying jobs. At its core, film and television supports a heavily unionized workforce with an impressive average salary 75 percent higher than the national average.

What’s more, when indirect jobs – such as caterers, dry cleaners, florists, and software suppliers – are considered, the industry pays $134 billion in total wages and another $43 billion in payments to more than 300,000 local businesses.

When advocating for policies and solutions that protect creativity, the MPAA is proud to partner with creative industry unions and guilds who give voice to hundreds of thousands of creative professionals.

This Labor Day, we are grateful to each and every individual in the industry for their hard work and proud to support them as they build, create, innovate, and share their stories.

Take a look at some of the faces behind popular shows and movies:

Celebrating Creators Behind The Scenes from MPAA on Vimeo.