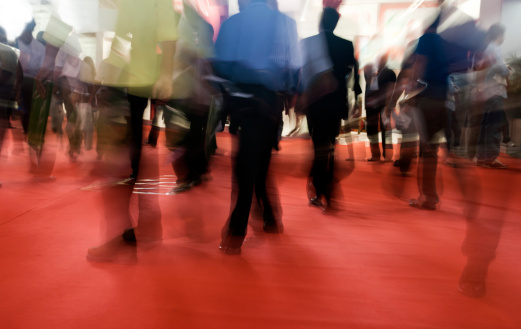 At CES, Michael Lynton and Vince Gilligan discuss how technology has made for better TV storytelling

At this week’s Consumer Electronics Show (CES) in Las Vegas, Michael Lynton, CEO, Sony Entertainment and Chairman and CEO, Sony Pictures Entertainment, and Breaking Bad creator Vince Gilligan highlighted the positive impact that subscription video on demand (SVOD) services are having not only on the economics of making TV shows and movies – but on how our favorite stories are actually told.

“When I started out on shows like The X Files,” Gilligan said, “the conventional wisdom was that serialized storytelling was to be avoided, that one episode completes the story.  SVOD allows a hyper-serialized form of storytelling and gives people the freedom to access content when they feel like it.”

“Now we have five to six SVOD services competitively bidding on TV series and films that never existed before, both in first run as well as syndication. It has changed the economics dramatically for us – but in a positive way,” Lynton added.   The discussion was an important reminder of the degree to which technological innovation and storytelling are inextricably linked.  Technology is giving creators more freedom to tell stories the way they want to.  “When I grew up, TV series were framed and cut to a smaller screen size which led to a lot of talking heads,” Gilligan said. “With giant, wide TVs, you get to frame and emulate John Ford or Sergio Leone and, in the case of Breaking Bad, you can place characters in an endless expanse of Mexico prairie which gets to look very painterly and cinematic. That’s a wonderful development.”   As the technology that allows creators like Gilligan to tell stories and the technology that delivers those stories to audiences continues to evolve, consumers reap the benefits.  In the U.S. alone, there are currently more than 95 online services for streaming and downloading legal content, including iTunes, Netflix, Hulu, Amazon Prime, HBO Go and Flixster.  (A list of these services can be found at WhereToWatch.org.)  There are more than 410 unique online services around the world offering legitimate full-length films and TV shows to consumers.   At yesterday’s CES event, Sony said it would give consumers yet another option by launching a new cloud-based TV service this year that combines live TV with video on demand.  It will include a “watch and resume” function that allows consumers to seamlessly switch devices in the middle of a movie or TV show.   The continued growth of legitimate VOD services gives audiences ever more ways to watch our favorite movies and TV shows. As it turns out, they actually also help creators produce the type of content we enjoy watching most.