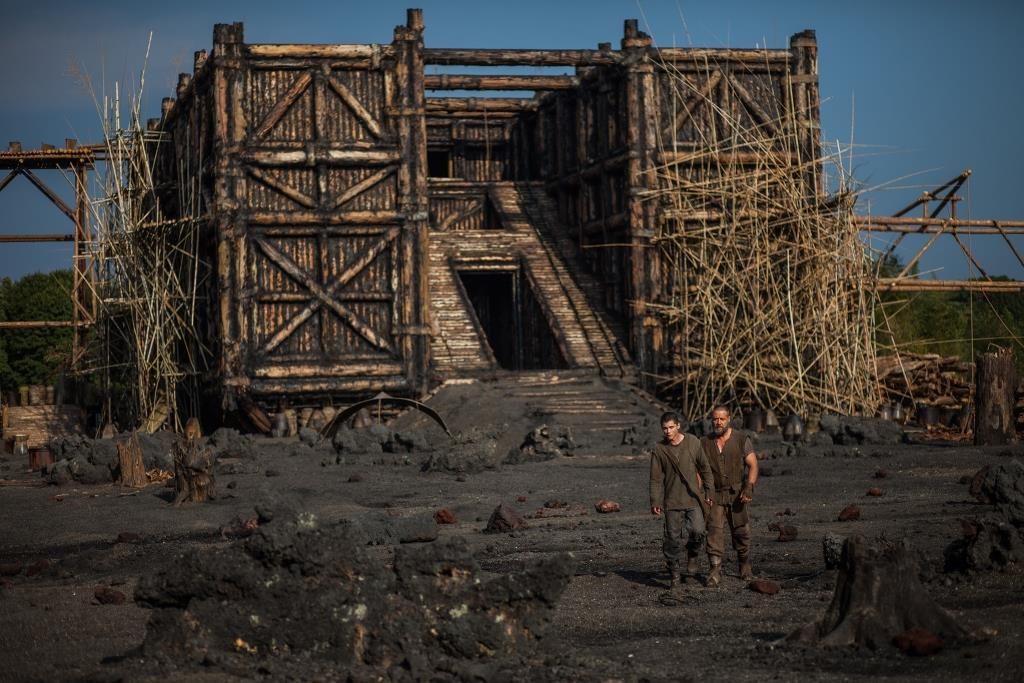 The epic tale of Noah and his ark will be told on the big screen beginning tomorrow in Paramount Pictures’ highly anticipated film NOAH. Thousands of moviegoers will venture to the theater this weekend to watch Russell Crowe and an impressive cast in what is already being called a “daring” and “bold interpretation that offers room for speculation and invention” by The Hollywood Reporter. What may not be immediately apparent to audiences, however, is the enormous impact the film’s production had on the New York State economy, where principal photography took place.

Figures released today by Paramount show the production of NOAH was responsible for $60.5 million in spending and almost 2,000 jobs in New York State alone. That includes $30.2 million in wages paid to local employees, and $3.6 million in taxes paid to the state.

New York Governor Andrew Cuomo praised the film’s role in boosting his state’s economy, saying, “the new New York is open for business, and we are pleased that a growing number of film, as well as television, producers are contributing significantly to the State’s momentum in creating jobs and our economic recovery.”

Local businesses and vendors are some of the primary beneficiaries when productions come to town. NOAH utilized hundreds of local vendors in a variety of industries, such as post-production services, lodging, car rental facilities, catering businesses and many others. For example, the production spent nearly $650,000 at Lenoble Lumber Company based in Long Island City on materials for the shoot. Another beneficiary was Bay Crane, Inc, an upstate crane and transportation solutions company that saw $1.1 million in business from the production.

Today’s statistics are just the latest example of film and television production serving as an economic boon for state and local economies. Figures released last month for the Warner Bros. film WINTER’S TALE, and studies conducted in North Carolina, Florida, and Massachusetts all show significant job creation and millions of dollars in spending generated by local productions. The studies above calculate a return-on-investment figure related to production tax incentives, and in every circumstance, the economic contribution far exceeds the incentive awarded. States with a reliable and competitive production tax incentive are seeing tremendous benefits for their local workforce and business communities, and are rewarded with increased revenue to state and local tax coffers. Bottom line: a healthy entertainment industry is invaluable to a states’ economic growth- a well-documented fact underscored today by NOAH and Paramount Pictures’ impressive announcement.