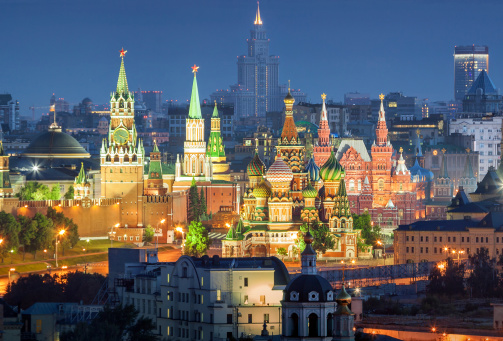 Another Important Milestone in Russia in Building an Online Creative Marketplace

Russia is an important and growing market for both its own domestic and international film and television industry with an active national creative community that supports thousands of jobs, including people who work in production, post-production, theatres, video shops and online legal services.  In 2012, Russia had the ninth largest international box office market, with $1.2 billion in ticket sales.

The Russian government took an important step in August to bolster the copyright protection that is at heart of this industry and approved its new anti-piracy law.  This was a clear recognition of the fact that creativity, cultural content and expression are vital to any society, and if a country cannot protect the creative ideas of its people, the country loses not only the economic benefits, but the ability to market itself to the world.

In another important step forward, rights-holders and a number of user-generated-content (UGC) sites signed a Memorandum of Understanding yesterday, which will help both Russian and international film, television and Internet companies further develop the rapidly growing legal online marketplace.  This milestone was spearheaded by the Federal Service for Supervision of Communications, Information Technology and Communications.  The MOU takes effect in early 2014 and will include a voluntary commitment to take preventative measures against piracy including a system involving fast track notice and take down of infringing content that is placed on their sites.

This important initiative highlights that responsible actors within the Internet ecosystem can take meaningful steps toward a shared, voluntary effort that will curb copyright infringement online and lead to more high-quality, legitimate choices.

We must all play by the same rules.  No one should be allowed to profit off of others’ hard work and original ideas.  It will take a shared, voluntary effort from all involved to institute better rules of the road, which will help foster creativity and innovation.  And in Russia, those responsible players who signed the MOU have shown us that this is possible.