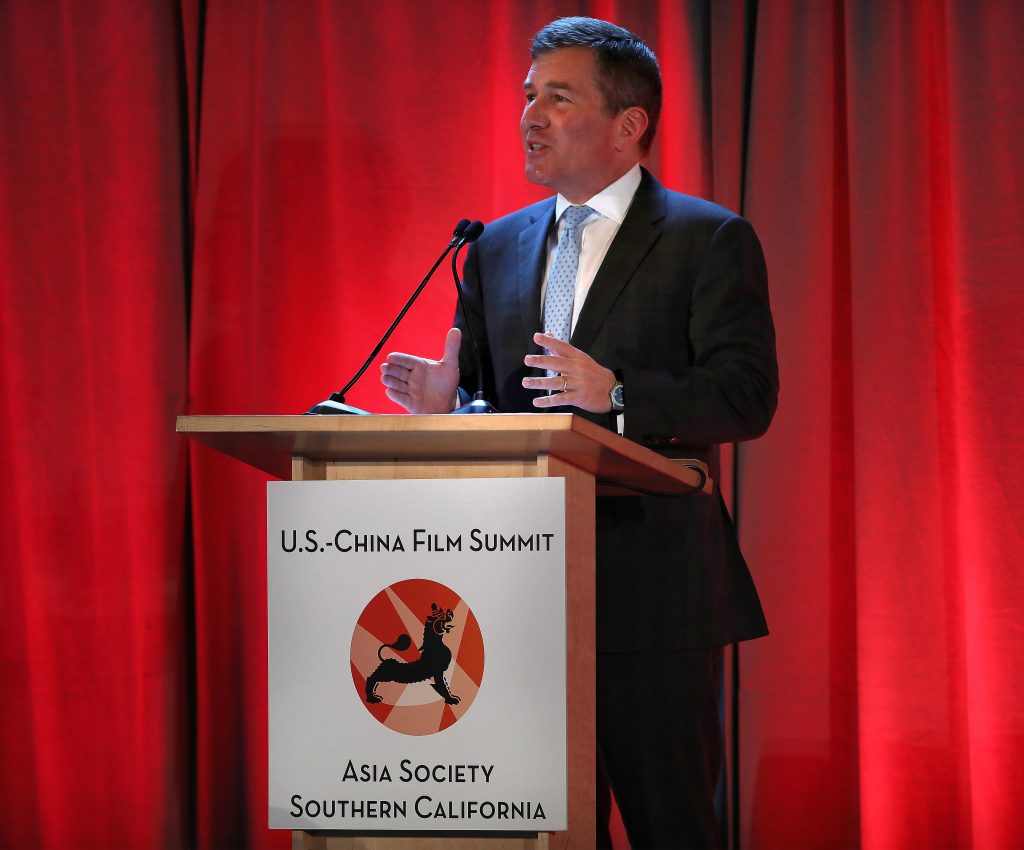 This week, the MPAA celebrated the increasingly strong partnership between the American and Chinese film and television industries at a series of events in Los Angeles. From screenings of co-productions to award shows and summits, the week reinforced the importance of collaboration between the world’s two largest film markets.

On Monday, MPAA CEO Charles Rivkin had the opportunity to meet with four young Chinese filmmakers visiting Los Angeles as part of the Paramount Pictures-China Filmmaker Exchange Program. The week-long, intensive program teaches emerging Chinese creators how films are developed, produced, and distributed in the American studio system, and in turn, allows them to share their visions for the Chinese industry with their hosts.

This year’s filmmakers, among some of the most promising creators who have made the journey to Los Angeles since the program’s inception in 2013, shared stories of earning awards for their creative content, working with famous Chinese directors and producers, and experiencing box office success.

This program is among the many workshops, panels, and pitching competitions on 3D filmmaking, animation, web-movies, and more that improve dialogue and deepen understanding between the two country’s industries.

Finally, the highlight of the week came on Wednesday morning, when Rivkin, delivered keynote remarks at the Asia Society Southern California’s U.S.-China Film Summit. During this premier U.S. event for Hollywood and Chinese film industry leaders and creators, he reinforced the importance of the growing Chinese film market, highlighted the many partnerships and co-productions between the U.S. and Chinese industries, and emphasized the importance of collaboration going forward.

“Our two film markets have been undeniably successful – and the future holds even greater promise,” Rivkin said to a crowd of industry executives, creative stakeholders, media, and creators. “However, seizing potential growth – and overcoming the challenges ahead – will require cooperation…By building on this common foundation, we can bring audiences around the world more of the content they love. We can continue to create jobs and drive economic growth. And we can represent our ideals to the world, while better understanding the values of others.”

Following a successful week of dialogue between the American and Chinese film industries, the MPAA looks forward to many, many more years of strong partnership.