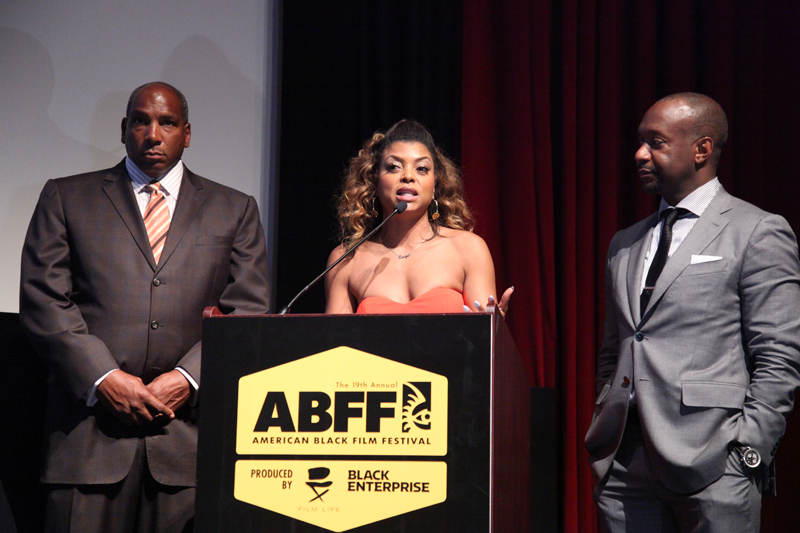 In partnership with Open Road Films, the MPAA presented director Rick Famuyiwa’s highly acclaimed film “Dope” to a packed audience, including the director and the principal cast, at the Opening Night Festivities of the 2015 American Black Film Festival (ABFF) this past weekend.  Attendees were welcomed by Jeff Friday, ABFF Founder and CEO; Earl “Butch” Graves, Jr., CEO of Black Enterprise; and ABFF Celebrity Ambassador Academy Award-nominated actress Taraji P. Henson before the event was turned over to the MPAA as the Opening Night Sponsor.

Our unique partnerships with the ABFF and some of the nation’s leading multicultural organizations help underscore our industry’s continued outreach and support to the minority filmmaking and creative communities.  That’s why before the screening of “Dope,” I gave greetings on behalf of MPAA Chairman and CEO Senator Chris Dodd and our member studios, sharing trailers from Walt Disney and Marvel’s “Ant-Man”; Warner Bros.’ “Magic Mike XXL”; and Universal’s “Straight Outta Compton.”

We also introduced the ABFF audience to MPAA’s WhereToWatch.com, a one-stop-shop that guides consumers to the wide-array of legitimate options for viewing their favorite movies and TV shows, by airing a short video in our “I Make Movies” series. The video, which garnered a tremendous audience response, highlights Phillip Boutte Jr., a costume illustrator that has drawn characters for movies such as “X-Men: Days of Future Past” and “Man of Steel.”

Prior to the event, Senator Dodd emphasized the importance of participating in the ABFF, stating, “We are excited to continue enhancing our ongoing partnership with the American Black Film Festival by sponsoring this year’s Opening Night Film. I would like to give a big thank-you to our good friends at Open Road Films for collaborating with us to bring their fantastic film, “Dope,” to the festival audience. Having a film of this caliber, as well as exclusive previews from the MPAA’s member studios’ upcoming slate of films, will ensure a wonderful experience for all those in attendance.”

This was the third year in a row that the MPAA participated at the ABFF, and we are already looking forward to next year, as the ABFF will celebrate its 20th Anniversary with a return to its home of more than a decade, Miami, FL.