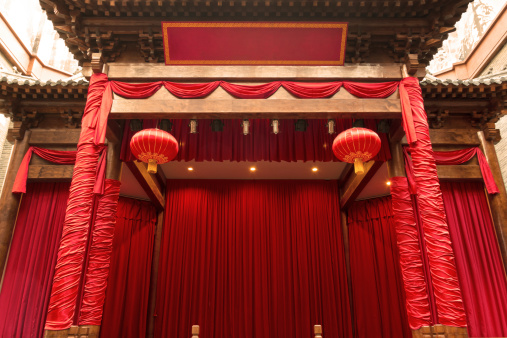 Fascinated to see a rom-com about the pregnant mistress of a powerful tycoon shipped off to Seattle to have a baby to escape the reach of the gossip tabloids? Excited to see Keanu Reeves take the helm behind the camera for his directorial debut with the action film Man of Tai Chi?  Then look out for these and other co-productions screening when filmmakers and representatives of the American and Chinese film industries converge on Los Angeles for the 3rd China International Co-Production Film Screenings.

Over the past decade, China has exploded into one of the biggest film markets around the world, second only to North America.  Between 2003 and 2012, their box office grew from USD $120 million to USD $2.7 billion, and for the first nine months of this year it grew once again by nearly 35% compared to last year. And the domestic and co-production film industry in China has grown in leaps and bounds, producing some of the most creative and original content around.

That’s why for the last five years we worked with others interested in the growth of China’s film industry to create the China International Co-Production Film Screenings with the goal of fostering a greater exchange of creative ideas and strengthening the bond between our two film industries. And it is working. Today, Chinese, American and companies from many countries are together producing films, building cinemas, and innovating with new technologies to excite audiences worldwide.

And now, after the great success of our first two co-production film screenings, all of us at the MPA, as well as our partners at AMC, Asia Society, China Film Group Corporation, China Film Co-production Corporation, China Lion, CJ Entertainment, IMAX, MTime, Variety and Wanda are thrilled to highlight a small sample of the great filmmaking that is being done by creators and artists from both nations working together thanks to the cooperation that events like this support.  To kick-off this year’s exciting line-up of screenings, our partners at Universal Studios will host a gala event on their studio lot this evening featuring a special screening of Man of Tai Chi. The week will continue with the North American premiere of Finding Mr. Right, a love story from the mind of talented new writer/director Xue Xialou who was the winner of MPA Asia-Pacific’s first film workshop just a few years ago; the Chinese blockbuster Young Detective Dee: Rise of the Sea Dragon, and others.  A full schedule of the week’s screenings can be found here.  This is a very exciting time for not only those working in the Chinese and American film industries, but movie lovers in both nations who are eager for great stories that are fresh and well told. It has never been easier for creators from different nations to collaborate on projects and bring stories to life that will appeal to different audiences than it is today. So for those who attend next week’s 3rd China International Co-Production Film Screenings and are looking for great, fresh stories that appeal to a lot of different audiences – I promise that is exactly what they will get.