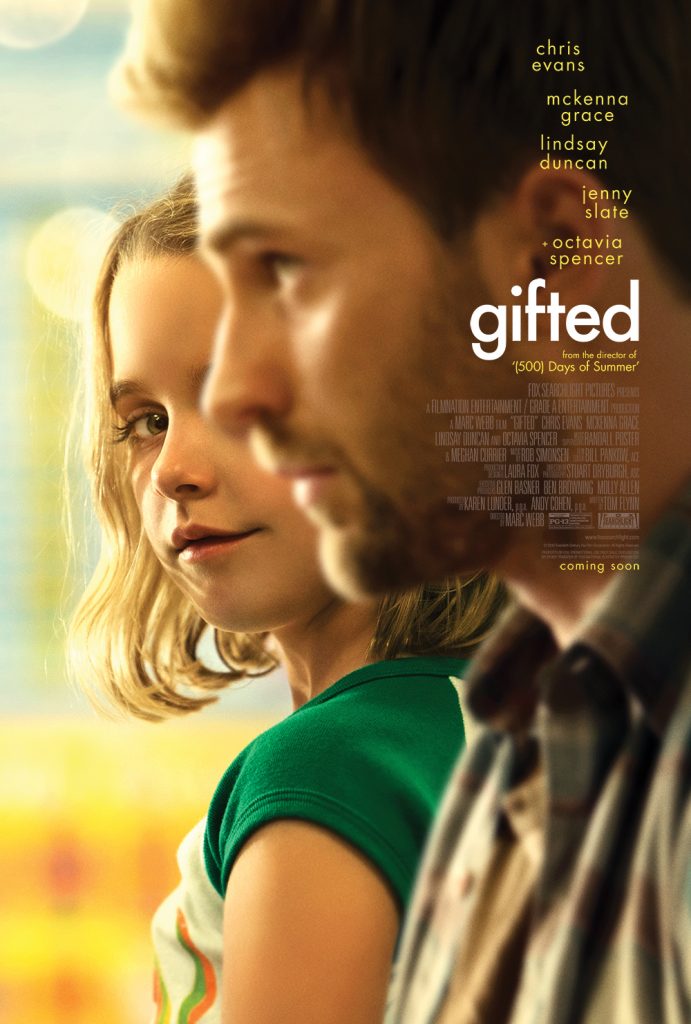 This week, the MPAA joined 21st Century Fox to host an advance screening of Gifted, coming to theaters April 7. The film is being released by Fox Searchlight Pictures, which is known for bringing audiences award-winning, character-driven films such as Slumdog Millionaire and Little Miss Sunshine. Gifted joins their impressive list of truly moving films.

The film tells the story of a single man trying to give his niece, a child prodigy, a normal childhood as his deceased sister wished and her grandmother’s conflicting plans for her future. The film stars Chris Evans, Mckenna Grace, and Lindsay Duncan.

Gifted was shot in and around Savannah, Georgia, hiring over 200 Georgia crew members for the shoot. The production also collaborated with a number of universities in the area, including the Savannah College of Art and Design, whose film department contributed a number of the production assistants and the production office staffers.

Casting pulled from the talented pool of actors based in Savannah for supporting roles, hiring 750 local cast and extras for the film. In addition to creating and supporting local jobs, the production spent money on local housing and other set costs, benefiting the local economy. The production of Gifted showcases the financial ripple effect of a film production in local communities, which spend an average of $200,000 per day on expenditures to local businesses.

Prior to the screening, attendees heard from 21st Century Fox Vice President of Government Relations Kristopher Jones on the importance of protecting creative content to enable storytellers to bring films like these to the big screen. “Every morning and in every state, two million Americans wake up and head into a job that is reliant upon the TV and film industry,” Jones explained. “When a movie is stolen and illegally streamed online, these American jobs are threatened.”

The MPAA and its members continuously work together to protect creativity and support jobs throughout the country. Catch Gifted in theatres next month to see the talented efforts of local Georgians, and the creative minds of the film industry at work.