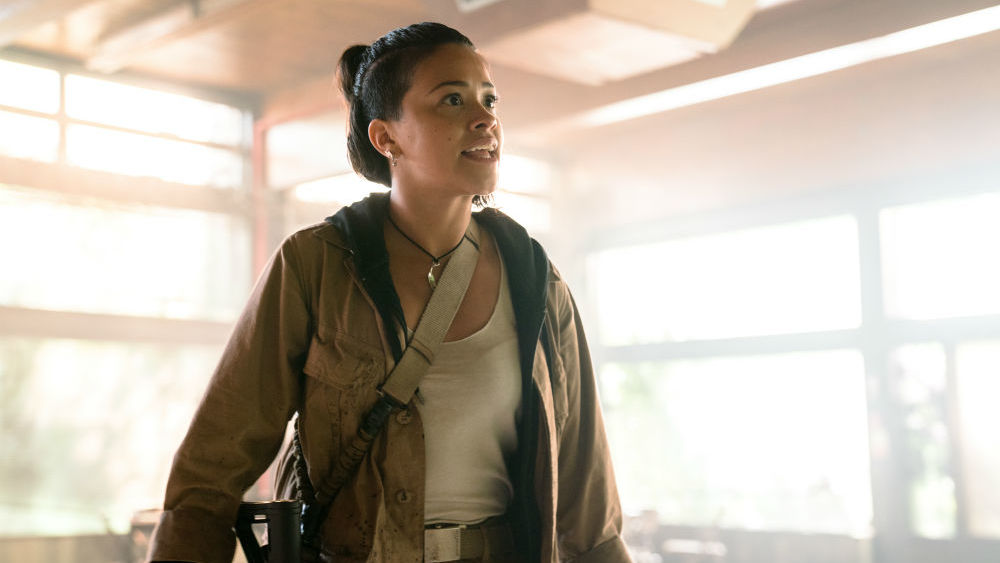 The great Gina Rodriguez is best known for her stellar work on The CW’s Jane the Virgin, yet the last time we saw her taking on a secret assignment, she was playing Anya Thorensen in Alex Garland’s trippy, super intense sci-fi film Annihilation. In that film, Rodriguez shed all remnants of her persona from Jane the Virgin and showed us a raw, vulnerable character who plunged into the mysterious Area X and found some seriously horrifying stuff. Now Rodriguez is back in the sleuthing business, only this time we can be almost positive there will be no genetic mutations and hybrid bears.  The talented star is doing double duty on an iconic detective from our childhoods (for those of us who count the 1990s as our childhood)—she will be taking on the role of Carmen Sandiego, the most fashionable super sleuth globetrotter, per Deadline.

It’s fitting that Rodriguez is doing double duty as the double agent—she’ll be voicing Carmen in Netflix’s animated series and also starring as her in the streaming service’s live-action film. Apparently the film will be an extension of the animated series, with the live-action movie possibly digging deeper into Carmen’s past and her origins as a super thief.

Rodriguez follows in the footsteps of fellow Puerto Rican actress and Hollywood Legend, Oscar winner Rita Moreno (West Side Story, One Day at a Time). Moreno was the voice-actor for Carmen in the original animated series, Where on Earth is Carmen Sandiego?, which ran on Fox from 1994-1999. Rodriguez is producing the film, and although it doesn’t yet have a writer or a director, fans can anticipate their favorite fashion forward thief coming to life on Netflix in the near future. We can’t wait to see what the feisty agent has in store for us.

The animated series will begin streaming on Netflix in 2019, and you can also look forward to a line of new books that will tie-in with the show.