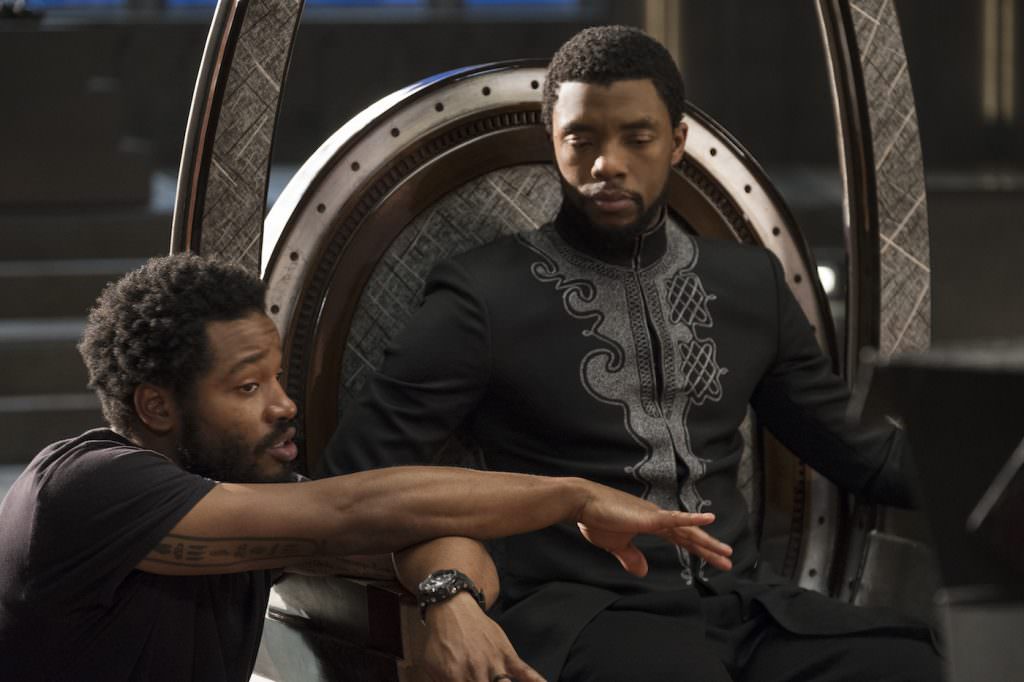 While we doing a bit of research before publishing our story on the new Black Panther trailer, we came across this fantastic interview Fandango conducted with writer/director Ryan Coogler. They spoke a day after the news broke that Kendrick Lamar would be producing and curating the film’s soundtrack.

What Fandango points out at the top is something we, and everybody else, has been commenting on for a while—there’s something very special happening with Black Panther. It looks like none of the other 17 films that Marvel has released in their epic, game-changing cinematic universe, boasting a black writer/director and predominately black cast, story and setting. Every trailer has been met with excitement and glee (especially on Twitter), and the film is perched at the start of a whole new phase for Marvel, with Chadwick Boseman’s Black Panther poised to be one of the studios new stars, in the same way Robert Downey Jr.’s Iron Man and Chris Evans’ Captain America have been the face of the franchise thus far. Black Panther very much feels like the superhero film we need now, just as Wonder Woman was this past summer, and the excitement building around its release is remarkable.

We recommend you read the entire interview, but we wanted to highlight some of our favorite parts.

I think it’s a bit of an espionage thriller. I think it’s a little bit of a family drama. It involves T’Challa working with his family, so I think there’s a family-drawn element to it. He works with his sister, he works with his mother. He’s dealing with the loss of his father, so similar to any film that deals with royalty, you have a family element and you have a political side, too. It works as a political drama as well. I think similar to Captain America: The Winter Soldier, we’re definitely influenced by the films of the ’70s and influenced by crime fiction.

My favorite film is a film called A Prophet, a French film that was released almost a decade ago now, which seems a bit crazy. Any time I’m making a movie, I’m always leaning on inspiration from that one.

A Prophet deals with secret societies and cultural ties, so that was a big influence [on Black Panther]. I also watched a lot of Coppola’s work from the ’70s. We were looking at all of that stuff and also watched a lot of the James Bond films, but not the new ones. I wanted to watch the ones that were made in the ’60s and ’70s. I watched Goldfinger for the first time, and I just thought it was really interesting in terms of how James Bond was handy.

On the notion that Black Panther could be one of the most important films of 2018:

To be honest, I try not to think about that too much because it could be a bit daunting as a filmmaker.But I can answer it from a personal perspective, and as a film fan. As technology has advanced, you get to the point that you feel like you’ve seen everything, you know what I mean? When you get the opportunity to see something different or something new or to see something that’s through a different lens, I think that can be incredibly exciting.

There have been a lot of superhero movies made. As a comic book and superhero film fan myself, I feel like we’ve seen a lot at this point. I think that the cultural element of [Black Panther] — and how cultural specificity takes such a big role in the film – that’s what makes it quite unique. I’m excited to see more [superhero movies], but there hasn’t really been a film about a character like T’Challa before. Hopefully we can pull it off, but it has the potential to be something that’s really unique in a lot of different ways. I think that you can’t ignore the idea of representation and also the excitement around Marvel Studios and the work that they’ve been able to pull off when telling original and unique stories. I think that folks are excited to see what the studio is able to cook up.