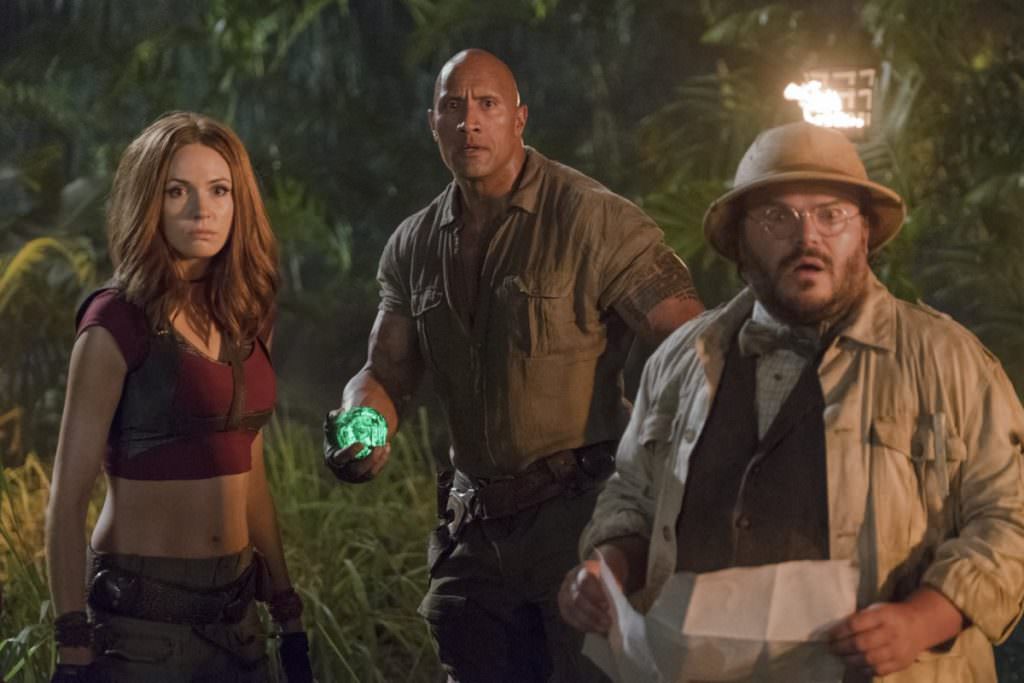 Hear from the Cast of the Wild World of Jumanji: Welcome to the Jungle

“The game will always find a way to be played,” star Dwayne Johnson reminds us in a new Jumanji: Welcome to the Jungle featurette. The cast is interviewed about the clever new spin on the interactive adventure game in which the players are literally sucked into the game and assume the identities of their avatars. The family film premieres this holiday season and Johnson promises that even though it’s a tropical setting, Jumanji captures the “spirit of wonderment” you crave that time of year.

The clip shows behind the scenes footage of an incredible stunt where two of the characters fall hundreds of feet beside a rushing waterfall, no doubt aided by some of the film’s awesome stunt performers. This movie is going to be really intense as the cast, which includes Karen Gillan, Kevin Hart and Jack Black, gushed over the cool action sequences they get to do. There are high flying, a crazy battle with a hippo, and a wild motorcycle ride through the jungle. We’re hoping these players have a few extra lives stored up.

Johnson said that his performance as Dr. Smolder Bravestone is, “The most wonderful, awesome, badass character I’ve ever played.” That is a really high bar considering the former wrestler has appeared in the Fast and Furious franchise and high octane blockbusters like San Andreas.

Johnson says that the filmmakers did their best to pay homage to the 1995 original in which a wild board game was released on the Shepherd and Parrish family. Fans of the film will remember that once Jumanji was finally won, it washed ashore on a beach. We don’t yet know the game’s ultimate journey, but we do see someone uncover it in the sand.

Let the game begin when Jumanji: Welcome to the Jungle hits theaters December 20.