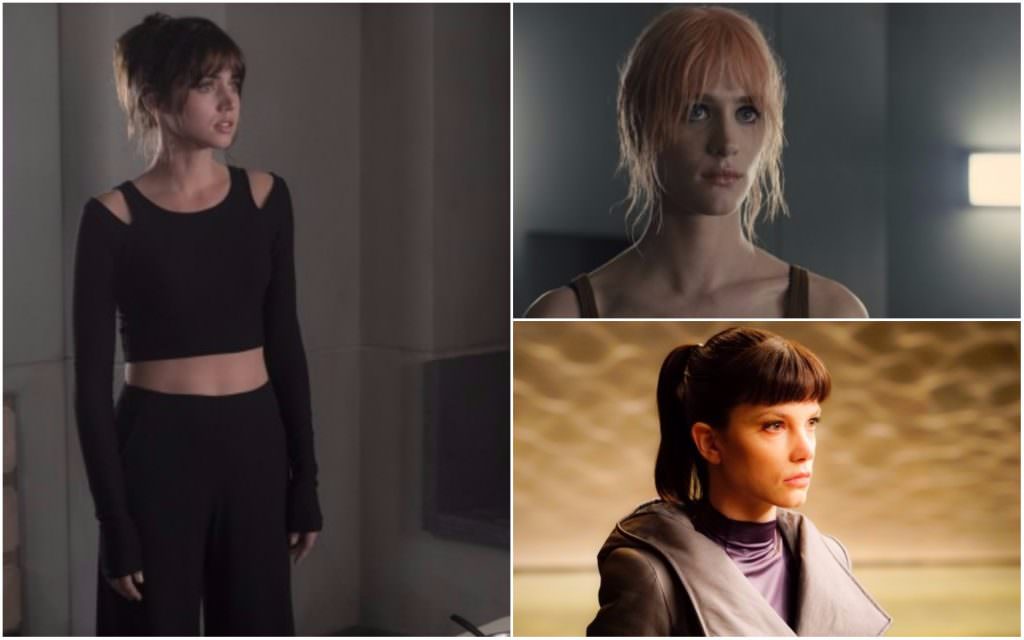 How do you interview actors from a film in which you can’t really talk about the plot at all? This has been the central conundrum facing anyone doing interviews with Blade Runner 2049 stars ahead of the film’s October 6 premiere. Whether its Ryan Gosling and Harrison Ford, or Robin Wright, the stars of the film have focused on the exacting craft that went into making what’s already been hailed as a masterpiece (with special attention paid to the work of cinematographer Roger Deakins), rather than discuss, you know, anything that happens in the film at all.

Collider’s Steve Weintraub has been doing a series of video interviews with the film’s stars, and while they can’t and won’t dish about the plot, they are all very aware they’re apart of something special, and eager to discuss the filmmaking process. This latest video is with stars Sylvia Hoeks, who plays Luv, Ana De Armas, who as Joi appears to play a potential love interest to Ryan Gosling’s Officer K, and Mackenzie Davis, who plays Mariette.

Davis talks a bit about how, when describing the film to friends, she explains it carries on the legacy of Ridley Scott’s original while being something new and fresh. Hoeks says that the film represents a major step for director Denis Villeneuve, and says that while the film is absolutely huge, you can feel Villeneuve’s “heartbeat throughout the whole film.”

“I think everyone felt the weight of that,” Davis says, when asked how they were able to take on a sequel of such an iconic film. “Nobody was going to take this on unless they felt equipped with the script and the people and the ideas to match the original,” Davis says.

“This movie came out of a lot of love and inspiration,” Armas adds, then describes how Villeneuve’s love for the original film allowed him to expand that idea, message and universe into a new story.

Check out the video below, and congratulations, you made it—Blade Runner 2049 premieres across the country tomorrow, October 6.