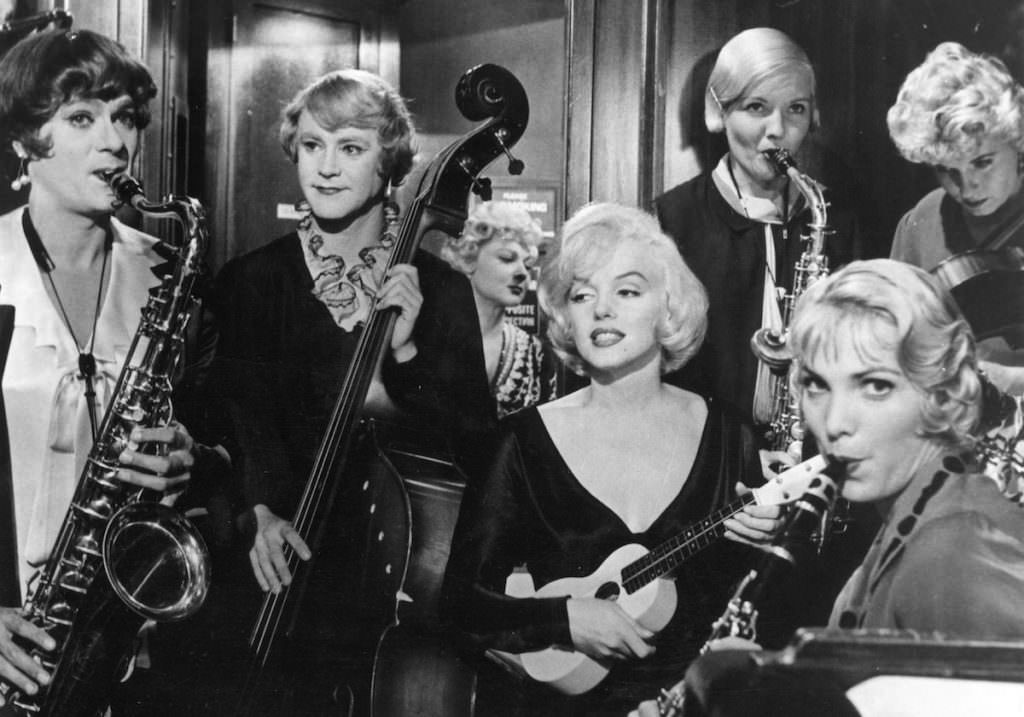 Before the 1990s, movies with LGBT themes were rare. Oh, sure, LGBT characters had always been included in movies, but not as fully human beings. We held down all of the silly sissy and homicidal maniacs roles. (If you’ve never seen the highly entertaining documentary adaptation of Vito Russo’s book The Celluloid Closet, check it out for more on that subject). Nonetheless, many iconic Hollywood films have spoken if not directly, then metaphorically, to LGBT audiences. Here are some thoughts, personal and general, about notable Hollywood films that don’t necessarily include us, but made us feel included.

1978’s Damien: Omen II continued the further adventures of the antichrist that began with the Oscar-winning The Omen. In this sequel, we find the adolescent Damien, who doesn’t yet know what he is, attending a military academy. His commander at the school, a closet Satanist, directs him to read the Book of Revelation. When Damien reads that 666 is the “mark of the Beast,” he runs to the bathroom and parts his hair, revealing–what else?–the number 666 on his scalp. Damien flees his dormitory and runs through the woods to the end of a dock on a river. Breathing hard from the effort of running, he shouts “Why? Why me?” I saw the film when I was 10 or so and had just begun to understand that I was gay. With a shocking jolt, I comprehended Damien’s anguish. Why? Why me? Being gay felt, at the time, like a burden that I didn’t want and never asked for. At the same time, that scene reinforced my intuition that my sexuality was woven into the fabric of my being. I would have preferred to learn that lesson from, say, a magic bunny, or even Pee-wee Herman, but, so it goes. It’s no surprise that horror films about how our bodies betray us—Carrie, The Hunger, Alien, The Fly—have long appealed to LGBT audiences.

On a lighter note, I stumbled on to All About Eve on PBS five or six years later, when I was a know-it-all teenager. For me and so many other LGBT people, being a sexual minority has meant one thing: Get to New York City! All About Eve tells the story of an aging actress, Margo Channing (Bette Davis), who takes her No. 1 fan, Eve (Anne Baxter), under her wing and into her sophisticated Manhattan theatrical set. I had come to recognize the witty, urbane dandy as one of the postures society allowed gay men. That persona dovetailed with my high opinion of myself, which was mostly a defense against the true, low one. The clever banter of All About Eve far exceeded any film I had ever seen and convinced me that I was seeing the hidden drawing rooms of artistic Manhattan enclaves that I dreamed of joining. Some day I would be the bitchy theater critic Addison DeWitt. All About Eve is the first Bette Davis movie I ever saw, and I would wager that it continues to be the first that many LGBT kids see today–unless Ryan Murphy has ruined everything with Feud.

I caught Some Like It Hot for a film class my (closeted) freshman year of college. Many hit mainstream American films have put characters in drag–Tootsie, Hairspray, Mrs. Doubtfire. 1959’s Some Like It Hot was one of the first and most daring. It doesn’t just serve up cross-dressing farce. It flirts with the allure of gender fluidity. In the film, two jazz musicians, Joe (Tony Curtis) and Jerry (Jack Lemmon) accidentally witness a gangland massacre and skip town disguised as women in all-female band. Like Tootsie, Some Like It Hot highlights the harassment women endure. Unlike Tootsie, the film dares to suggest that a man might want to be a woman. After a night of tangoing together, a millionaire named Osgood proposes to Jerry’s alter ego Daphne. Jerry gets so caught up in the idea of marrying Osgood that he forgets that he is not really Daphne. Scenes like that, given the rise of transgender rights as a central social issue of our time, feel especially contemporary. Later, when Jerry, dressed as Daphne, tries to break it off with Osgood, he is finally forced to pull off his wig and declare, “I’m a man!” In one of the most famous final movie lines of all time, Osgood, unfazed, replies, “Well, nobody’s perfect.” I remember that final line as a message from another world that someday I would come out and join.

Thelma and Louise arrived in 1991. AIDS activism was in full swing. There was still no treatment. The direct action group ACT UP had captured the media and the nation’s attention. Thelma and Louise’s radical plot mirrored radical times. Thelma, a waitress, pulls a gun on a man who is trying to rape her friend Louise in a parking lot. When the man says, “I should’ve gone ahead and f—– her,” Thelma shoots him in cold blood. Intentionally or not, Thelma and Louise caught the revolutionary energy that was sweeping through the LGBT community. I had just come out and become involved in AIDS activism, which required not just the emotional but also physical courage to disrupt society, consequences be damned. Thelma and Louise was controversial, but it was easy to understand Thelma’s rage at being pushed too far, for too long. For lesbians, the kiss the women share just before the film’s famous final moments invited an erotic reading of the story. For gay men came the magical discovery of young Brad Pitt’s six-pack.

Showgirls came out in 1995. It was one of the most controversial films of the 1990s because of its over-the-top sex and nudity. The film stars Elizabeth Berkley as Nomi Malone, an itinerant young woman determined to dance in a Vegas spectacular. Nomi gets involved in a treacherous love triangle with Cristal Connors (Gina Gershon) and her wealthy boyfriend. Showgirls was classic lesbian sexploitation–it was made by the same men who created Basic Instinct. The fact that it flopped critically and financially felt like a victory for women and lesbians, a blow to the patriarchy! The fact that LGBT audiences could still revel in its campiness was the cherry on top. We could defuse politically oppressive stories by appropriating them, the same process that allowed us to successfully steal back the word “queer.” Perhaps my reaction at the time was naïve. Once it was released on home video, Showgirls became a cult–and profitable–film. I’m okay with that. Twenty years later, the film feels far less dangerous and far more appealing to LGBT audiences: The classic backstage story recalling The Bad Seed and All about Eve, the unbridled sexual hijinks, and, most importantly, Gina Gershon. She portrays Connors with all the gusto of a Disney villain and seems to be winking at us across the decades, letting us know the movie was ours all along.

I’m not especially interested in comic books. When I saw X-Men in 2000, however, I instantly understood it’s appeal to LGBT audiences. The sci-fi/superhero series centers on a school for so-called mutants who have mesmerizing super powers. Society harshly rejects them, but a wise elder takes them in, teaches them how to harness their abilities, and they form a team that fights for their freedom from persecution. I remember feeling genuinely reassured that a film with a story so reminiscent of LGBT struggle could be such a huge hit. In many ways, that year was, relatively speaking, still the Dark Ages. (No state had legalized gay marriage. The ban on lesbian and gay people serving in the military wouldn’t be lifted for another 10 years.) Over the years, the X-Men movies have testified to the fact that millions of people viscerally understand, whether they know it or not, what its like to be an LGBT young person. Even though LGBT rights have taken enormous strides since the X-Men began, the series has continued to extend the metaphor.

As a kid, I loved The Wizard Of Oz no more or less than my peers. It was a yearly television event. In no way do I remember it speaking to me about my sexuality. Moreover, it would be decades until I listened to Judy at Carnegie Hall and began to understand her aura for gay men. Sure, I can go back and watch The Wizard of Oz and understand how gay men identified with an escape to “Oz” (big cities like San Francisco or New York), one of many queer interpretations. I’m including the film here because it is a mainstream Hollywood movie that, like it or not, for better or for worse, remains a worldwide symbol of LGBT culture. A couple of years ago, I went on a Norwegian cruise. Norwegian, as well as other cruise lines, it turns out, have a nightly cocktail hour called Friends of Dorothy, decades-old code for gay. The Wizard of Oz is simply inescapable in the same way that the rainbow flag is. I once saw both as outdated and sentimental. Now that so much has changed for LGBT people and those symbols have lasted through it all, I’ve come to think of them warmly. In the same way that baguettes are part of French culture whether or not you can tolerate gluten, The Wizard Of Oz belongs to me.

TAGSAll About Eve Some Like it Hot Thelma and Louise