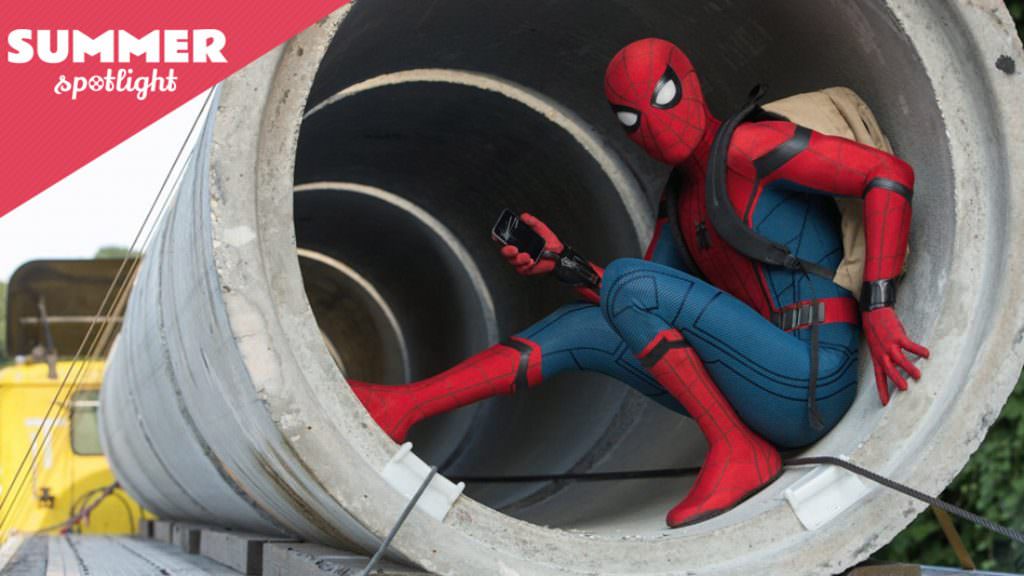 From Instant Classics to Iconic Summer Films, 15 Movies to Beat the Heat

With summer in full swing and temperatures on the rise, we wanted to provide you with a list of classic summer movies to choose from to beat the heat.

If you want to keep it current, this summer has provided a bevy of spectacular films already—Spider-Man: Homecoming just opened to a monster weekend and rave reviews (it helps to have such a good villain), Baby Driver changed the way soundtracks are used in films (and is also just an absolute blast of a movie, read our interview with writer/director Edgar Wright here), and what more do you need to know to go see Wonder Woman (possibly for a second time)? Fine, we'll give you another reason to go see Wonder Woman—to marvel at the work of stunt performers like Annabel Wood, who told us that working on Wonder Woman was one of the joys of her career. Need more? No problem; make sure you see this Friday's War for the Planet of the Apes, which has some of the strongest buzz and early reviews of any summer film in years.

If you're looking to stay home and keep things classic, you will probably want to begin with the film that began the summer blockbuster phenomenon, Jaws (1975). Steven Spielberg famously kept the shark hidden for most of the film (a narrative technique that has now been used by countless horror directors), but at the time he did so out of neccessity—the mechanical great white wasn't functioning proplerly. Staying on the deadly end of the summer spectrum, how about fast forwarding two decades to another film that changed the summer blockbuster formula, this time raising the bar for what we expect out of special effects (no mechanical sharks here). We're talking about Independence Day (1996), which utilized state-of-the-art CGI and a great cast, including Will Smith and Jeff Goldblum, to deliver a mega-sized alien invasion, memorably blowing up the White House, a moment first seen in an unforgettable Super Bowl Ad.

Although no one wants to be back in the classroom right now, summer's the season of classic films that deal with the pressures and pleasures of school. First up is Richard Linklater's seminal Dazed and Confused (1993), which launched the career of Matthew McConaughey ("Alright, alright, alright" is practically his personal anthem), and got incredible performances from a sprawling cast that made the most of limited time screen, including Parker Posey, Ben Affleck and Milla Jovovich. And let's not forget Carl Reiner's weird, wonderful Summer School (1983), where gym teacher Freddy Shoop (Mark Harmon) is all set to head to Hawaii when he's forced to either teach summer-school English or risk losing his tenure. The film includes some inspirational gross out gags and is so 80s it'll make you smile fondly at the hair and the pleated jeans (if you remember the 80s).

In the mood for a little love (and heartbreak)? There are plenty of summer classics that'll do just fine. Start with Dirty Dancing (1987) of course, the iconic summer love and dance (and love of dance) movie that starred Jennifer Grey as Baby, a moody, slightly spoiled senior in high school and Johnny (Patrick Swayze in his prime) as the summer resort dance instructor who decides to make her his dance partner—their eventual romance is both inevitable and deeply satisfying. If you want to do a little less brooding and a lot more whimsy and twee, there's (500) Days of Summer (2009), which finds Joseph Gordon-Levitt's life unravelling when his girlfriend, Summer (Zooey Deschanel) suddenly dumps him.

For sporting summer films, there's Harold Ramis's legendary Caddyshack (1980) that boasted a veritable who’s who of mega stars at the time, including Chevy Chase, Michael O'Keefe, Rodney Dangerfield, Ted Knight, and Bill Murray. This iconic comedy was premised on a caddy scholarship, a bunch of snobs, a psychotic groundskeeper (Murray), and the millionaire slacker and golf wizard (Chase) breezing through it all. For more a wholesome affair, The Sandlot (1993) is centered on exactly what you think it's about; a group of kids becoming friends playing baseball on a sandlot, and getting into a bunch of wacky, wonderful adventures. With a bit of Caddyshack's DNA, David Wain's Wet Hot American Summer (2001) combines a lot of weird, improvisational brilliance with some pent-up sexual frustrations into a combustile, glorious whole. The film centers on the last day of camp, where a group of counselors are trying to do all the things they wanted to, but hadn't yet, before it's time to go back to the real world.

And finally, for two summer films that can also claim to be cinematic masterpieces, look no further than George Lucas's American Graffiti (1973) and Spike Lee's Do The Right Thing (1989). The former follows the last day of summer vacation in 1962 for pals Curt (Richard Dreyfuss), Steve (Ronny Howard), Terry (Charles Martin Smith) and John (Paul Le Mat) as they cruise small town California while a mysterious disc jockey (Wolfman Jack) spins classic rock'n'roll tunes. The latter, one of the most seminal films of the decade, puts race front in a center in a sweaty, wild, genre-defying summer film for the ages. Salvatore "Sal" Fragione (Danny Aiello), the owner of a pizzeria in Brooklyn gets into a debate with Buggin' Out (Giancarlo Esposito) over the pizzeria's Wall of Fame, because it only shows Italian actors, while Buggin' Out believes a pizza shop in a black neighborhood should showcase black actors. This dispute draws in people from the neighborhood, and allows Lee to take a larger look at the issue of race in America in one of the greatest summer films of all time.