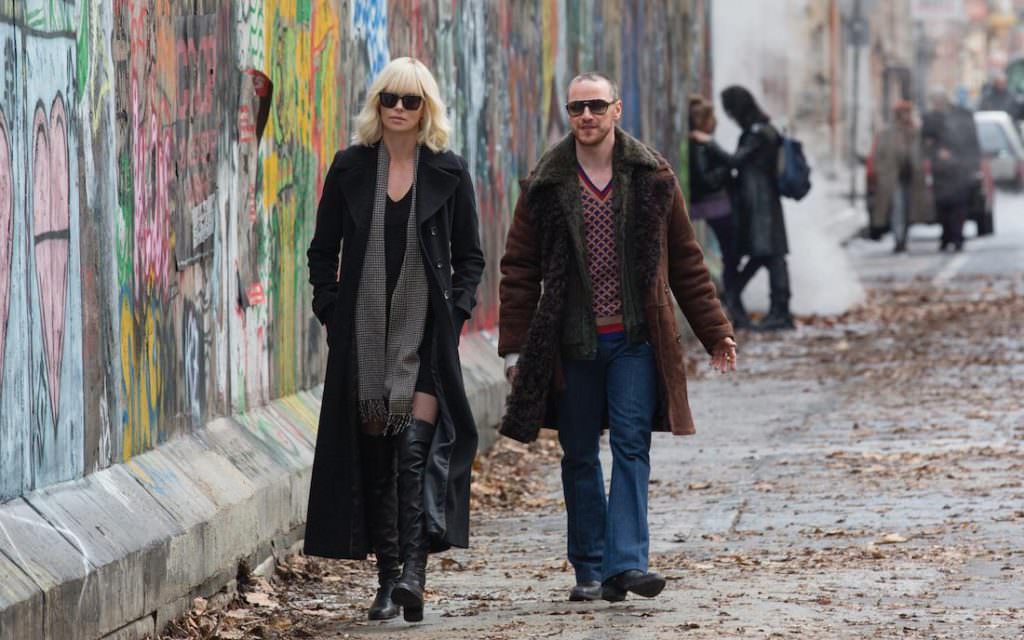 Welcome to Berlin in this new Ferocious Atomic Blonde Clip

Stunt coordinator and John Wick director David Leitch (he's also the man behind the upcoming Deadpool 2) has found an even more perfect vessel for his hyperstylized, ingenuously crafted fight sequences than Keanu Reeves in Charlize Theron. As we wrote when we saw the film at SXSW, there's an incredible scene towards the end of the film that might go down as one of the best actions sequences of the decade, a bravura five minute sequence where Theron battles dozens of henchmen in what appears to be a single cut.

Set in 1989 just days before the fall of Berlin Wall, adapted from Anthony Johnson’s graphic novel “The Coldest City,” Theron is Lorraine Broughton, an undercover MI6 agent investigating the murder of a fellow agent and searching for a list of double agents. She’s a woman who enjoys ice cold vodka and precisely zero small talk. Joining Theron and McAvoy are John Goodman, Til Schweiger, Eddie Marsan, Sofia Boutella and Toby Jones.

Atomic Blonde goes off on July 28.