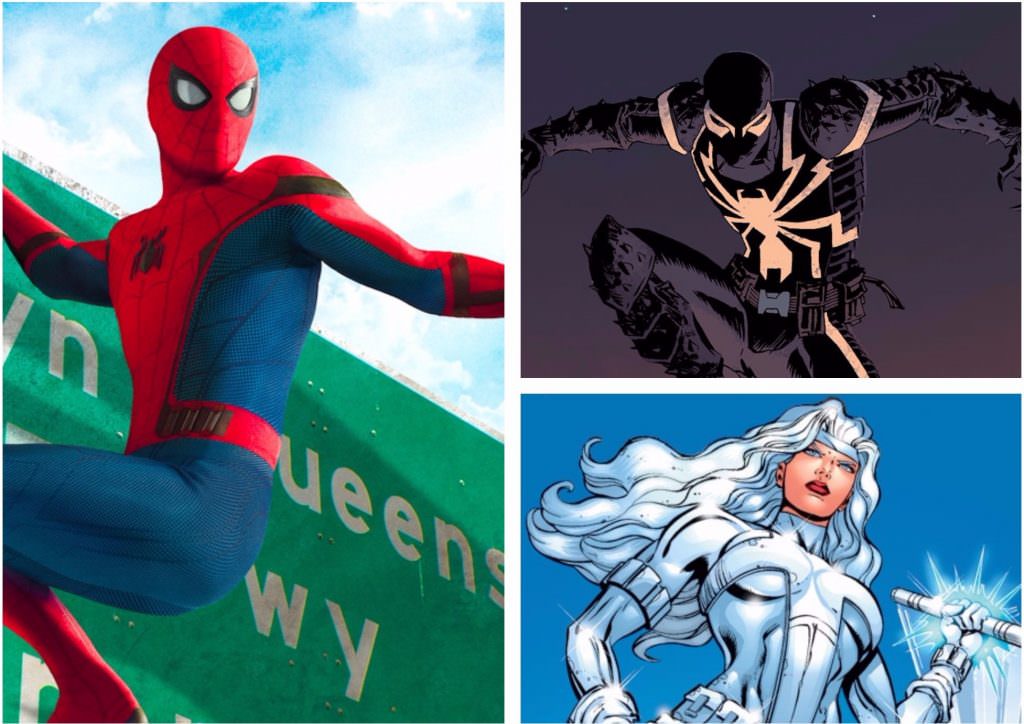 When we wrote that Sony had made some major moves with their Spider-Man spinoffs, Venom (casting Tom Hardy) and Silver and Black (nabbing director Gina Prince-Bythewood), we were always hoping that they’d eventually intersect with Spider-Man. Now, Spider-Man: Homecoming producer Amy Pascal has said that all three of the films will exist in the same world, leaving the possibility open that Tom Holland’s Spidey could pop up in the spinoffs.

Pascal spoke in a recent interview with FilmStarts (you'll want to translate the page from its original German) about how despite the fact that Spider-Man: Homecoming is connected to the MCU in a way the other films won’t be, the new films will be connected to Peter Parker’s world:

"Both movies will all take place in the world that we’re now creating for Peter Parker. I mean, they’ll be adjuncts to it, there may be different locations, but it will still all be in the same world and they will be connected to each other."

Having Spider-Man pop up in the Venom and Silver and Black films would go a long way to goosing interest in projects that are already of interest to millions of fans. Here's Pascal on how this could be the case:

"There’s a chance [that Spider-Man will appear]. There’s always a chance. I think one of the things that Kevin has done with Marvel that was so brilliant is by bringing the fans along and making each movie seem like a chapter in a book, that you have to read that chapter in order to go forward. And I think the investment that the fans get to feel in being a part of a larger story and understanding what’s happening, I think is something that I know Sony would want to emulate.”

This is far from a guarantee that Sony will be able to thread Spidey through these upcoming films. The Marvel Cinematic Universe is a huge, complex machine, with a ton of moving parts that requires years of planning and prep. Venom is slated to be an R-rated film, for example, and it's unclear how exactly Spidey would fit into that film, his own new franchise and Silver and Black. Might Sony be negotiating a way to make Venom and Silver and Black a part of the MCU? Possibly. If Sony does work out a deal with Marvel, that means Marvel president Kevin Feige will become intimately involved with the entire creative process behind Venom and Silver and Black, otherwise there's no way that Marvel would allow these films to exist within the MCU.

We'll keep you posted on any future developments. For now, Pascal has floated out an intriguing possibility here, one we're sure many fans would be excited about.