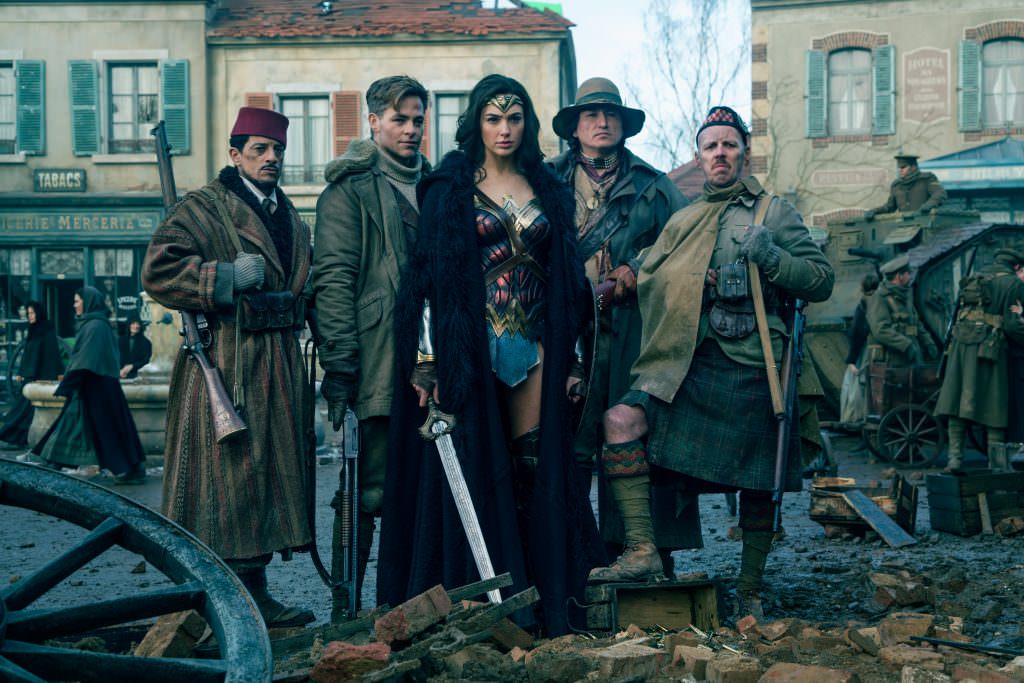 How They Shot that Wonder Woman and Batman v. Superman Crossover Photo

The iconic cross-over photo featured in both Batman v. Superman: Dawn of Justice and Wonder Woman had to be shot twice, cast and crew revealed. The glass plate image features Diana Prince (Gal Gadot), Steve Trevor (Chris Pine), Charlie (Ewen Bremner), Sameer(Said Taghmaoui), and Chief (Eugene Brave Rock) following a major battle scene and the picture ties the two films together. Batman v. Superman was released about 4 months after Wonder Woman started production and the photograph was shot about half a year before the film was even set in motion.

The photo was taken on an unfinished set before any scenes had been shot for Wonder Woman. The idea for the scene surrounding the photo came to be while the cast and crew were shooting the photograph for Batman vs. Superman. The image plays such a powerful role in the film, it’s hard to imagine the scene didn't previously exist.

Recreating the scene proved to be a difficult feat, yet the incredible Patty Jenkins pulled it off. When it came around to the shooting the picture a second time, the sets were completely built. While eagle-eyed viewers can spot a few differences between the original photo and the scene from the film, the two are practically identical.

The effort turned out to be worth it. While many didn’t catch the significance of the photo in the first film, the now famous photo links the two DC films and packs an emotional punch in Wonder Woman.

Check out the awesome picture in Wonder Woman out now.