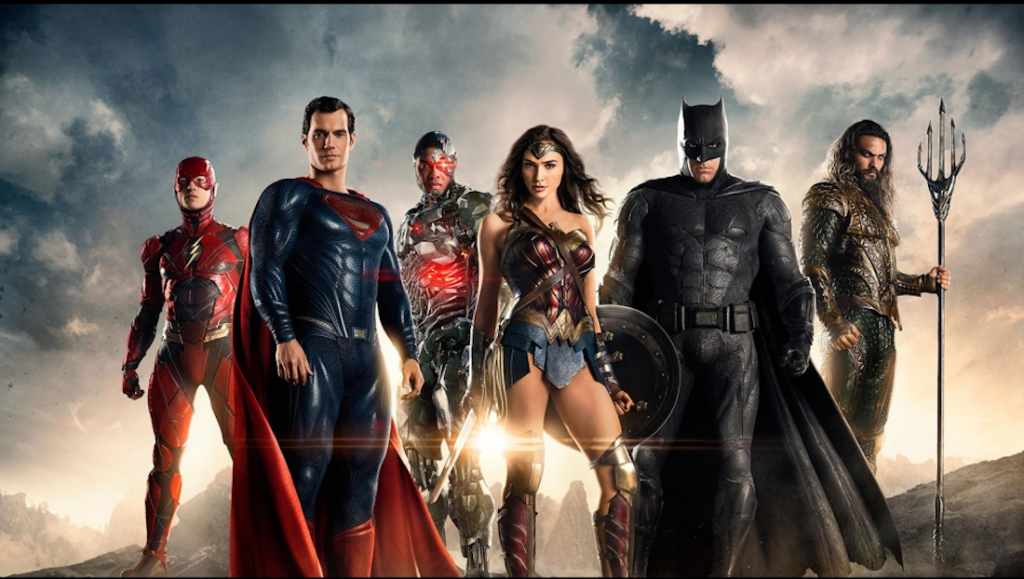 In cased you missed it, a week ago director Zack Snyder teased some footage of Aquaman (Jason Momoa) from Justice League, as a little reverse birthday gift he delivered to fans. The shot is brief but beautiful, showing the superhero in his natural element. In just five seconds, we watch Aquaman swim up to a man on a throne, which most people speculate is Willem Dafoe’s Nuidis Vulko. Aquaman’s movements are impressively graceful and fish-like, and his underwater kingdom of Atlantis is a richly textured environment.

Snyder also released this image of just how they captured this footage. In the shot, we see Momoa being held by a robotic arm in front of a green screen. The arm helps him achieve that entirely inhuman swimming style, while his hair, which is tied up, and the rest of the underwater environment is created in CGI in post-production.

It’s a clever solution to what could have been a major problem. When one of your main characters does most of their superhero work in a completely different environment, and that environment is underwater, Snyder and his team needed an effective way of making Aquaman’s movements look realistic without relying solely on CGI. Yes, the environment of Atlantis will be computer generated, by that’s really Momoa attached to that robotic arm, and his physicality will (hopefully) help sell his underwater heroics.

Here’s the film’s synopsis: Fueled by his restored faith in humanity and inspired by Superman’s selfless act, Bruce Wayne enlists the help of his newfound ally, Diana Prince, to face an even greater enemy. Together, Batman and Wonder Woman work quickly to find and recruit a team of metahumans to stand against this newly awakened threat. But despite the formation of this unprecedented league of heroes — Batman, Wonder Woman, Aquaman, Cyborg and The Flash -— it may already be too late to save the planet from an assault of catastrophic proportions. 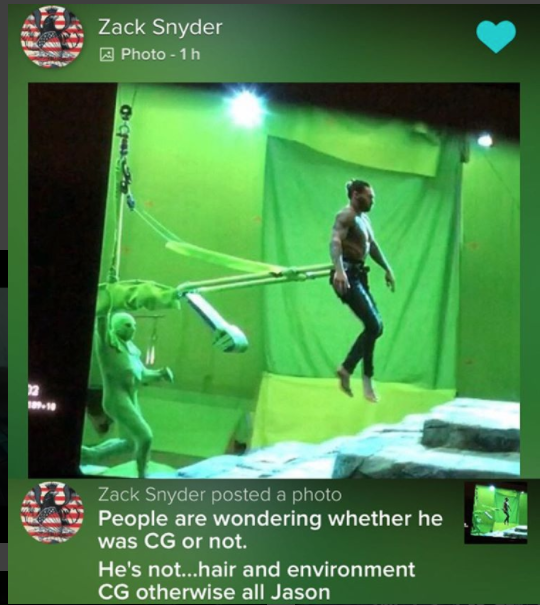