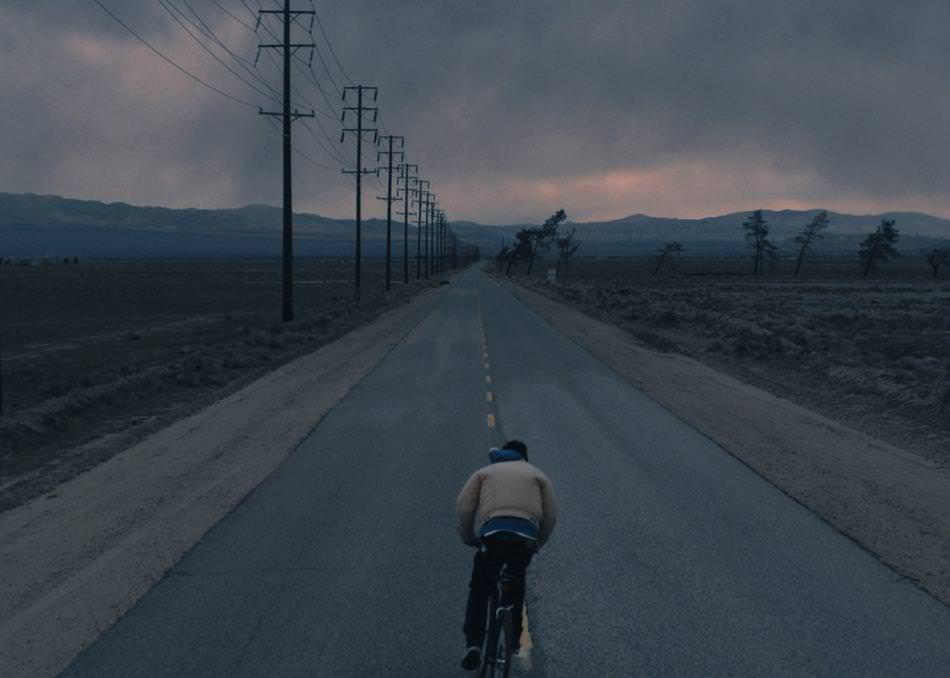 California Dreams is a bizarre study of five Southern Californians trying to make it in Hollywood. The film features Cory Zacharia who has hopes of becoming an actor, but seems unaware that he’s already the lead in the film. Billed as a documentary, the movie has some hallucinatory moments like a running gag of Cory being chased by a Dog the Bounty Hunter impersonator and collecting twenty-dollar bills that fall from the sky in a field just when he needs them. Although director Mike Ott insists that the film is true, it sometimes plays like a Christopher Guest mockumentary with a Harmony Korine style ending. Perhaps it doesn't matter in the end. They're just dreams, afterall.

We had a candid conversation with filmmaker Mike Ott about where he discovered the stars of his film, the surreal feeling of the documentary, getting his characters to open up on screen, and more.

I watched the movie and tried to do some research, but I still can’t tell what’s real. What this truly a documentary?

We purposely try to make it as confusing as possible so you don’t know what’s real and what’s fake. For the most part, the majority of it is real. Obviously we set stuff up for Cory, but all of the conversations with him and his mom – none of that is scripted. We just put the camera on and we all went outside and were watching. All of the interviews that Cory does, that was just him talking to the people in the car. It’s kind of a blended mix of fiction and documentary but mostly documentary. I wish I was that good of a writer, but unfortunately I’m not.

Where did this idea come from?

I read this article about celebrities and their favorite movie. I had read that Trump’s favorite movie was Citizen Kane and I thought that was really interesting how much that movie reflects him in a way. It got me thinking about this idea of the kind of art what you’re attracted to and what that says about you. I just had this idea of having people come in and do a scene from their favorite film and try to figure out how it connects to their life or why they picked it or how they see themselves in the movie. To find people we just went to dive bars and grocery stores and put up flyers to try to find non-actors to come in.

Some of the most interesting parts are the car confessionals that you shoot from the back seat. Why did you decide to take that approach?

The first thing that we had was Cory talking to that guy and he’s telling all about his sexual experiences. That was from another film like 5 years ago. Even when I watch it now, it tears me up. He’s so sweet and so sincere and the way he goes through every emotion in an eight minute shot. He laughs hysterically to almost crying. I think it’s a really beautiful moment. We were in between shots waiting for the sun to change and Cory just started telling the other actor all of this stuff about his sex life so we just started recording it. It was just this thing that we had for a long time that I wanted to do something with. When we started making this movie, that was the origin of the idea. Cory would do all of the interviews with people. I didn’t really want to do the interviews. I hate documentaries where there’s just a talking head and me asking the questions. Cory has this lovely ability to disarm people and get them to open up, which I could never do.

Did you ever worry that no story would develop and you would end up without a movie?

I would have kind of an idea of what I wanted, but something like this, you never know where it’s going. They would be in the car and we’re watching from outside. I would sometimes text Cory questions to ask if it’s getting boring or going off topic. What I love about Cory is that he always messes up, but in the mess up it’s usually more interesting than my idea. He’ll get the questions wrong, but it will take it some weird direction.

All of your stars want to be actors and while a lot of the film is like a documentary, some of it felt very cinematic. Was that intentional?

The entire time, the one thing me and  (cinematographer) Mike Gioulakis and I talked about was making it as thematic as possible. Not doing this handheld cinema verite kind of style. We wanted to make it super cinematic. The whole movie is kind of cinema so they’re all able to be an actor playing their own selves in their movie so we tried to make it as cinematic as we could.

These characters are people who want to be in films, but haven’t made it yet. How did you prevent from making a mockery of their lives?

I didn’t know how other people would take it. People who don’t like the movie obviously don’t think it’s funny. I think it’s important to have some humor in there. I think there are definitely people who think I’m making fun of them. My problem with that is I think that says a lot more about the people watching it. I think people have a narrow-minded view of what a movie is and who can be in a movie. The people that want to see movies with only handsome and beautiful people as the center, that doesn’t interest me at all. All of these characters are genuinely interesting and funny and not all depression. Some of them may have dreams that are way out there, but I still think it’s important to be able to laugh with people. I didn’t want to make it super depressing and sad.

How much footage did you shoot to make an hour and a half film?

Maybe total we had twelve or fifteen hours of footage. It wasn’t a ton for documentary stuff where you don’t know exactly what you’re going to get. We didn’t really know what it was going to be when we started. We were just shooting things and coming up with ideas. We shot over two years. We would shoot one weekend and then not shoot for a month. Then we would shoot for three days and not shoot for two weeks. It was very pieced together. Part of the process that was nice was that we were able to watch what we shot and cut it together. We came up with more ideas of what we should do. I was nervous the entire time that it was going to fall apart or it wasn’t going to turn out the way I would hope or be something interesting. That’s something that I like is not knowing, but it’s also super nerve wracking.